In this post, I will cover a basic end-to-end example of deploying an ASP.NET MVC web application from source code to Production using Azure DevOps. The web app will be hosted within Windows Virtual Machines (VMs). While it’s worth mentioning that hosting web applications using Azure PaaS offerings or via containers would be the preferred route for a variety of reasons, VMs are still widely used in many organizations. With that scenario in mind, this post is geared to helping you get started with streamlining your release process. As a note, much of this process translates easily to using Azure PaaS offerings.

The diagram below outlines the CI/CD (Continuous Integration/Continuous Delivery) pipeline we’ll be setting up. The CI/CD pipeline is a practice used by DevOps teams for delivering code changes more frequently and reliably. This enables agile teams to shorten cycle times, improve quality, and deliver value faster. The pipeline below is not intended to be fully comprehensive (e.g., no UI testing, security scanning, load testing, etc.), but has the core components needed to get started. The only prerequisites needed here are your VMs, and an Azure DevOps account (or alternatively, using Azure DevOps Server, previously known as Team Foundation Server).

To enable the CI part of the pipeline, go to the Triggers tab in the build, and check the box for “Enable continuous integration”. The build will now be triggered whenever any code changes are committed to the repository for the branch specified. As a good general practice, you should have your CI/CD commits done using Pull Requests in conjunction with a branching strategy.

A deployment group is a logical set of deployment target machines that have agents installed on each one. Deployment groups represent the physical environments; for example, “Dev”, “Test”, “UAT”, and “Production”. To setup a deployment group, follow these steps. Once setup, this can be used within the release. 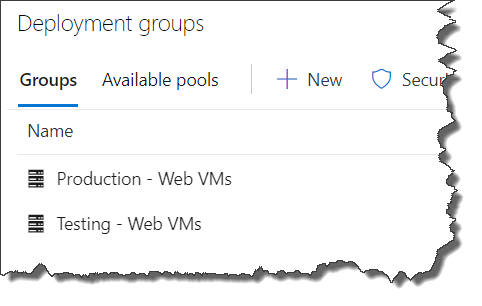 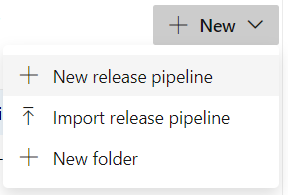 From here, select the “IIS website deployment” template as this will get the basic tasks in place

Once completed using the steps outlined below, the release pipeline should look like this:

For the purposes of this setup, VMs can be host in Azure or On-Premise. For VMs hosted in Azure, you can use hosted agents in Azure DevOps. In case the VMs are hosted on-premise, you’ll have to setup self-hosted agents to provide Azure DevOps visibility to the VMs, as shown in the diagram below. You can get more information on agents in the MS Docs here. 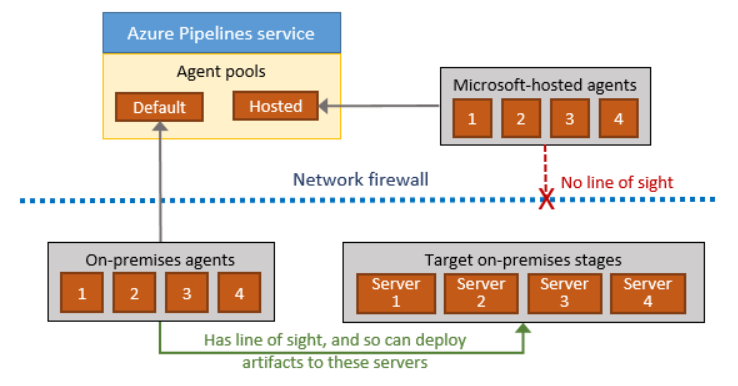 As I’ve demonstrated here, Azure DevOps offers a robust & easy to set-up platform for your Pipelines. When you use this in unison with the other out-of-box components (Boards, Repos, Test Plans, Artifacts) along with the rich library of marketplace extensions (SonarQube, Docker, Chef, Jenkins, WhiteSource, Slack, Teams, Octopus, etc.), you get a complete DevOps setup. You can get more information on these Azure DevOps components here: https://azure.microsoft.com/en-us/services/devops/.

How To Update Visual Studio 2019 Asp.Net Core Angular Project
The updated Angular project template in Visual Studio 2019 (and 2017 before that) provides a convenient starting point for ASP.NET Core apps using Angular and the Angular CLI to implement a rich, client-side user interface (UI). The template is equivalent to creating an ASP.NET Core project to act as an API backend and an Angular CLI project to act as a UI.

Developer Support
April 24, 2019
0 comment
Microsoft Build Kickoff 2019
Microsoft Build is set to kick off next week from May 6-8. As a developer, this is not an event you want to miss. Build sets the stage for what is to come from Microsoft in the months ahead-- announcements, strategy, and technology innovation that will shift the landscape.