Today we released PIX-1903.26, available for download here. This release includes support for Variable Rate Shading in GPU Captures, and it adds support for Occupancy on NVIDIA Turing GPUs such as an RTX 2080.

Variable Rate Shading (VRS) is a powerful new DirectX 12 feature that allows applications to significantly reduce their pixel shading work in exchange for minimal loss of visual fidelity. It was announced last week over on the DirectX blog.

PIX fully supports applications that use VRS. In particular, PIX’s GPU Captures support capture and replay of VRS API calls. This allows VRS developers to inspect their shading rates in PIX and see the impact on their rendering work: 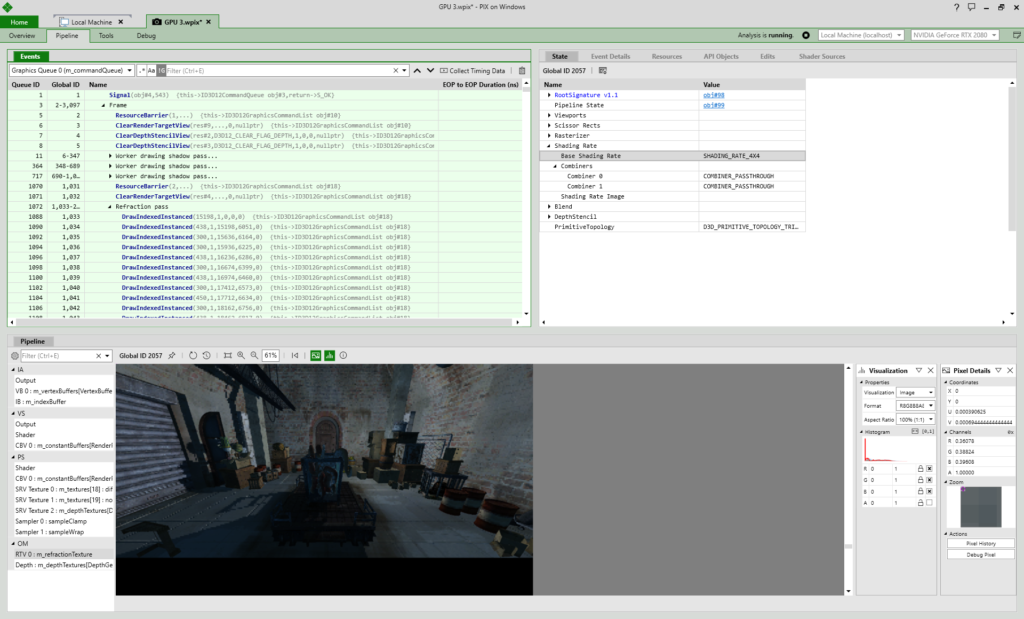 (Note: PIX had “Day One” support for VRS because the last PIX release secretly supported VRS! This is the first time we’ve discussed VRS on the PIX blog though.)

The Occupancy graph complements PIX’s other performance features such as High Frequency Counters, which are already supported on GPUs from AMD, Intel and NVIDIA. Here’s an updated table of supported features on modern GPUs from each IHV: 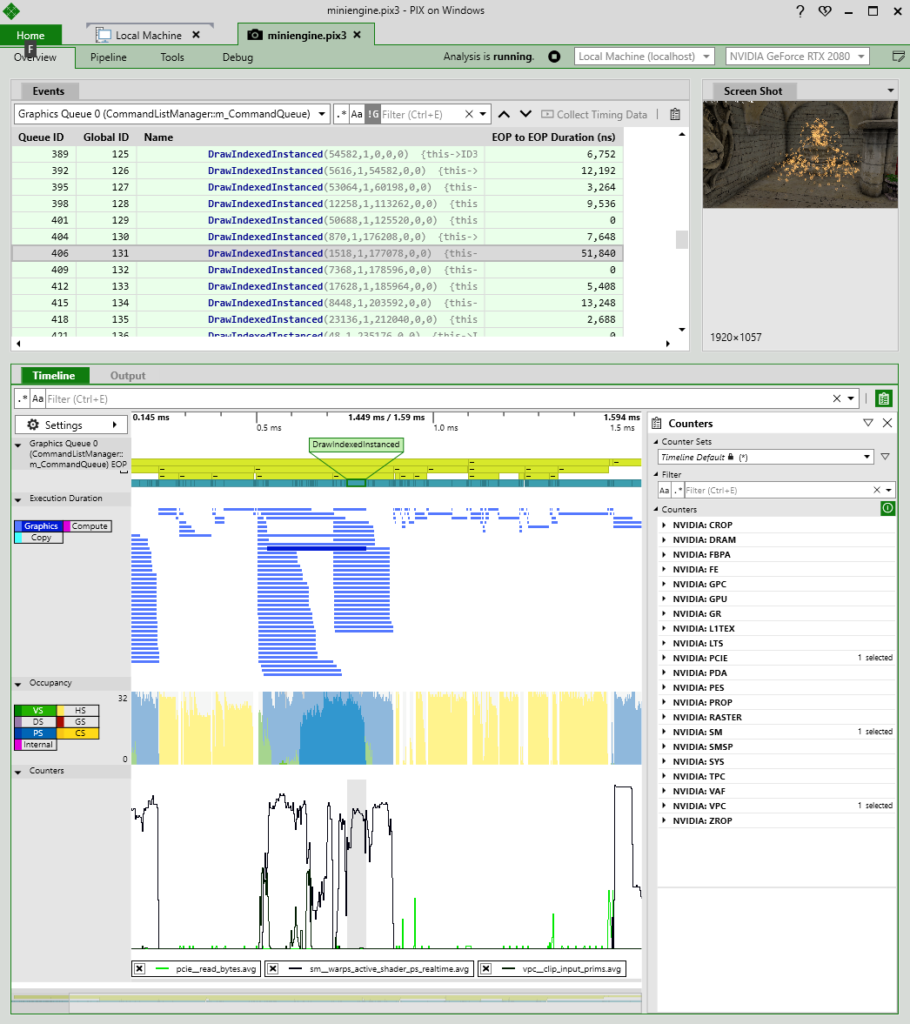 This release also adds a detailed description to each High Frequency Counter group on NVIDIA Turing GPUs. This will make it easier to navigate the list of counters. As always, if you have any feedback on PIX then please don’t hesitate to use the feedback button (in the top-right corner of PIX) to contact us!

Damyan Pepper
April 24, 2019
1 comment
PIX CPU Tools Reboot!
A few weeks ago we released a version of PIX that includes a Preview release of a new implementation of Timing Captures.  This release represents a significant reboot of...