In the world of game development , Cocos2d is one of the biggest names out there. The open source Cocos2d framework has been the backbone of a vast number of top selling apps and games, provides support for a number of programming languages, and targets a massive variety of devices. Currently, Cocos2d-x (the C++ version of Cocos2d) provides starter projects for Android targets for Eclipse and Android Studio and starter projects for Win32, Windows 8.1,  and Windows 10 targets for Visual Studio. Starting with Visual Studio 2015,  Visual Studio has added in a wealth of support for C++ projects that target not only Windows platforms but Android and iOS platforms as well. With some new Android support added in Visual Studio Update 2, this seemed like the perfect opportunity to allow Cocos2d-x users a chance to utilize Visual Studio’s  incredible editing, debugging, and deployment support for their Android development work. To this end, we’ve provided a starter project that can be dropped in with the Cocos2d basic template projects to allow for a quick start with Android Cocos2d-x development using Visual Studio. This starter project is intended to work with Cocos2d-x version 3.13.1 and will need manual adjustments to work with other versions of Cocos2s-x (there is an older version that works with 3.12 provided at the bottom of this post).

The first step in this process is to set up a new Cocos2d-x project following the standard pattern.

First off, download the newest version of Cocos2d-x and unzip the file to your convenient location of choice. 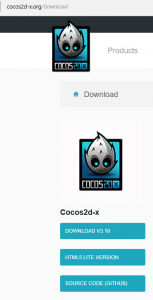 Next, take a command prompt and navigate to the Cocos2d-x directory that you unzipped into. From that directory, run setup.py to set up the development environment for Cocos2d-x, making sure that you have python installed on your system first. When the environment is set, the cocos command line tool can be used to create a new empty Cocos2d-x project.

This command will create a new game directory called MyNewGame in the projects directory. The –l variable indicates that this is a C++ project that we want created. In this new directory, you will see the see the following directory structure. 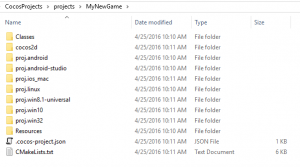 This structure breaks down in the following way. The cocos2d directory contains the Cocos2d-x framework code. The engine code, platform- specific code, third party libraries, and things of that nature all go in here. Must of the time you’d hope to not have to change this framework code during development, but the great thing about Cocos2d-x being open source is that all the framework code is right there to debug into and edit if needed. The Classes folder contains the actual user C++ code that contains the code for the game. For the Cocos2d-x example, this is just a super basic scene which puts Hello World text and a static sprite image on a splash screen along with an FPS ticker and a close button. This is the directory where the user is expected to add and work with their game code. The Resources directory contains the various resources that will be a part of the game. Images, resources, music files, models, and all the like go here. And finally we have all the proj.* directories. These directories contain project files for targeting the various platforms that Cocos2d-x supports. These project have only a small amount of platform or  build specific files in them. Most of what these project files do is to reference the platform code in the cocos2d directory, the shared game code in the Classes directory, and the shared game assets in the Resources directory. The nice thing about this layout is that you can switch between various build tools and targets while maintaining the same game code and assets.

At this point we want to add in our Android targeting Visual Studio project to this layout. This file can be downloaded below:

Since we are just unzipping this side by side, we don’t participate in the template project renaming that the cocos command line does for the other project types. As a result, the solution and project files have more general names (Cocos2d.sln instead of MyNewGame.sln), and you’ll have to rename them manually to have them match up. Opening Cocos2d.sln will open up the project in Visual Studio 2015 Update 2. If Update 2 is not installed, then one of the projects will not load, so just right click the project and follow the prompts to update Visual Studio with the needed project types. 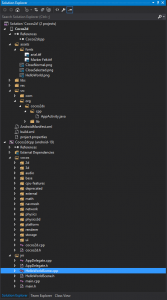 In this solution (I’ve expanded out a few folders for illustration) we have a Visual Studio Android ANT project called Cocos2d. This project contains links to the java platform code in the cocos2d directory as well as to the assets in the Resources directory that need to be included in the apk. The only non-shared code under the src directory is the org.cocos2dx.cpp\AppActivity.java class which extends Cocos2dxActivity and gets the engine up and running on the device. The Cocos2d java project references a Cocos2dcpp shared object project also included in this solution. In the jni directory of this project resides the project- specific main.cpp/h as well as linked files to the AppDelegate and HelloWorldScene files in the project  shared Classes directory. In the cocos directory are links to all the cocos2d C++ framework code from the shared cocos2d directory. At this point you can build your project and deploy it to the device of your choice with Visual Studio debugging support. 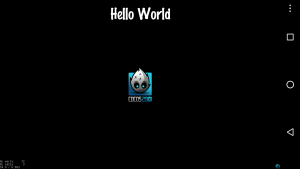 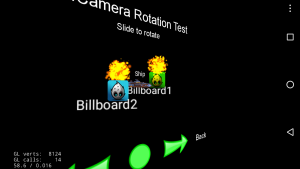 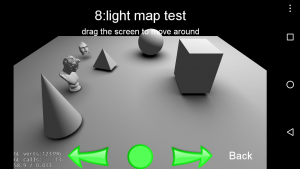 This version of proj.visualstudio works with Cocos version 3.12.