Why is the TFS 2008 version control security dialog blank?

If you install Service Pack 1 for .NET 3.5 on the server (application tier) without also installing Service Pack 1 for TFS 2008, you will not be able to view permissions in version control.  None of your data has been lost.  What has happened is that the code in ASP.NET that serializes the permission data on the server does not work properly when .NET 3.5 SP1 is installed, resulting in empty lists being returned to the client.  TFS 2008 SP1 contains a change that makes it work. 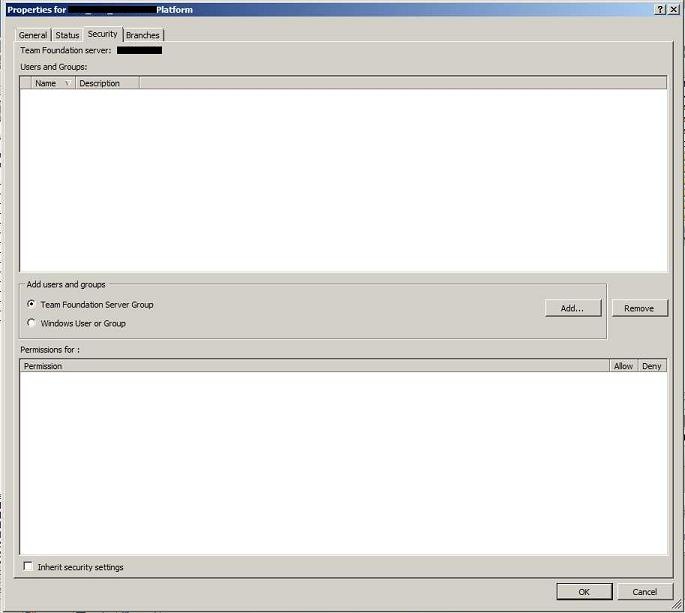