The stream of new stuff coming out for VS/VSTS/TFS 2008 continues! – see my recent post on an update to the TFS Power Tools.  It is time for me to tell you about what is coming in TFS 2008 SP1.  The release of the Beta is very close (as always, don’t ask me for a date but if you want to play with it when it comes out, start figuring out how you are going to find the time :)).

TFS 2008 SP1 is going to be another fantastic release.  In TFS 2005 SP1, we started the tradition of adding small, tactical features that address common customer requests or enable delivering new value out of band.  In TFS 2008 SP1, that practice has gone into overdrive and we are delivering a ton of great new stuff for you.  Keeping with the theory that an SP should always be better (more stable, faster, etc) than what came before it, we continue to focus on tactical “low risk” improvements that are primarily based on customer feedback.  We leave the big game changing, major new scenario features for our major releases.

I’ve blogged a bit about what is coming in Rosario (our next major release); you can read some of our Rosario specs and you can check out our CTPs but that’s not the point of this blog post.  I’m going to start blogging more about Rosario in the next couple of months.  For now I have so much great stuff to tell you about TFS 2008 that I can’t imagine bothering you much with stuff that still a good ways down the road.

In addition to a long list of bug fixes (which I plan to publish when we get closer to SP1 release), there is an amazing list of new features.  The new features in TFS 2008 SP1 include: 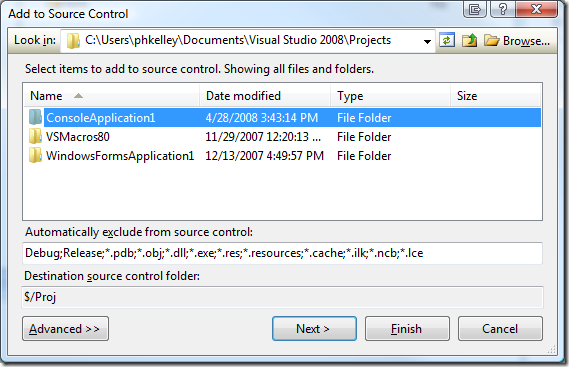 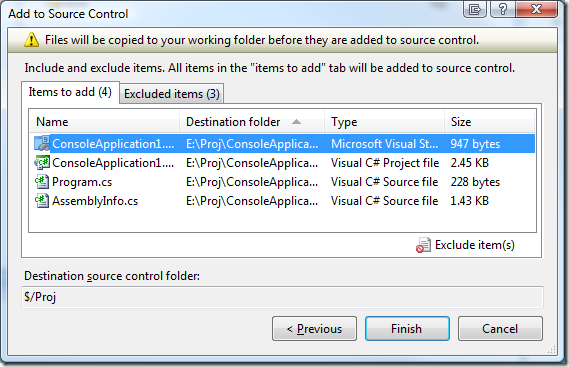 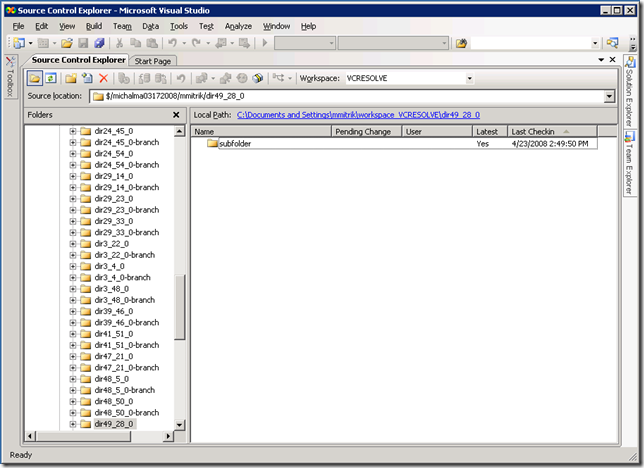 We have received a significant number of reports of problems trying to the the vssconverter to move from VSS to TFS.  In TFS 2008 SP1, we invested very heavily in testing and bug fixing.  In addition to the few high level things I’ve called out here, we fixed many dozens of bugs – many of which were reported by customers.  We have also invested heavily in testing – collecting more than 20 customer VSS databases and making sure that the vssconverter handles them all seamlessly.  I strongly recommend you use this new vssconverter over any previous version.  I believe you will have a significantly better experience.  If you still have problems, we most certainly want to know about them.

As you can see, we’ve packed a lot of value into this service pack.  I hope all of this makes your days just a little bit better.  As always, we’d love to hear your feedback.  At this point, the service pack is just about done, so I can’t take a bunch of new feature requests and get them into this release but we can sure put them on the list for the next one.  I’ll let you know as soon as the Beta is available and I’m eager to hear you feedback.

Another TFS Spec Published
Last week, we published another new spec on "Properties" for TFS.  This spec describes a new feature that allows you to associate properties with different artifacts...

Brian Harry May 12, 2008
0 comment
BizTalk Support with TFS
We get a reasonable amount of feedback from BizTalk users that would like a more seamless experience working with Team System and BizTalk.  The number one complaint ...