Xamarin development is constantly growing and evolving to meet the needs of developers. To help you find the right resources for your development education, we’ve curated a list of community books written about Xamarin. 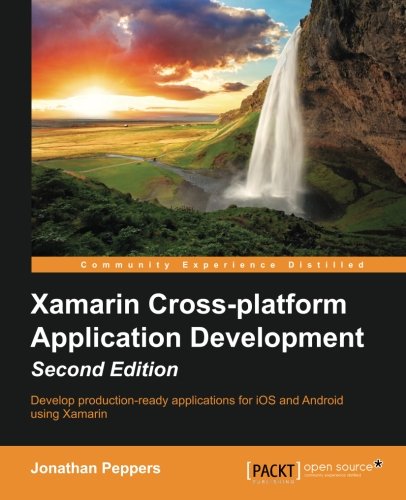 This book is a practical guide to building real-world mobile applications with Xamarin. It outlines the basics of Xamarin by building a chat application, complete with a backend web service and native features, such as GPS location, camera, and push notifications. You’ll learn how to use external libraries with Xamarin and Xamarin.Forms to create shared user interfaces to make app-store-ready apps. With this book, you can transform yourself from an amateur mobile developer to a professional mobile developer. 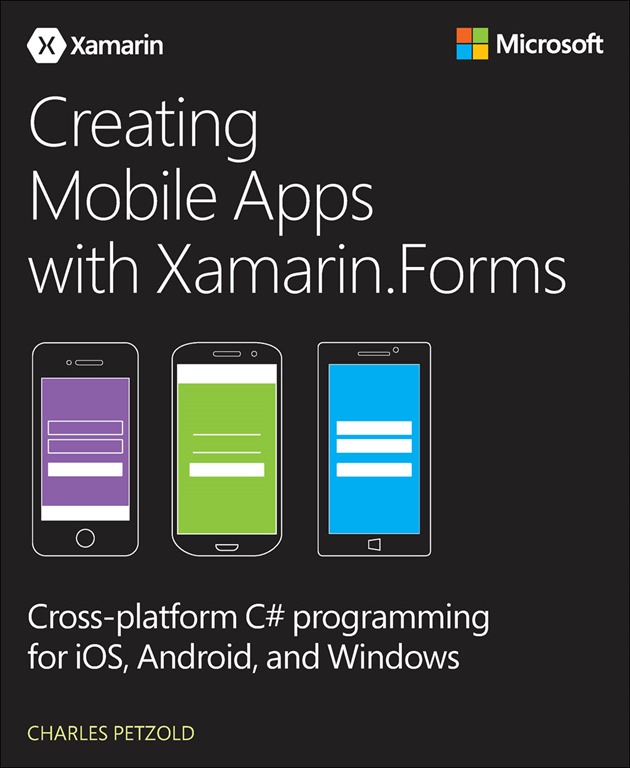 This third edition ebook, now with 16 chapters, is about writing iOS, Android, and Windows phones applications using Xamarin.Forms. Xamarin.Forms lets you write shared user-interface code in C# and XAML that maps to native controls on these three platforms. Written for C# programmers who want to write applications using a single code base that targets the three most popular mobile platforms, this book assumes that you know C# and are familiar with the use of the .NET Framework. Notably, however, Charles does discuss some C# and .NET features that might be somewhat exotic or unfamiliar to recent C# programmers at a somewhat slower pace. 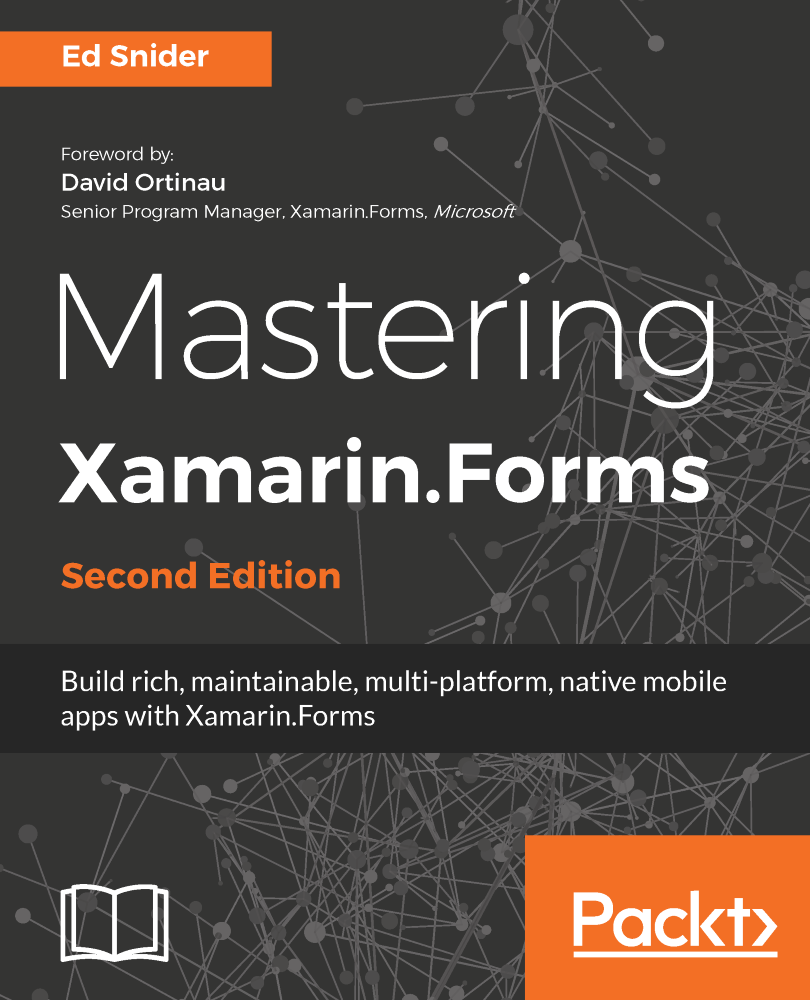 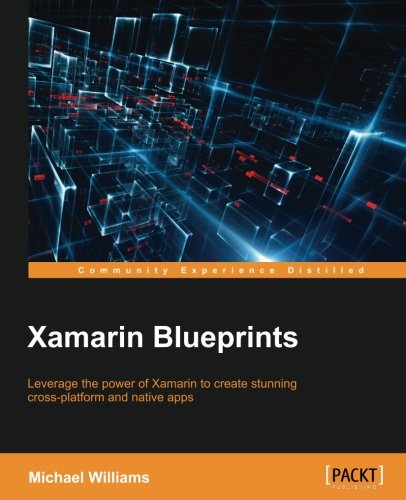 Xamarin Blueprints is a practical guide that will teach you to create professional-grade apps with Xamarin. This book offers instruction on Xamarin.Forms, Xamarin.Android, and Xamarin.iOS by following a learn-as-you-build approach for eight full-fledged applications. If you’re the kind of developer who loves to learn by building, then this is the perfect book for you. After completing this guide, you’ll be a professional app developer across multiple platforms. 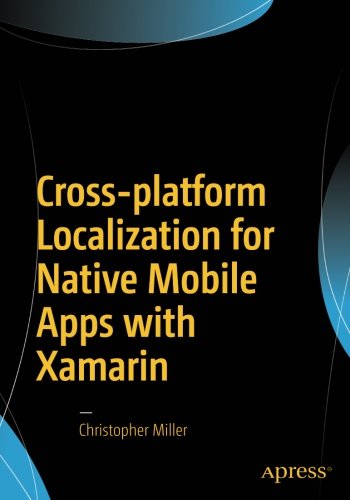 This book is intended to teach you all aspects of Xamarin.Forms necessary to build a multilingual mobile application that runs on Android, iOS, and Windows platforms, and handle the localization and internationalization on each platform. You’ll learn how the Xamarin platform helps you build native apps using a single shared set of language resources in the .NET Framework, and how to tailor your apps to compete in the global market. You’ll also learn how to test applications for localization support and to avoid common pitfalls. Using Xamarin.Forms and Visual Studio, the sample app constructed is implemented for Android, iOS, and Windows 10 UWP, with 99% of the code shared across the platforms. 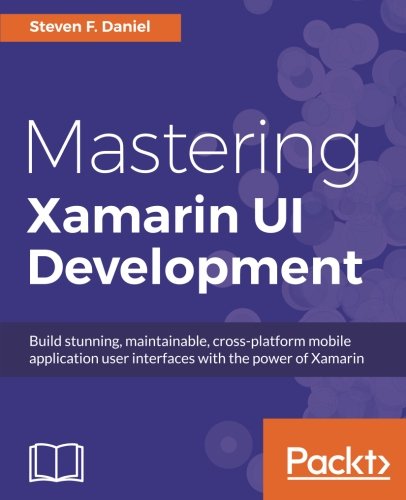 This book provides you with the practical skills required to develop real-world Xamarin applications. You’ll learn how to implement UI structures and layouts, create customized elements, and write C# scripts to customize layouts. You’ll also create UI layouts from scratch so you can tweak and customize a given UI layout to suit your needs using Data Templates. Moving on, you’ll use third-party libraries, such as the Razor template engine that allows you to create your own HTML5 templates within the Xamarin environment, to build a book library hybrid solution that uses the SQLite.Net library to store, update, retrieve, and delete information within a SQLite local database. You’ll also implement key data-binding techniques to make your user interfaces dynamic, and create personalized animations and visual effects within your user interfaces using Custom Renderers and the PlatformEffects API to customize and change the appearance of control elements. 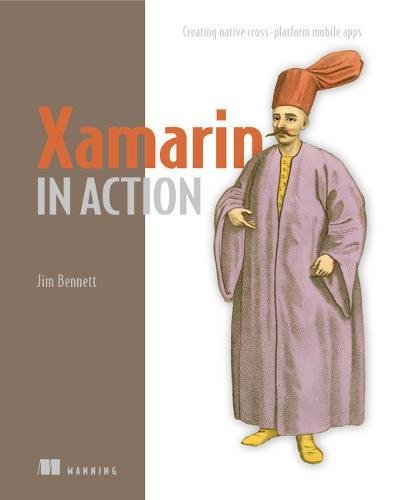 Xamarin in Action: Creating Native Cross-Platform Mobile Apps Author: Jim Bennett Published: November 2017 Xamarin in Action teaches you how to build Xamarin apps on iOS and Android from scratch while maximizing code reuse. This layer-by-layer guide starts by showing you the MVVM design pattern and explaining how it increases code sharing. Next, you’ll start building an app from the ground up. You’ll learn the different layers inside a well written Xamarin app and discover how most of your code can be shared between iOS and Android, how this code sharing can be best designed to allow unit testing of your business layer as well as your UI logic, and dig into code that can’t be shared, like user interface code that’s device specific. Finally, you’ll learn how to take your app from final code to a tested and deployed version on the relevant store. By the end, you’ll be able to build a high-quality production-ready Xamarin app on iOS and Android from scratch with a high level of code reuse.

What you will learn:

This book is great for C# developers with just a few months of experience, as well as those with many years of experience who want to build native mobile apps for iOS and Android using the language and toolset they already know. Use code “xamarininaction” at xam.jbb.io to get 42% off the cover price! 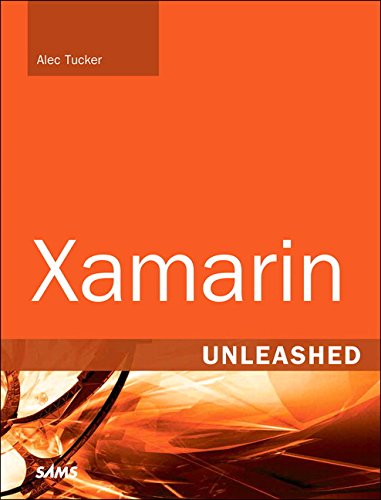 In this book, you’ll learn the fundamentals behind the entire Xamarin workflow. The author explains how MVVM fits into your development workflow and how to utilize best practices when writing your applications. Not just a simple intro guide, you’ll dive into the deep end of the Xamarin swimming pool, even though concepts are presented in a way that anyone can understand (even with little-to-no mobile dev experience).

What you will learn: 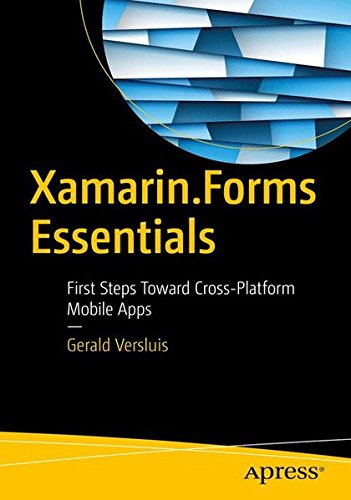 Xamarin.Forms Essentials provides a brief history of Xamarin as a company, including how it has become one of the most used cross-platform technologies for enterprise applications and app development across the world. Examples in the book are built around the real-life example of an actual app in Google Play and in the Apple App Store and has thousands of downloads between iOS and Android. You’ll learn how an application is set up from scratch, and will benefit from the author’s hard-won experience and tips in addressing various development challenges.

What You Will Learn:

Using TensorFlow and Azure to Add Image Classification to Your Android Apps
TensorFlow is a well established, open source machine learning and deep learning framework that can be used to create and run a wide range of different models, ...

Jim Bennett April 23, 2018
3 comments
Implement Drawer and Split UI with the Xamarin.Forms MasterDetailPage
Drawer navigation and master-detail UI are two powerful patterns that guide users through content in applications with significant amounts of data or many pages. ...