Today at Connect() we announced the release of the Visual Studio Tools for Unity 3 Preview. VSTU is Microsoft’s free Visual Studio add-on that enables a rich programming and debugging experience for working with the Unity gaming tools and platform. VSTU 3 focuses on improving on the fundamentals of an IDE: code editing and debugging. The highlights of this release include:

Code Coloration for Unity messages: Unity messages (or event functions) now stand out from other methods in the editor. By default, they’ll be colored like keywords, but you can change them to your liking. In this screenshot they’re configured to be colored in bright orange. 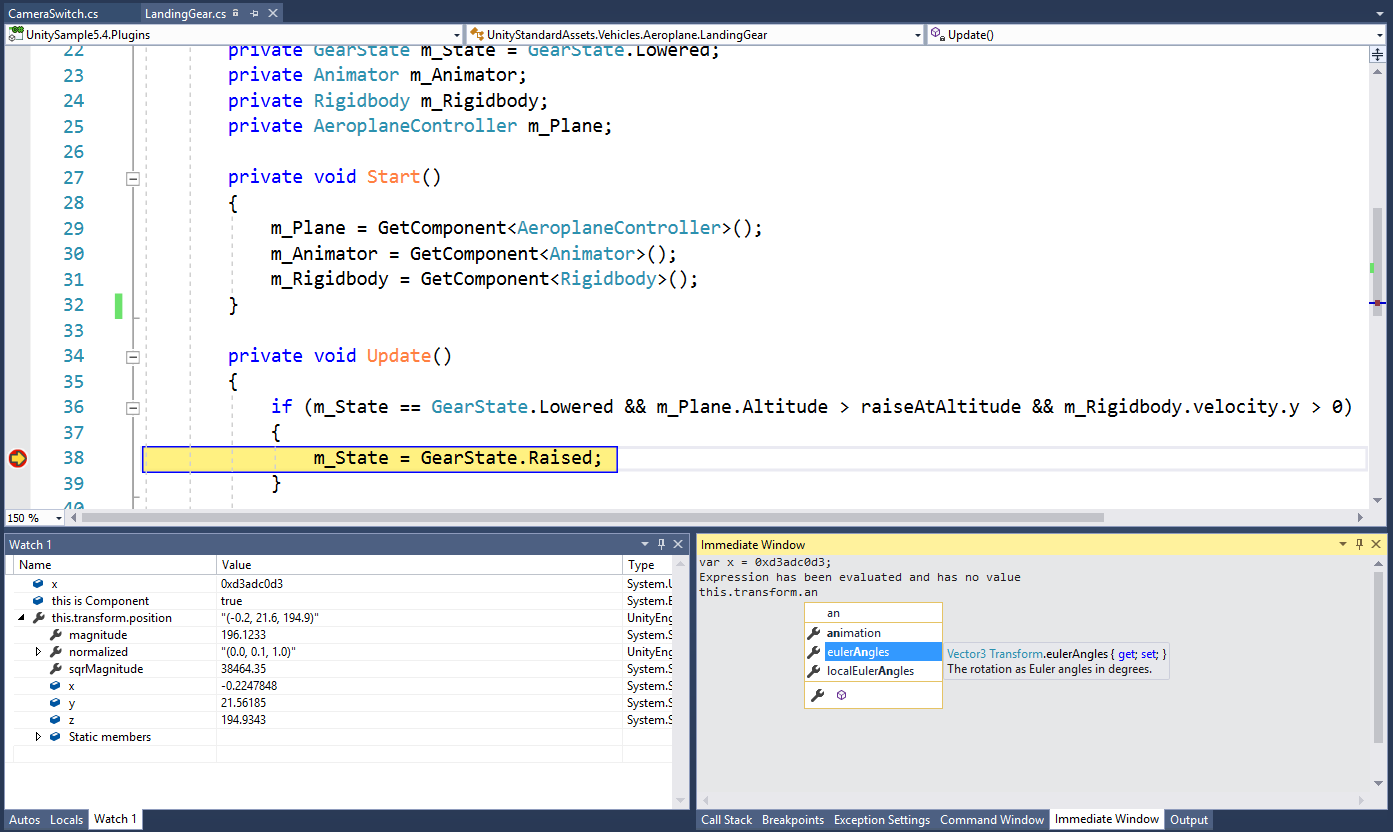 If you have any suggestion or encounter any issue with VSTU 3 Preview, please report it via Report a Problem either from the installer or the Visual Studio IDE itself. Track your feedback on the developer community portal. For suggestions, let us know through UserVoice. Please share your feedback and help us ship a great VSTU 3!