We’re happy to share the highlights of the latest Visual Studio 2017 preview, which is now available for download, including:

We hope that you will install and use this Preview, and most importantly, share your feedback with us. To acquire the Preview, you can either install it fresh from here, update your bits directly from the Preview IDE, or if you have an Azure subscription, you can simply provision a virtual machine with this latest Preview. We appreciate your early adoption, engagement, and feedback as it helps us ship the most high-quality tools to everyone in the Visual Studio community.

And now, without further ado, I’d like to introduce the new features to you.

This Visual Studio 2017 version 15.8 Preview release adds support for launching, deploying, and debugging Android apps from within Visual Studio with the new Hyper-V based emulator. For more information, visit the documentation on enabling Hyper-V based hardware acceleration in the Android emulator. 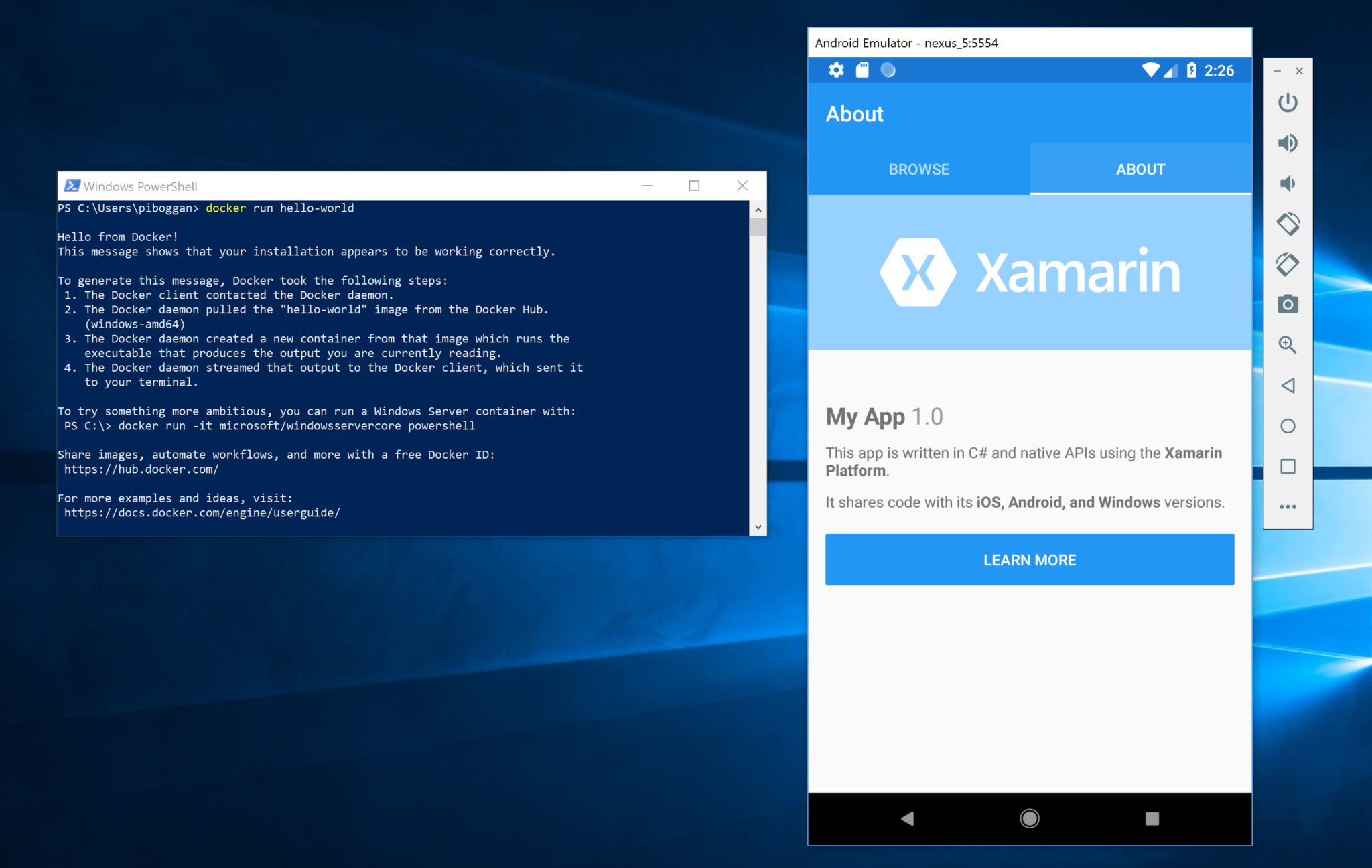 Android Designer: We’d like to call your attention to a couple of improvements to the Android development experience. First, we’ve enabled the split-view editor, which allows you to create, edit, and preview your layouts at the same time.

Second, you can now inject sample placeholder data or images into your views so that you can preview how the layout would behave. Refer to the Preview release notes for additional configuration details. Both of these improvements will make you more productive as you iterate on your UI design. 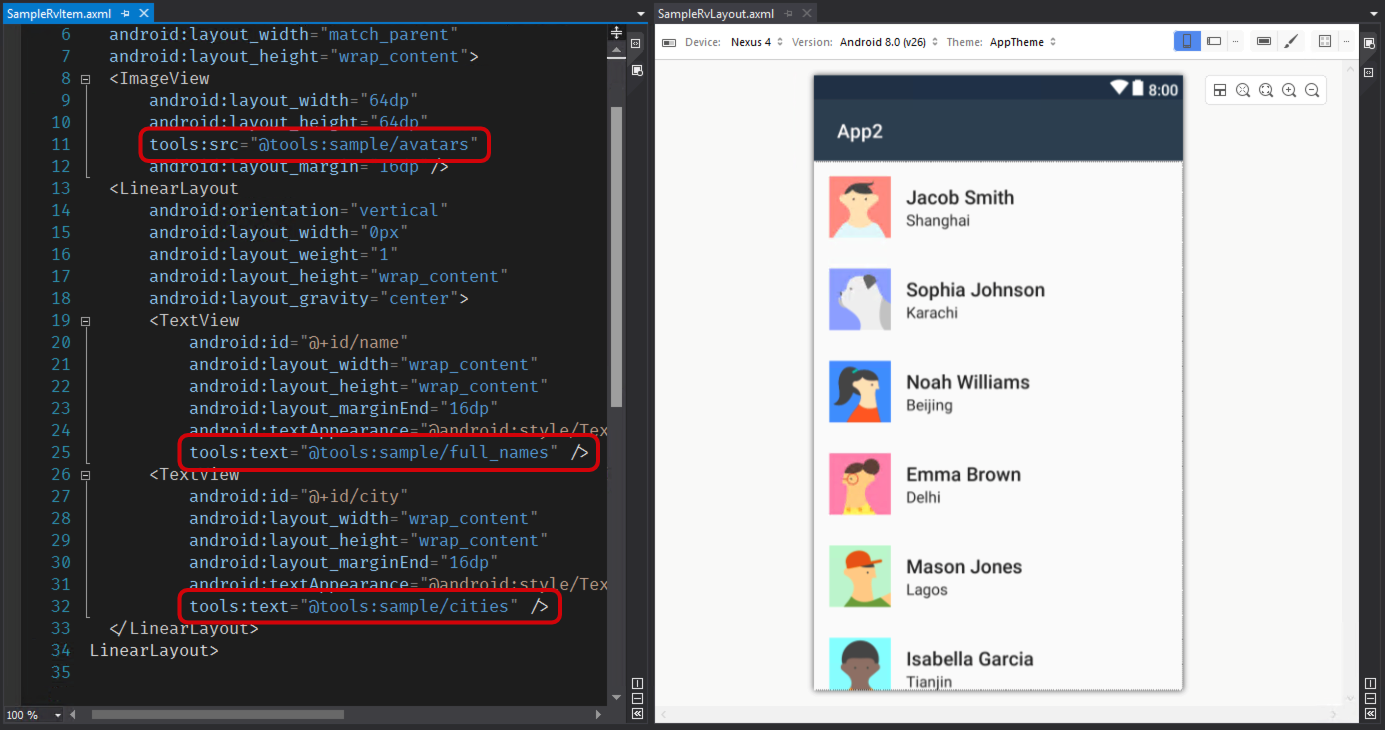 By default, loading solutions automatically re-opens documents that were opened in the previous session. Sometimes, opening all of these files can cause solution loads to take a long time to complete. In Visual Studio 2017 version 15.8 Preview 2, we’ve introduced a Project and Solution config setting checkbox to give you the ability to change the default behavior regarding opening documents generated during the prior session. More information can be found here. 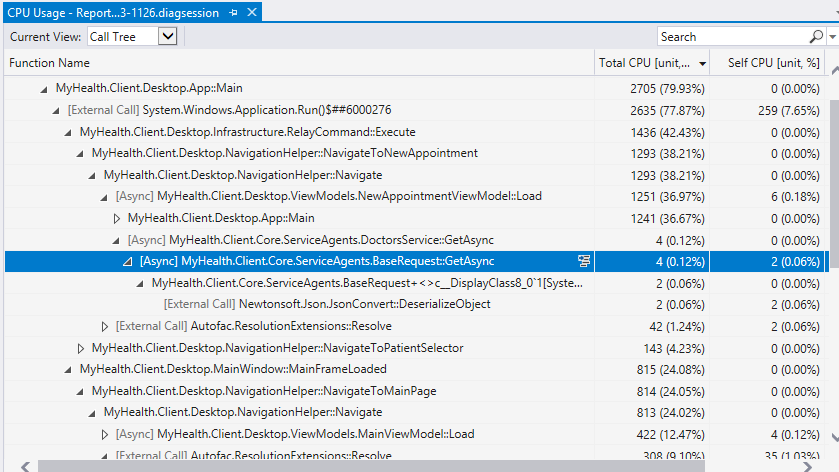 The CPU Usage tool now also includes a Modules/Functions view. This view will display execution cost (sample count) by module (dll) and by function within a module. This is useful when you need to determine how much a module contributed to CPU usage in total during a profiling session. You can expand a module to see a flat list of functions from the module breaking down the usage by individual function. This can be helpful to determine where to focus attention when investigating bugs or changes that impact performance. You can display the Modules view by selecting the “View in Modules” menu command from the context menu of a function in the list of the CPU Usage tool’s main view or by selecting “Modules” from the Current View dropdown when displaying the Call Tree or Caller/Callee views of the CPU Usage tool. Below is a screen shot of the Modules view with a module expanded. 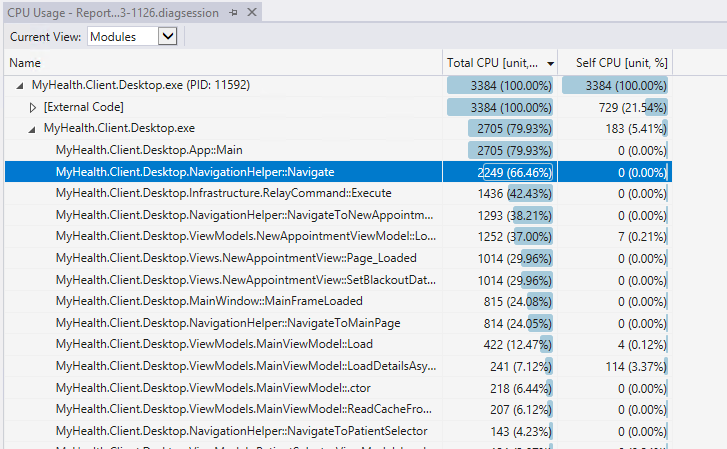 Note: The below screen shot displays the main view (on the right) and the Modules view (on the left) side-by-side; this configuration is most useful to avoid having to switch the views to see the instance indication when working with a child view (Modules, Call Tree, or Caller/Callee). This configuration is available by click-dragging one of the window titles out of the title bar at the top of the document area and dropping it on the desired drop target.

We’ve added some components and features to the Build Tools SKU, which means that you can now build Visual Studio extension (VSIX) projects using only the Build Tools for Visual Studio 2017. Additionally, if you have more than one instance of Visual Studio 2017 installed (like, for example, you’re using the 15.8 Preview 2 version as well as the 15.7 side-by-side Release version), then you can now select which instance to deploy your extension to when debugging. This means that you can develop your extension using the released version while debugging using the preview one.

What’s Next for Visual Studio
Since we launched Visual Studio 2017 in March of that year, it has become our most popular Visual Studio release ever. Your feedback has helped our team publish seven ...

John Montgomery
June 6, 2018
0 comment
Preview of Visual Studio Kubernetes Tools
Kubernetes is an open source system that is quickly emerging as the preferred container orchestration system for applications of all shapes and sizes, simplifying the ...