One of the key goals of this release was to break each of the Productivity Power Tools features into separate extensions. The main benefit of this is that it gives you more flexibility over how you acquire and manage the tools, as you can now hand-pick and install just the components that you want to use. Also, it means that each of the extensions can be updated and delivered at its own pace. Plus, it gives us the ability to monitor the popularity of each extension. Features that prove most popular will be considered for inclusion in future versions of Visual Studio.

The following is a list of features released as individual extensions for Visual Studio 2017: You can download and install the extensions from the Visual Studio Marketplace, or from the Extensions and Updates dialog inside the IDE. How it works: Every time Visual Studio launches, this extension runs in the background and checks to see if any of the Productivity Power Tools are not installed. If any are missing, it presents a dialog box showing progress as it automatically downloads and installs them all.

If there are extensions installed by the pack that you don’t want to use, you can disable or uninstall them individually from Tools->Extensions and Updates. 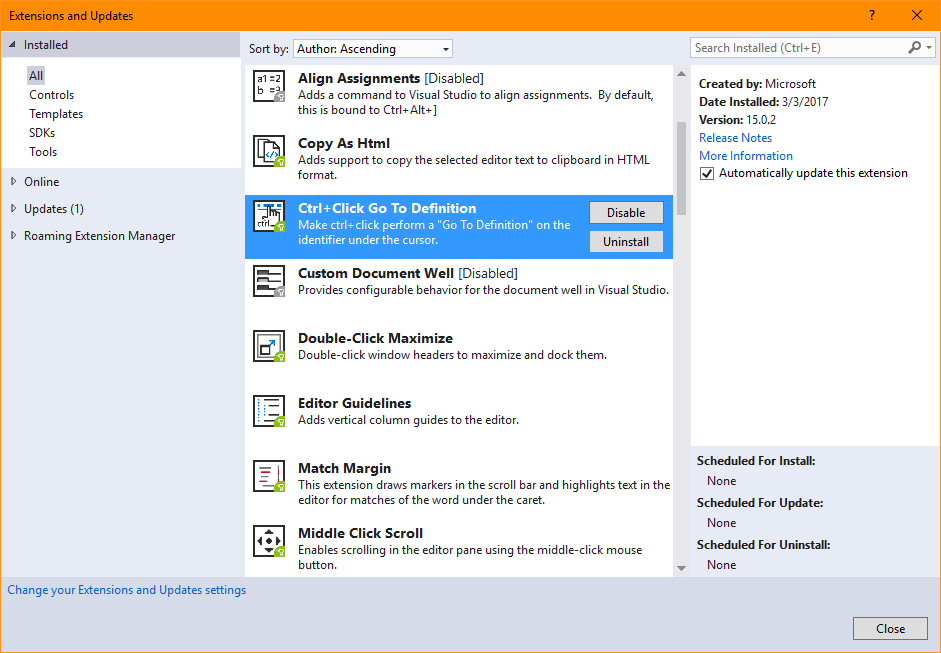 If you’re looking for Structure Visualizer, you won’t find it in Productivity Power Tools 2017. Parts of Structure Visualizer proved so popular that they have been implemented in the product. Visual Studio 2017 now has a new feature called Structure Guidelines that is enabled by default for several languages. With this feature, vertical lines appear in the editor that line up with structured code blocks. Hovering on any of these lines will trigger a tooltip to pop up that shows all the ancestor blocks for that line.

You can enable and disable this feature in Tools->Options. Look for “Show structure guide lines” under Display in the Text Editor options page. 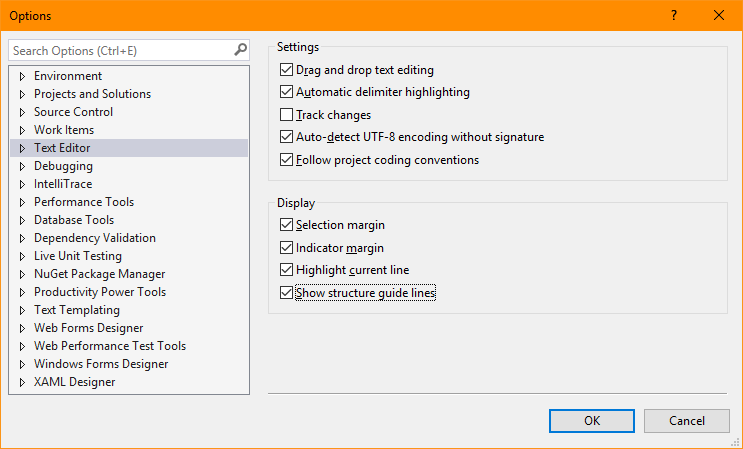 The Custom Document Well has been updated to expose all the commands for navigating directly to an open document by its position in the document well. By default, the commands for Window.GoToPinnedTab[X] and Window.GoToUnpinnedTab[X] are mapped to Ctrl+[Numpad X] and Ctrl+Alt+[Numpad X] respectively. Now that these commands are exposed, you can remap them to any other shortcuts you prefer (via Tools->Options, Keyboard).

Tip: If you are working with a laptop that doesn’t have the Numpad, you might want to map the Window.GoToUnpinnedTab[X] commands to Ctrl+1..0. (These are the same shortcuts used by most web browsers for navigating directly to tabs by their position.) Just beware: re-mapping Ctrl+1 will remove the default Visual Studio 2017 shortcuts for Go To File/Type/Member/Symbol, and re-mapping Ctrl+0 will remove many of the Team Explorer shortcuts, so you might want to remap those while you’re at it. 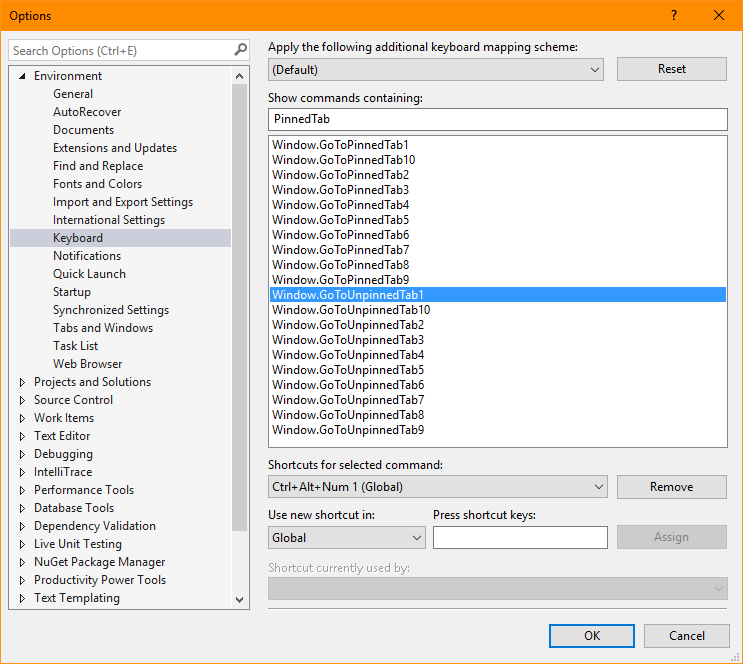 We hope that you enjoy using the Productivity Power Tools in Visual Studio 2017. Much of the code is open-sourced and we welcome contributions. As an example, we recently received a bug fix for Ctrl+Click Go To Definition (thanks to Francesco Buldo), which was accepted and released the same day.

If you have any suggestions or need support, please let us know by opening issues on the Productivity Power Tools GitHub repo.

Julia Liuson
March 7, 2017
0 comment
Visual Studio 2017: Productivity, Performance, and Partners
Today we released Visual Studio 2017. Start your download and read on to learn more about some of the highlights of this release. For the complete list of changes in the ...