Weekend Scripter: The Case of the Disappearing PowerShell Console

I pressed CTRL + Shift + Esc to bring up Task Manager. I saw that Windows PowerShell was in fact running, but I could not see it: Then I had an idea… 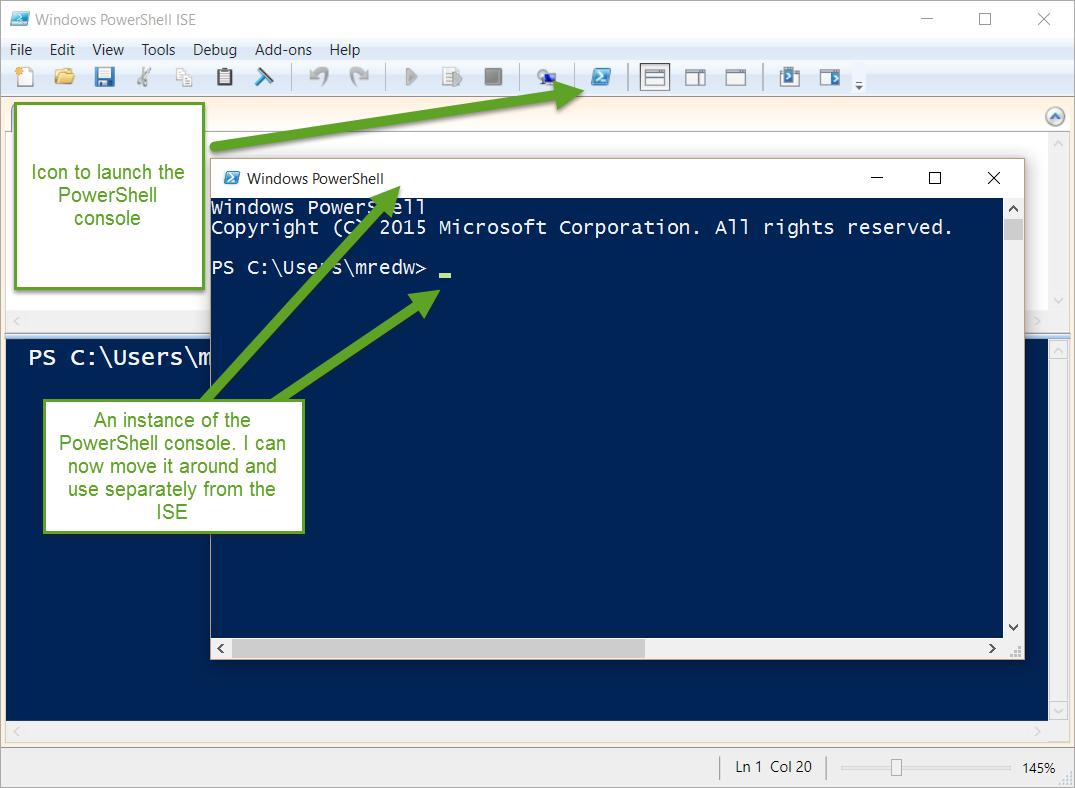 One day, I searched through the registry hoping I could find something that was storing the screen location (usually in pixels in the x and y coordinates). I was hoping to see how it’s opening window position was set, but alas, I did not find it. It might be there, but I could not find it in the 15 minutes I devoted to the task.

Eventually I decided to email our internal Windows PowerShell discussion group to see if anyone else had experienced this problem, and if anyone had come up with a solution. After I sent the email, I quickly saw several people replying with +1, which in Microsoft email speak means that they are also having the same problem. Within 15 minutes, someone from our support group replied that I should look at the properties of my Windows PowerShell console window. Remember, that I can get to one via the Windows PowerShell ISE icon. 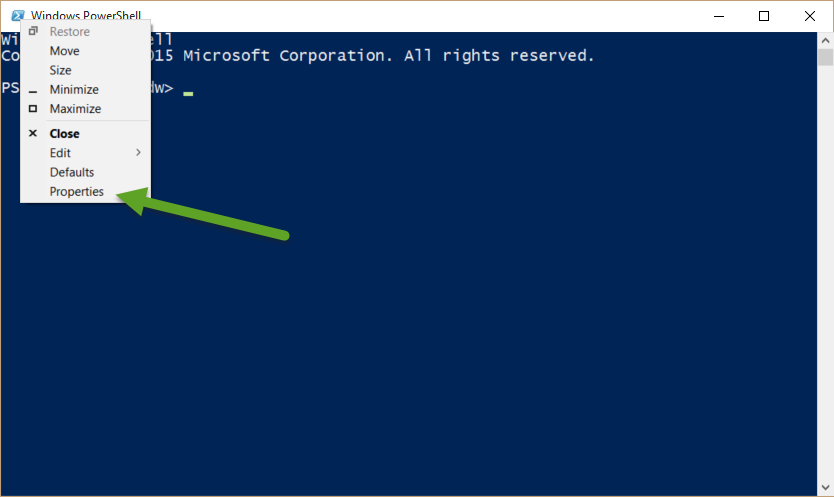 I select the Let System position Window check box on the Layout tab: 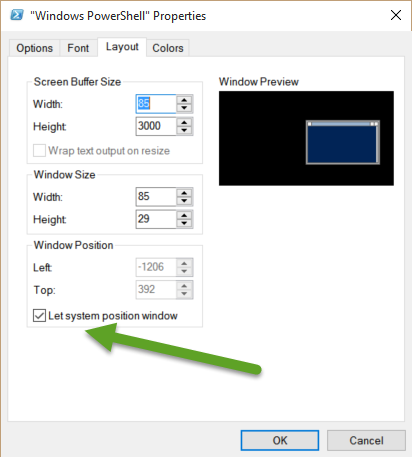