Microsoft Scripting Guy, Ed Wilson, is here. There are worse places to be in March than in Tampa, Florida. If you come to Florida, you might see the elusive and endangered Florida panther. You could see a bear. If you get out on the water, you will more than likely see a dolphin. You will probably see a gator, especially if you hang around swamps and creeks.

What I can say for sure, is that if you are in Tampa on March 19, 2016, you will definitely see some awesome Windows PowerShell.

The other day I was asked if coming to Windows PowerShell Saturday in Tampa was worth the drive. Well obviously the Scripting Wife and I believe it is worth it because this is the tenth Windows PowerShell Saturday event we have helped organize over the past several years. Every one of the events has sold out, and in all probability, the one in Tampa will also sell out. 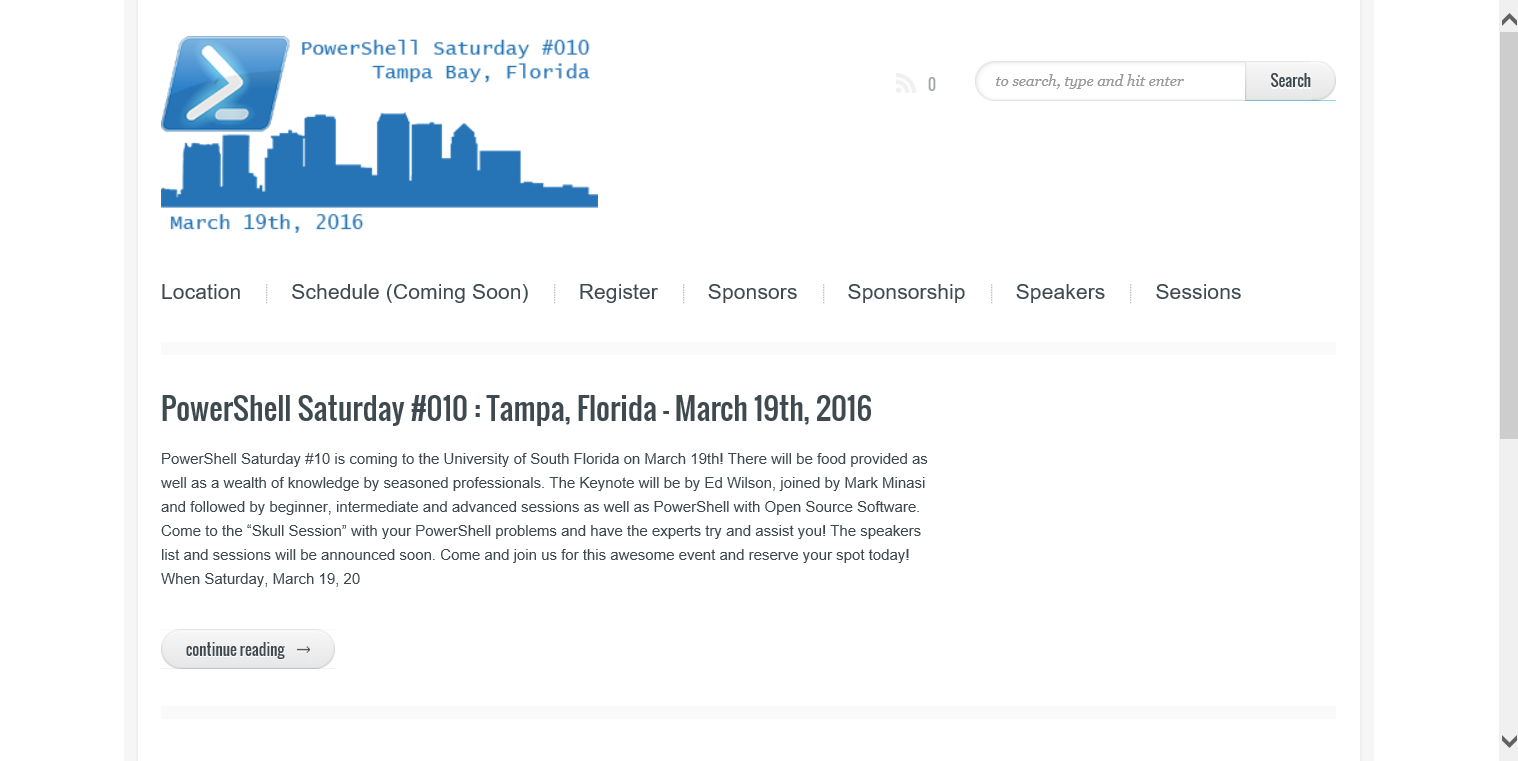 We are having four tracks at the Tampa event. There will be a beginner track for those people who want to learn about Windows PowerShell but have little experience. We also have an advanced track, a miscellaneous track, and an applied track. We have some awesome speakers—truly a top-shelf lineup.

For example, Mark Minasi and I will be presenting the keynote. I am also presenting two other sessions: one about using Desired State Configuration with Microsoft Operations Management Suite and one about my five top favorite things in Windows PowerShell 5.0.

Some of the other presenters

Will Murphy is a 15-year IT veteran who specializes in monitoring and automation. He often seen at various IT events in Atlanta.

Will Anderson does a lot of work with System Center and specializes in patch management and compliance. He often blogs.

Adam Driscoll is a Windows PowerShell MVP who has a lot of experience with various programming languages and operating systems. He is also an avid blogger.