Summary: Use Windows PowerShell to split arrays of numbers into contiguous ranges.

Microsoft Scripting Guy, Ed Wilson, is here. Today I have a cool post from guest blogger, Zachary Loeber. Here is a little bit about Zachary: 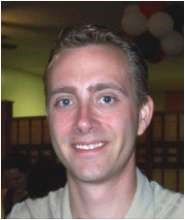 Zachary Loeber is a solution architect with PSC Group. Zachary is a seasoned network and systems architect and an administrator with hands-on experience for a wide range of technologies including Cisco/Juniper/HP networking, Exchange 2003/2007/2010/2013, Lync 2010/2013, Skype for Business, Active Directory, VMware, Linux, SAN technologies, and Windows PowerShell scripting.

So without further ado (or even ADO.NET) here is Zachary…

How can I use Windows PowerShell to find the contiguous and non-overlapping ranges in a mixed array of numbers?

Use advanced functions along with simple Windows PowerShell loops, logic, and objects.

Lately I’ve been doing a bunch of work with phone numbers in Skype for Business. As part of this work, I’ve been looking at lists of disparate numbers and found that there was no easy way to turn them into contiguous ranges.

To divide these ranges, I concocted a function that iterates through each number in the array, and returns objects with Begin and End property members for each number range found.

# Start at the beginning

# If we only have a single number in the series, then go ahead and return it

# If the current number minus the last number is not exactly 1, then the range has split

Now we can take each of the numbers in our example arrays and very easily find each of the ranges within!

To show the contiguous number ranges in a nice table:

If you wanted a bit more familiar format, that is also easy to do:

To convert to a Windows PowerShell range operator format:

How might this be helpful? I’ve personally used this technique to sanitize lists of provided phone numbers from an old PBX and from Active Directory. You can then use each number range as input to add your unassigned number ranges in Skype for Business. I also use this function to do more complex work with phone number ranges (such as finding overlapping number ranges).

Thank-you, Zachary. You are right, this was fun.