Use the PowerShell Debugger to Troubleshoot Scripts

Summary: Learn how to use the Windows PowerShell script debugger to troubleshoot problems with scripts.

Microsoft Scripting Guy Ed Wilson here. One of the fun things about traveling, especially to warm places when it is winter back home, is calling to talk to friends and relatives. When they say things like, “It snowed yesterday,” I grimace a little and reluctantly tell them it was 70 degrees Fahrenheit (21 degrees Celsius according to my unit conversion module) in sunny Southern California. But the best thing is getting to work with customers and talking to people about Windows PowerShell.

Invariably, when I am talking to people about writing Windows PowerShell scripts, someone comes up with the question about script debugging. To be honest, I rarely fire up a debugger. Never have, even back in the VBScript days. I generally write code in such a way that when a problem occurs, it is obvious where the problem lies and how to correct it. Every once in a while, however, the problem is not obvious, and being able to actually debug the script comes in helpful.

There are several ways to configure breakpoints. For the next several examples, I am going to use the script that is shown here:

Keep in mind that the path to the script matters. I am going to set a breakpoint on a command on a script that appears in a specific location. If I run the script with the same name from a different location, the script will not break upon that command.

Now, I execute the Windows PowerShell script. When the script hits the command Get-Process, it does not execute the command. Instead, it enters the debugger. I now have access to the commands listed in the table above.

I type the letter L to list the portion of the script that executes. By default, this displays the current line, five previous lines, and 10 subsequent lines. After examining the code, I decide to continue with script execution, and I press the letter C to continue running the script. In this example, it runs the Get-Process cmdlet, and ends the script, because the Get-Process cmdlet is the last line in the script. The setting of the breakpoint, launching of the script, using the L and the C commands in the debugger, and execution of the last line in the script are shown in the following figure. 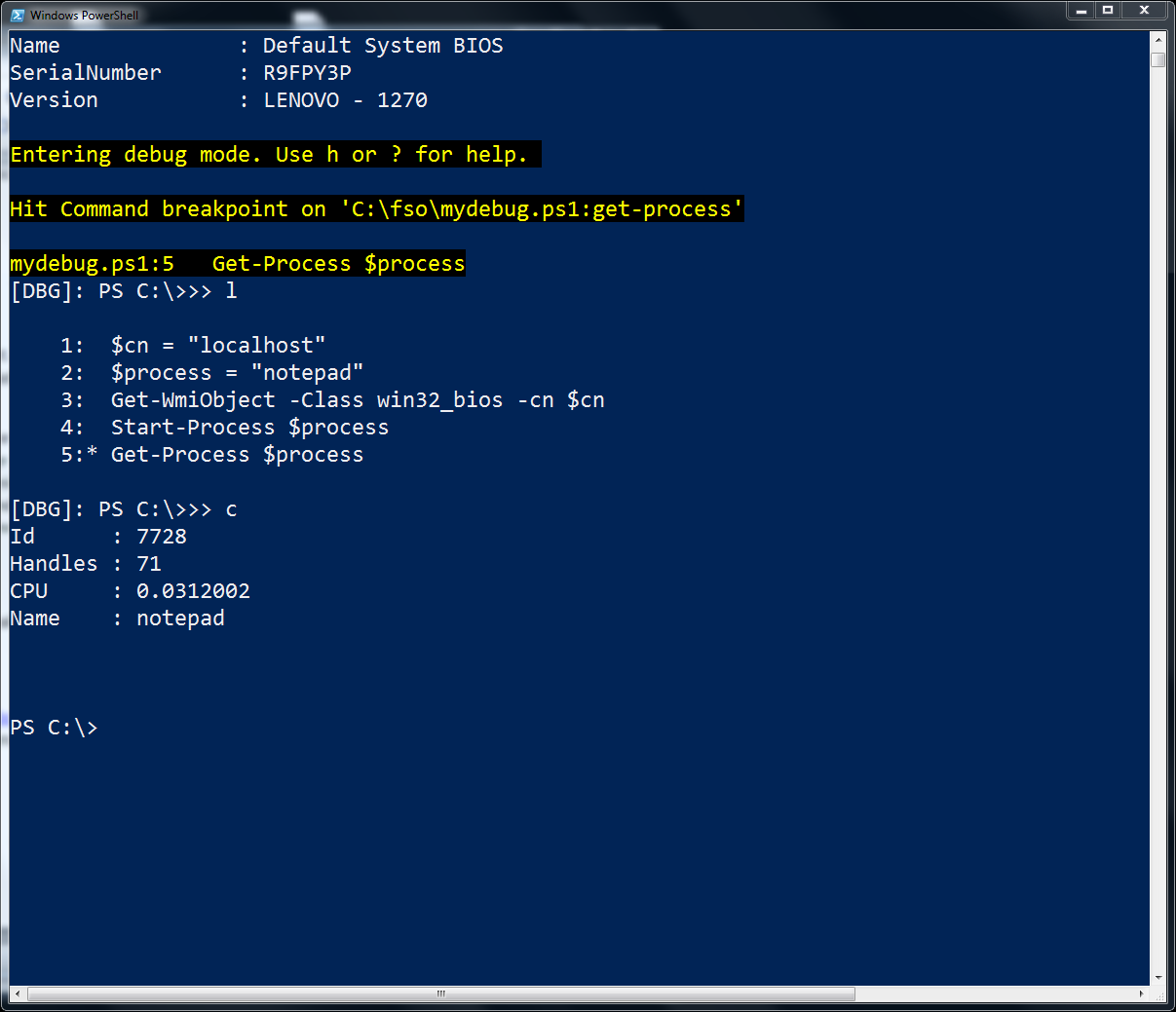 I next decide to use the Set-PSBreakpoint cmdlet to set another breakpoint. This time, I break on a variable. The key thing to remember here is that when specifying a variable as a breakpoint, do not include the $ prefix; instead, use the variable name without the dollar sign. The command is shown here: 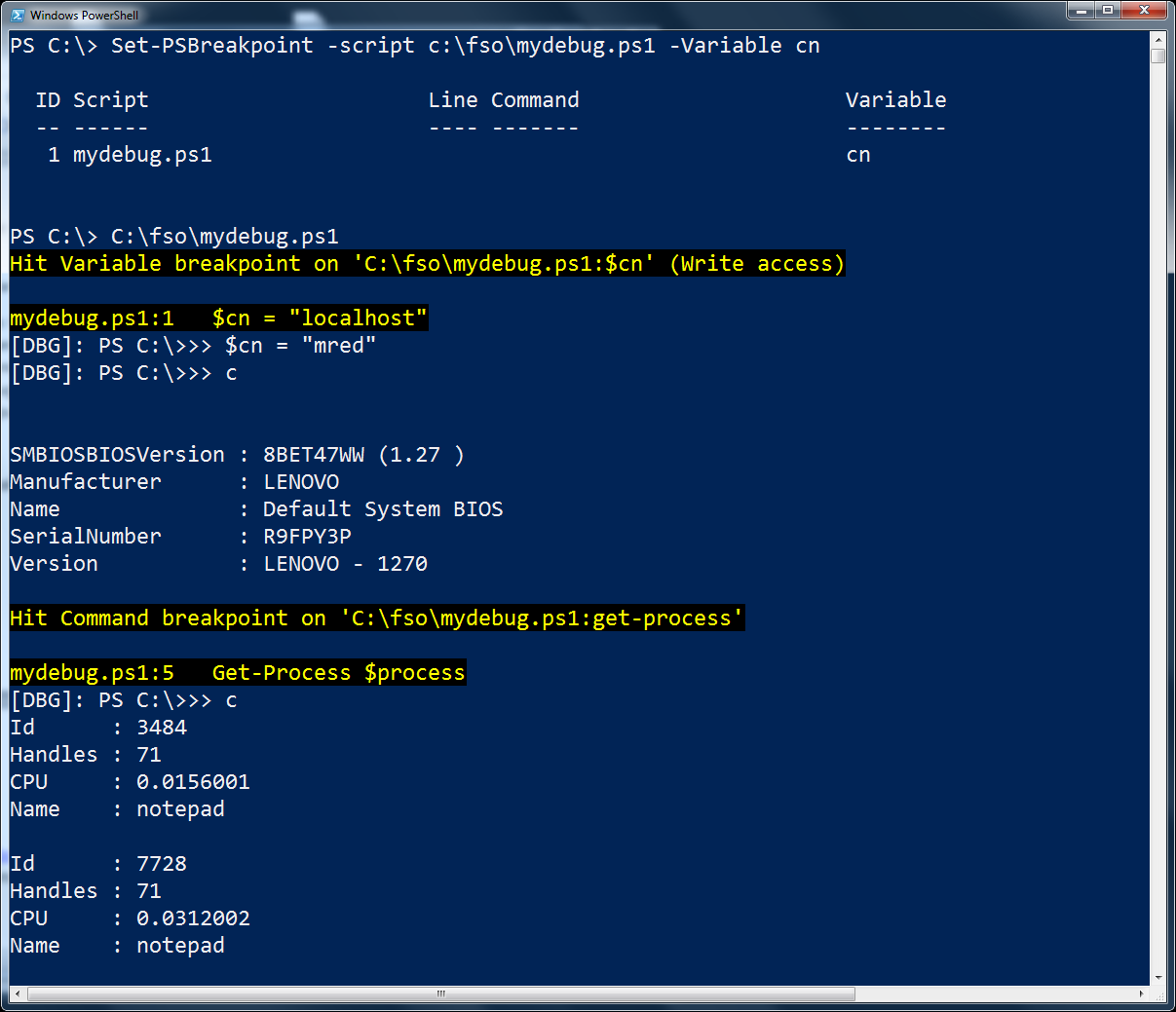 Now, I decide to see how many breakpoints I have set. I use the Get-PSBreakpoint cmdlet:

The command and associated output are shown here:

That is all there is to using a command to break into a script. Join me tomorrow when I will continue talking about debugging Windows PowerShell scripts.