Use PowerShell to Start a Process at Random Times

Hey, Scripting Guy! I have a rather unusual request. I am testing a new monitoring application, and I need a script that will start processes at random intervals so I can check the effectiveness of the solution. Is this something you can help me with?

Microsoft Scripting Guy, Ed Wilson, is here. This morning I am sitting on the porch, sipping a nice cup of green tea with orange flavorings in it. The tea is called Orange Cream, and it tastes exactly like the old Dreamsicles I used to eat when I was a kid. It is a different way to start the morning. I am cooling off after spending an hour in the gym. I have my Surface Pro 3 that the Scripting Wife got for me for my birthday (it was an early birthday present…I have had it for awhile now), and I am catching up with email sent to scripter@microsoft.com and Facebook. I don’t know about you, but lately, it seems like I am always multitasking. I find it hard to sit and do just one thing at a time anymore. I’m not sure if this is a good thing or a bad thing.

BB, there are many ways to write a Windows PowerShell script that will generate new processes at random intervals. But when I hear this requirement, I think that I will need the following:

Because I did a good job analysis, and I know pretty much all of the commands I am going to use in the script, writing the script does not take me very long at all. In fact, here is the script I wrote:

Note  Using While ($true) puts the script into an infinite loop. To stop the loop, press the red square (stop button) in the Windows PowerShell ISE. 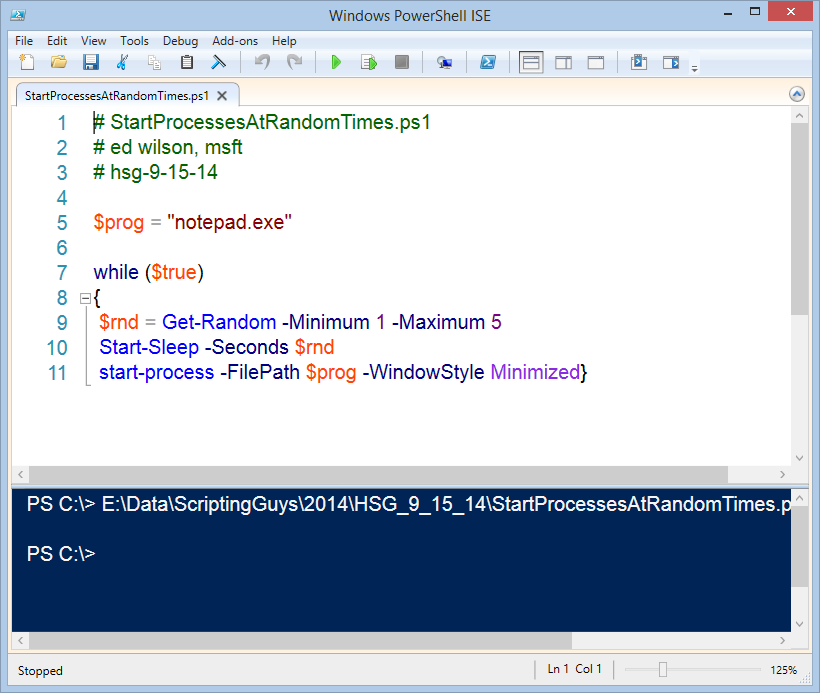 In the interactive pane, I use Get-Process to find all the Notepad processes. As shown here, there were quite a few generated: 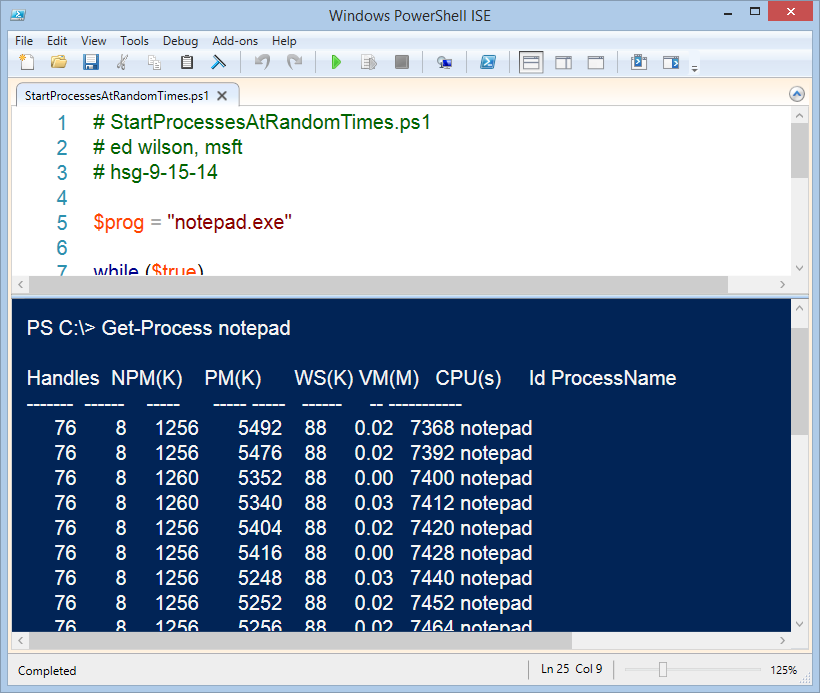 That is cool. Now I want to see if my randomizer is working—that is, at what time were the Notepad processes generated. That is easy enough. I use the StartTime property. It is probably best to also sort them. So I use the following script:

The problem is that it does not sort properly. It looks like it is sorted, but I try the ascending and the descending sorts, and I see the order does not change. Dude.

I then realize that I need to expand the DateTime object (that is contained in the StartTime property) so I can specify WHAT I want to sort on. Obviously, I am interested in the TimeOfDay. So I revise my command to the following:

Now I try it, and I see that it is working. In fact, I am getting random offsets between the process starts. This is shown here: 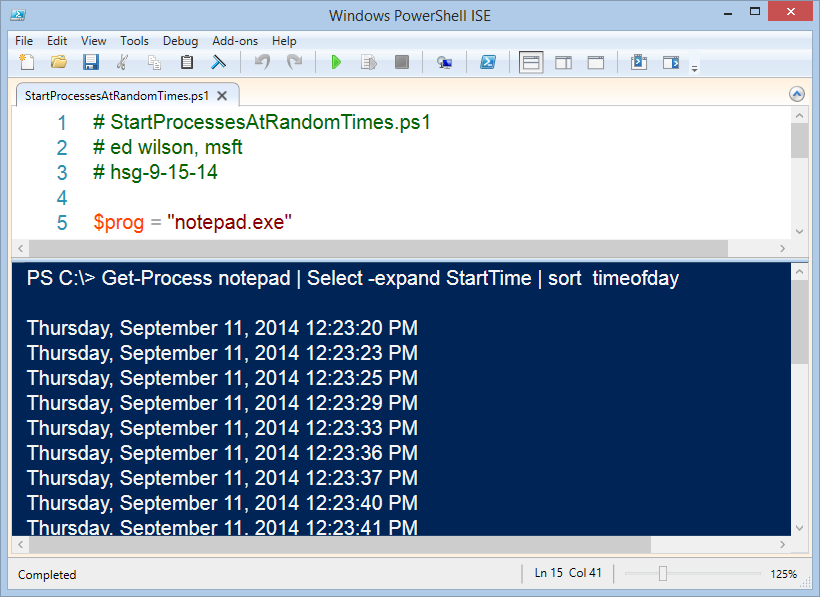 PowerTip: Use PowerShell to Find Path for Processes
Summary: Use Windows PowerShell to find the path of the executable for running processes.  I noticed a process and I am unsure of what it does. How can I use Windows...