Use PowerShell to Inventory Modern Apps in Windows 8

Microsoft Scripting Guy, Ed Wilson, is here. One of the things I love about Windows 8 (including my Surface RT) are the modern apps. They are, well, just so modern. Of course, what I really like about them are the Windows PowerShell cmdlets that are part of the Appx module. Here are the cmdlets and functions from that module: 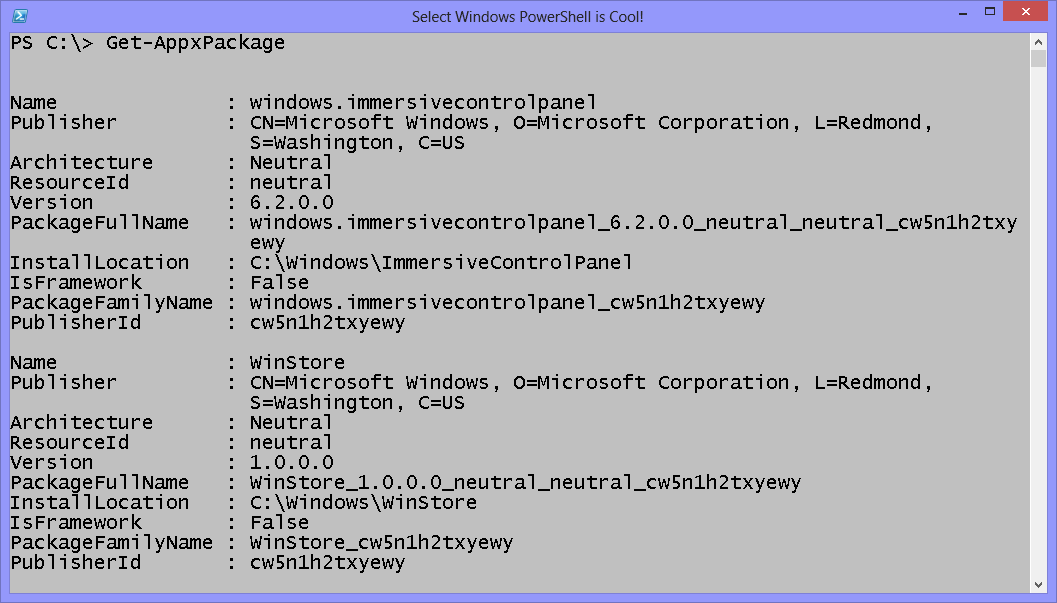 Because the cmdlet displays packages for my current sign-in ID, the output does not include user information by default. When I use the –AllUsers switch, PackageUserInformation becomes available, as shown here:

The command and the associated output are shown in the image that follows. 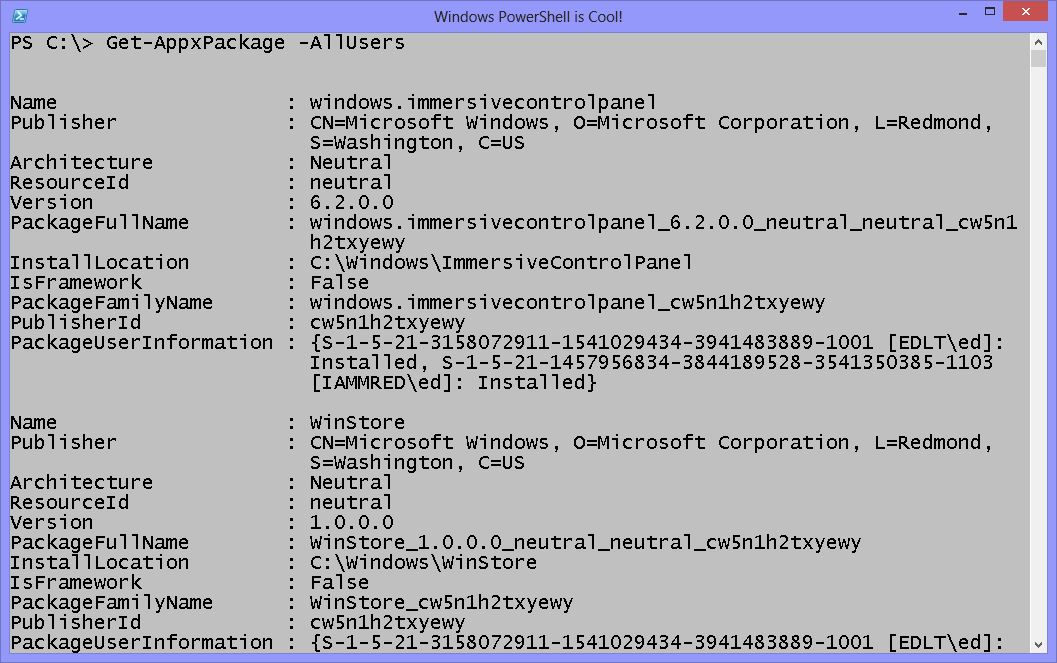 The cool thing is that with Windows PowerShell, I can also sort by group and do any parsing that I feel I should do. For example, I might want to see how many different users installed modern applications on this computer. I do this by using the –Unique switch in conjunction with the Select-Object cmdlet as follows:

It also appears that I have several packages that are already downloaded, but not yet installed. I see this by looking at “Unknown user: Staged.” So I query for all users, and I select the name and version of the product when the user contains the word “staged.” Here is the command and the associated output:

Because I see there are two copies of MetroTwit staged, I decide to look at information concerning my version of MetroTwit. To do this, I use the –Name parameter as shown here:

Cool. I see that I am using an older version of MetroTwit. I already have two updated versions on my system, and I simply need to upgrade the package.