Use Cool PowerShell Tricks to Simplify Your Scripts

Summary: Learn how to use a collection of cool Widows PowerShell tricks to simplify writing scripts. 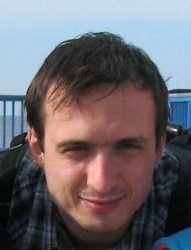 Bartek Bielawski has been working in IT more than 10 years for one company, PAREXEL, a global organization with headquarters in U.S.

In Bartek’s opinion, Windows PowerShell is the best product from Microsoft. Bartek can be found at his blog and as a moderator on the Scripting Guys Forum.

Very often people use Foreach constructs in places where that cmdlet is not needed. This trick helps to keep code brief and logical without losing flexibility that Foreach-Object would normally give us. The syntax, as you can see, is not very different from what you would use in Foreach-Object. This simple example shows what I mean:

Creating custom objects is something decent scripters usually can’t avoid. My favorite way is to use the Property parameter with a hash table. There is also a method that gives you two important (in some cases) elements that New-Object won’t give you: adding ScriptMethods and making object properties type-constrained. Sample code:

Later, you can’t modify $Time.Span to be of type string; it will end up with exceptions (unless the string can be converted into TimeSpan).

Creating your own type accelerators.

Do you use any .NET Framework type very often? Wouldn’t you like to have it served in a similar way that some types are handled already, with friendly, short names? Well, there is a not-so-complicated way to get there. Joel Bennett (Jaykul) created a great module that I took the most important part of the code from with the Add-Accelerator function (and much, much more):

It may even work as a kind of “Using” substitute. If you create accelerators for all types in a given namespace, it will work as it would in C#. There is a command to do exactly that in Jaykul’s module.

Using descriptive errors for enums to get correct argument values

Making errors usually doesn’t help you get closer to solutions. Windows PowerShell is different, though, because many of errors you will see there will actually explain what you can do to fix them. There is one trick that requires making errors on purpose:

# And now we are locked in the scriptless abyss.

Getting information about correct enumeration values in Windows PowerShell is pretty difficult when you try an “elegant” approach. Passing parameters that simply can’t work will get you there quicker. Error messages for wrong enum values used are descriptive enough to quickly find the right answer.

Using [scriptblock]::Create() to create executable code on the fly

Another issue you may walk into is how to use values passed by users to generate something you can later execute. Invoke-Expression was usually the first one to choose, but scriptblock’s static method Create gives you much more control over the code produced:

I prefer this solution over other options because it allows me to select which variables I would like to expand during creation of a script block and which should be used when a script block is used.

Wow! When I requested favorite Windows PowerShell tricks from the forum moderators, I was not expecting such coolness. Bartek, you rock!

ScriptingGuy1 October 3, 2011
0 comment
Use PowerShell Active Directory Cmdlets Without Installing Any Software
Summary: Learn how to use Windows PowerShell remoting to manage user objects without installing software on the client.   Hey, Scripting Guy! I was reading your ...