Hey, Scripting Guy! So Windows PowerShell Workflow seems pretty cool. But I am wondering if it is possible to use it to easily provide workflow types of things for remote computers? Is this possible?

Microsoft Scripting Guy, Ed Wilson, is here. We are enjoying a cool stretch of weather here in Charlotte, North Carolina. In fact, we have the windows open. We are also enjoying our visiting friends from Hamburg, Germany. So not only do we have great weather, but we have great company.

One of the reasons for using a Windows PowerShell Workflow is to be able to easily execute commands in parallel. This can result in some significant time savings.

To perform a parallel activity by using Windows PowerShell Workflow, use the Foreach keyword with the –Parallel parameter. This is followed by the operation and the associated script block. The following script illustrates this technique: 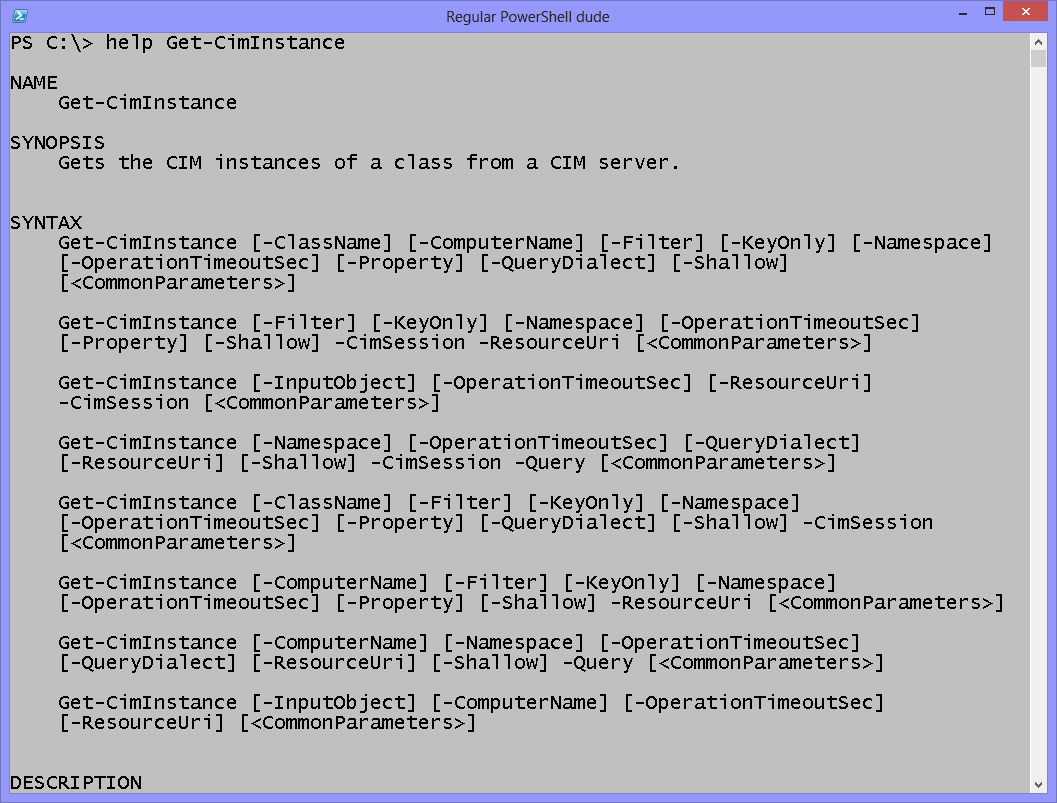 The nice thing is that if I forget to use –PSComputerName, and I try to run the Windows PowerShell Workflow, an error message appears. The message is detailed enough that it actually tells me the issue and tells me what I need to do to solve it. 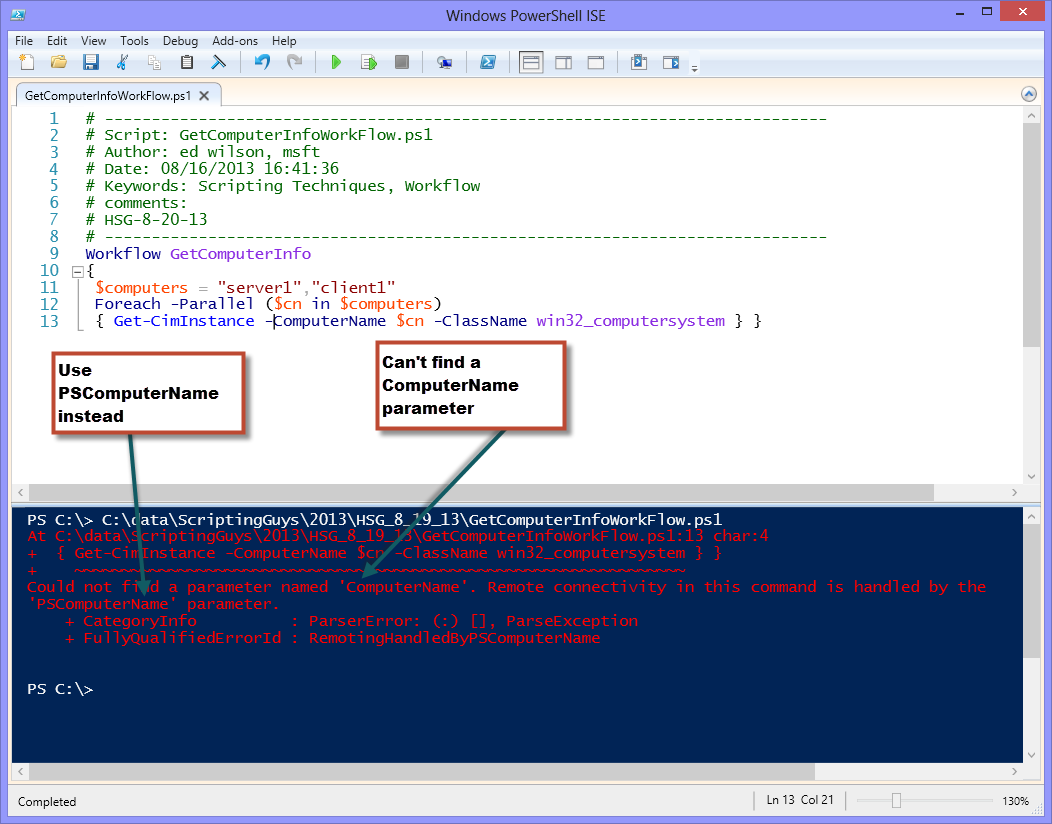 When I rename the parameter in Get-CimInstance, I can run the workflow, and it does not generate any errors. This is shown here. 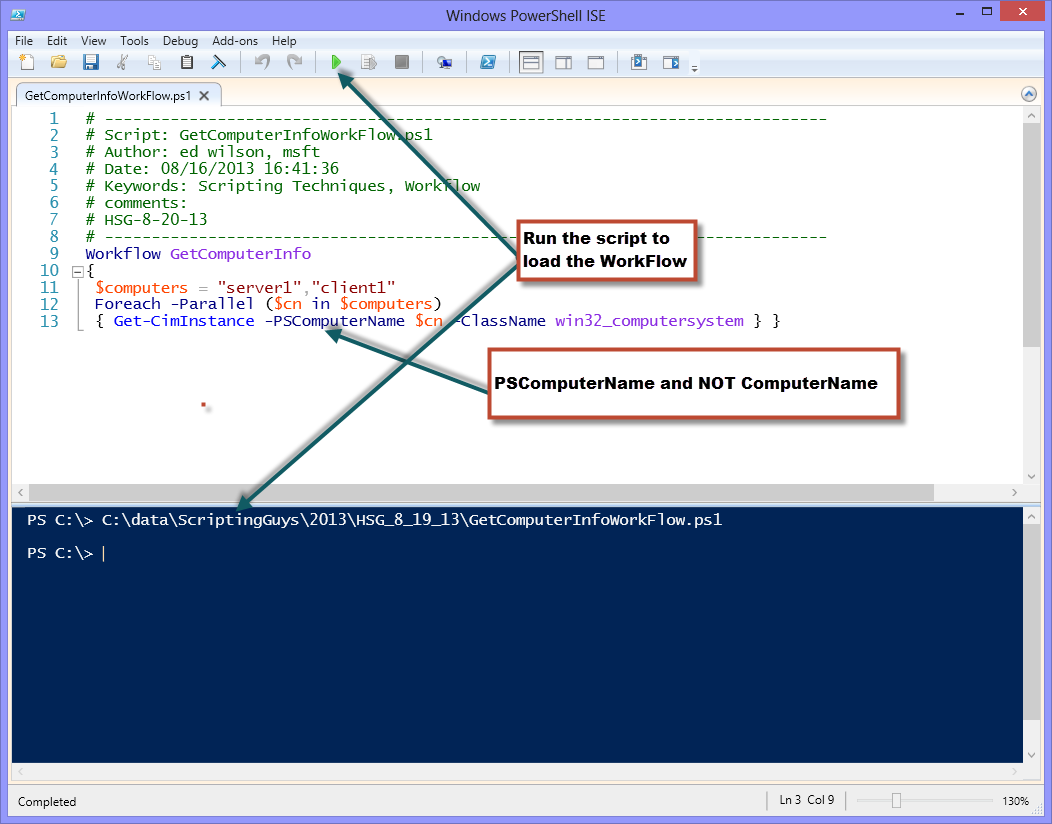 I call the workflow, and I am greeted with computer information for each of the servers with names I stored in the $computers variable. The script and the output from the script are shown here. 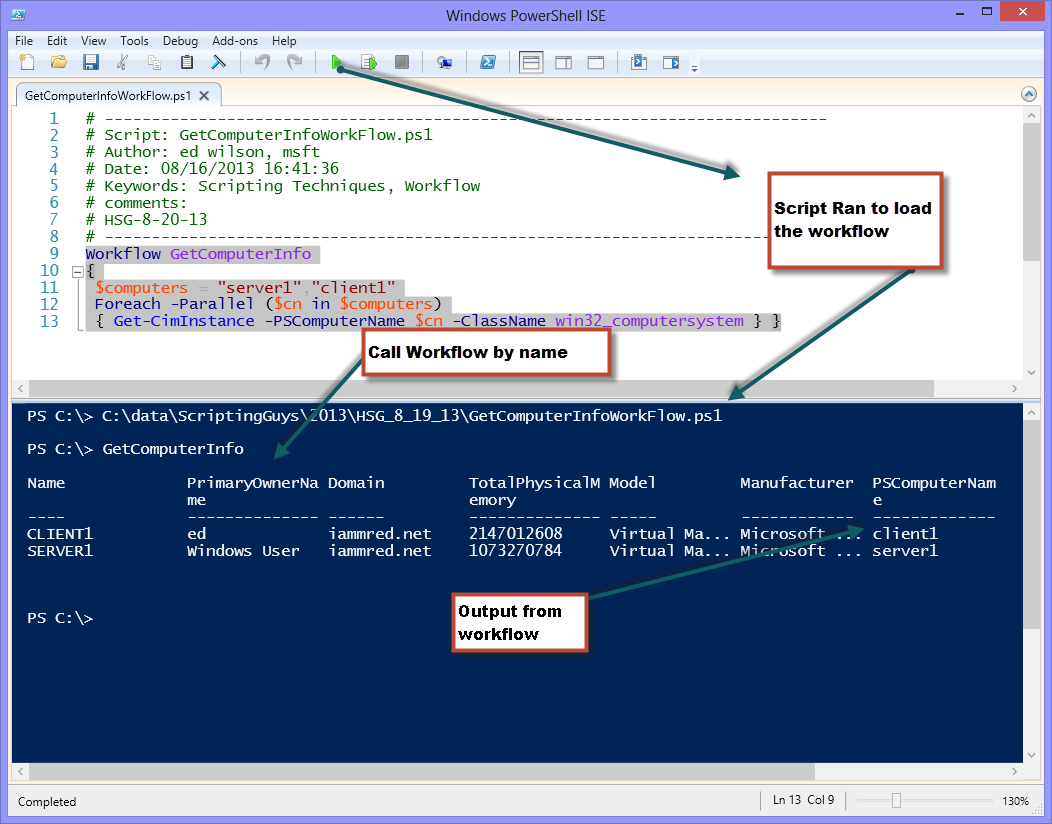