Microsoft Scripting Guy, Ed Wilson, is here. Ninety two degrees Fahrenheit and sunny—that is what the weather is supposed to be this Saturday in Jacksonville when Teresa and I will be speaking at the Jacksonville IT Pro Camp.

I can’t think of a better way to spend a sunny day in Jacksonville, Florida than in a building with the air conditioning on high, and talking about the way cool stuff in Windows PowerShell. Well, maybe I could think of one or two other things to do, but certainly, IT Pro Camp is at the top of the list.

Is it a script?

In the following image, I have copied a random script from the Script Center Repository. I pasted it into the Windows PowerShell ISE, but I have not saved it. 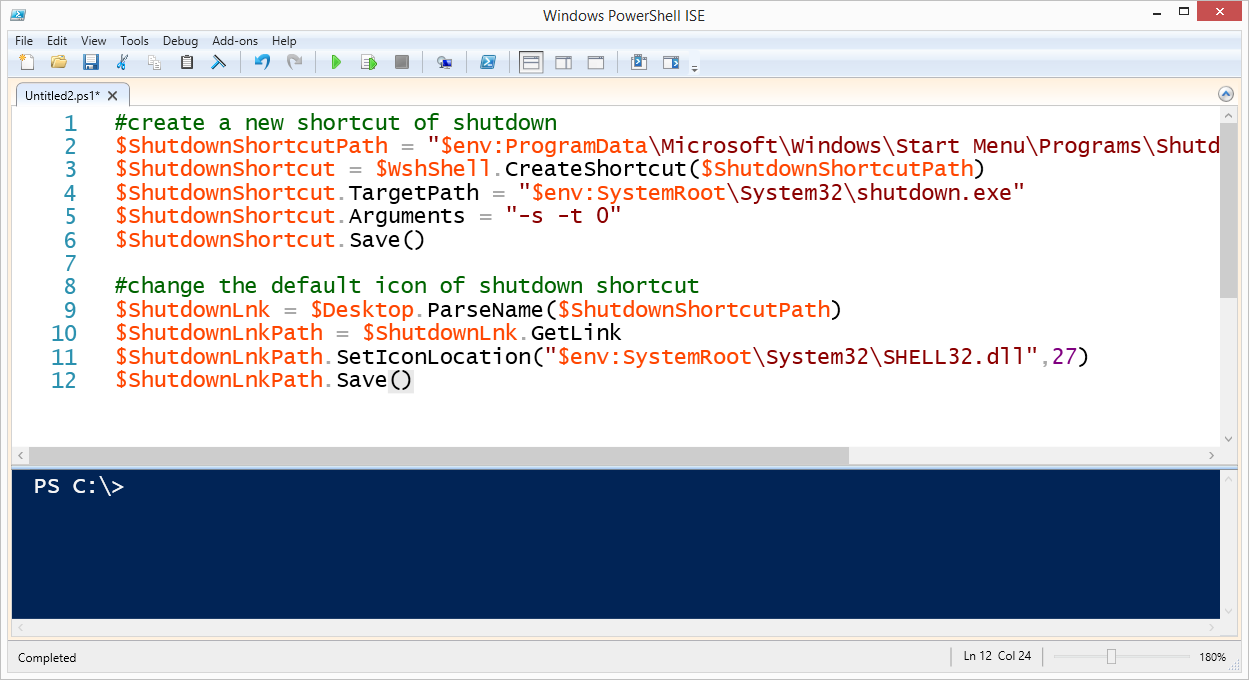 I could run the script, modify the script, or whatever I want to do with it. But if the title pane says Untitled*.ps1, it is not actually a script. So regardless of the Windows PowerShell script execution policy, I can run a script here.

I can see the script execution policy by using the Get-ExecutionPolicy cmdlet:

When I run the Set-ExecutionPolicy cmdlet, the following prompt appears:

To bypass this prompt, use the –Force parameter. The command is shown here:

If no policy is set via Group Policy (these are the Computer Configuration and the User Configuration settings), I can set a script execution policy for all users on a computer (Local Computer Group Policy setting) if I have local admin rights and if I open the Windows PowerShell console with elevated rights.

I normally, do not do that however. Instead, I prefer to set the policy only for the current user (which is me), and I do not have to open the Windows PowerShell console with elevated rights to do that. I can do it in a non-elevated manner. I did this earlier when I set the –Scope for CurrentUser.

If I need to run scripts, and I am running with non-elevated rights, and if a Group Policy setting has not disallowed me from running scripts, I can set my Windows PowerShell script execution policy easily. I just use Set-ExecutionPolicy and apply the appropriate policy to the CurrentUser scope.

Of course, there are lots of caveats to consider, but this will get you up and running quickly.

Windows PowerShell Fundamentals Week will continue tomorrow when I will talk about more cool stuff.