Get started with PowerShell development in Visual Studio Code

Summary: Learn about the features in Visual Studio Code that help you write PowerShell code.

On the other hand, if PowerShell ISE meets your needs, then by all means continue to use it. It’s not going anywhere. In fact, there are still a few things that PowerShell ISE can do that the PowerShell extension for Visual Studio Code can’t do – yet.  Here are the major features unique to PowerShell ISE:

To install Visual Studio Code for your operating system, open http://code.visualstudio.com in a browser and follow the instructions. Even without the PowerShell extension installed, you will get syntax colorization and basic autocompletion for PowerShell scripts. 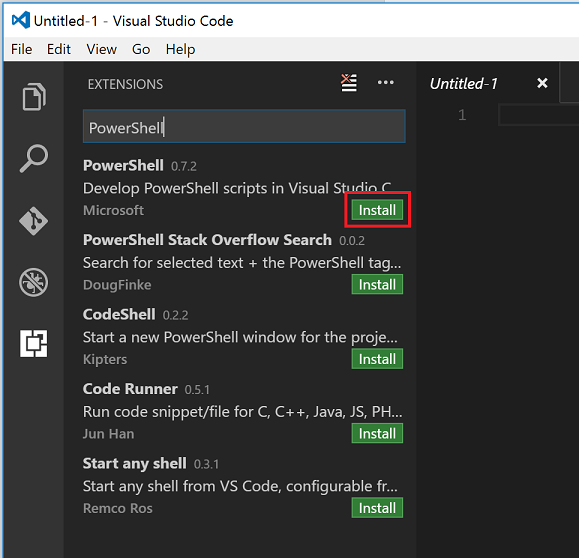 Click the Install button. After the PowerShell extension is installed, you will need to reload Visual Studio Code to use the extension. As an alternative, you can click the Reload button that appears where the Install button used to be.

The basic layout of Visual Studio Code is shown in the following screenshot:

The View Bar (A) lets you to quickly switch between the Explorer, Search, Git, Debug, and Extensions views.  The Side Bar (B) is collapsible (Ctrl+B / Cmd+B on macOS), so you can maximize the space that’s available for editing. Editor Groups (C) supports up to three side-by-side groups of editor windows. Editor Groups can be arranged both horizontally, as shown in the screenshot, and vertically. The Panel area (D) displays the Debug Console, Output, Problems, and Integrated Terminal. The Output window displays output from Extensions, Git, and Tasks. The Status Bar (E) displays useful information such as which Git branch is active, the repository status of the active branch, the number of problems and warnings, the cursor’s position, the current file’s encoding and line-endings, as well as the selected language mode for the current file.  You can even provide feedback to the Visual Studio Code team via the smiley face in the status bar. For a more in-depth getting started guide, see The Basics of Visual Studio Code.

One of the great features of Visual Studio Code is the extent to which you can customize it. Each extension usually provides customizable settings, too. To begin to customize Visual Studio Code, select the Command Palette from the View menu, or press Ctrl+Shift+P (Cmd + P on the Mac), type user, and then select Preferences: Open User Settings. This will open two editor windows as shown in the following screenshot: 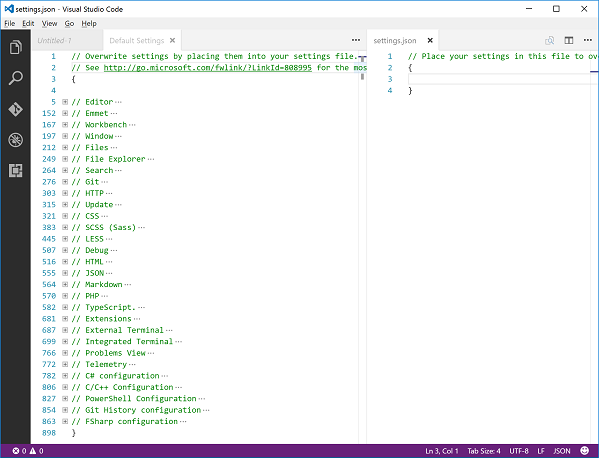 As you can see in the Default Settings tab of the editor on the left, lots of areas of Visual Studio Code can be customized, including extensions like PowerShell. The editor on the left provides the “default” settings and is read-only. What you typically do is find a setting in this window that you want to customize, and copy it to the user settings file on the right. The screenshot also demonstrates the “Light+” color scheme.

Following is a basic set of customizations that I would recommend for PowerShell development:

// Place your settings in this file to overwrite the default settings {

The editor ruler provides a visual reminder of where you might want to wrap your PowerShell script. The trimTrailingWhitespace setting is particularly convenient for PowerShell. If you use ` for line continuation, you’ll never have to worry about inadvertent whitespace after a `. Finally, you will likely want Visual Studio Code’s Integrated Terminal to open PowerShell instead of CMD.exe.

The PowerShell extension comes with the following customizable settings: 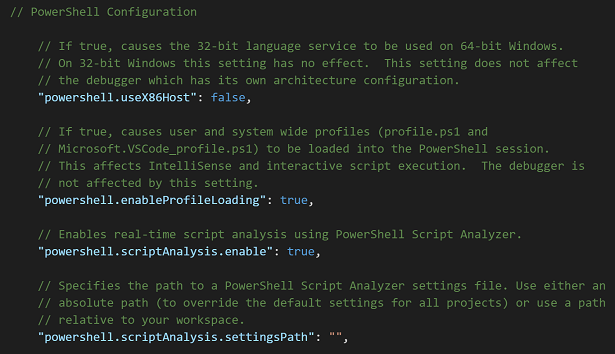 You can get more in-depth coverage of user settings in the User and Workspace Settings article in the Visual Studio Code docs. 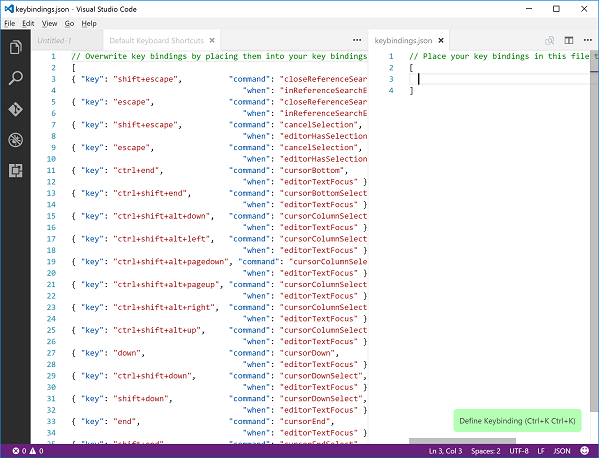 I generally don’t override many of the default keyboard shortcuts. However, as a long-time Windows user, I expect Ctrl+Shift+S to execute Save All instead of Save As…. You can change this keyboard shortcut like so:

// Place your key bindings in this file to overwrite the defaults [

In this blog post, we’ve gotten our feet wet with Visual Studio Code. You should have it installed, understand the basic layout of editors and tool windows, and know how to customize settings and keyboard shortcuts. In the next blog post, we will investigate settings that you can configure per workspace and the PowerShell language features provided by the PowerShell extension for Visual Studio Code.

Doctor Scripto
December 7, 2016
0 comment
Curly Blue and the meaning of scripting – Part 1
Summary: Curly Blue learns how to automate cleaning of old data files by using PowerShell. This week, in the spirit of the holidays (and of course the previous six years...