You may want to take the survey that was put out by the community group organizing the next Windows PowerShell Deep Dive in Redmond, Washington at the Microsoft Campus in April 2013. This is a great chance to make your voice heard.

One of the things I really like about Windows PowerShell 3.0 (in general—not necessarily in Windows 8) is that it is more discoverable than previous versions of Windows PowerShell. Now, don’t get me wrong. Even Windows PowerShell 1.0 was highly discoverable. In fact, the same three cmdlets you used then still work: Get-Help, Get-Command, and Get-Member. They are still the most basic cmdlets you will use. However, there is now a new one now. Show-Command is the name of the new cmdlet. You do not pipe a cmdlet to the Show-Command cmdlet. This generates an error (as illustrated here when I piped the Get-Process cmdlet to Show-Command). 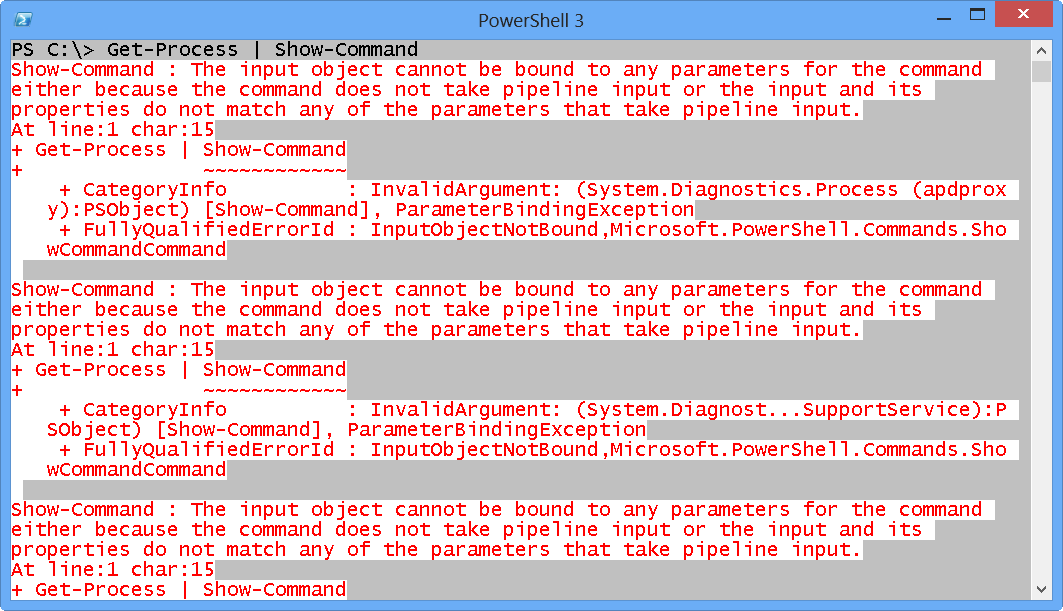 To use the Show-Command cmdlet, you can specify the name of the cmdlet to Show-Command when calling it. This technique is shown here. 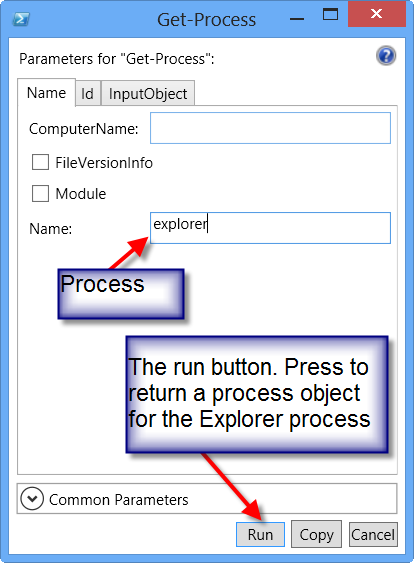 Another way to use the Show-Command cmdlet is to simply launch the Show-Command window. It details all the commands from all modules. To explore commands from a specific module, select it from the Modules drop-down list. This works even for custom modules. In the image shown here, I select my WMI module, and it displays all of the advanced functions that are contained in that module. 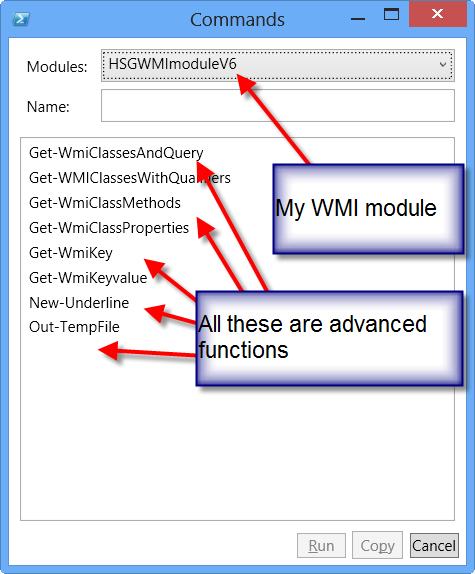 If I want to, I can choose one of the commands, and the dialog changes to display the parameters from the command. I can then run the command, or copy the command that gets created.

That is about it for today, join me tomorrow for more Windows PowerShell cool stuff.

PowerTip: Use PowerShell to Obtain User Input
Summary: Learn how to use Windows PowerShell to solicit user input.   How can I solicit input from the user?  Use the Read-Host cmdlet: $in = Read-...