Summary: Using the ConvertFrom-JSON and ConvertTo-JSON Cmdlets to edit a configuration file

A very excellent question. For which it produced a most interesting solution when I asked Sean Kearney one of our Microsoft PFE’s to look at it. Take it away Sean!

Let’s begin by examining the settings we are trying to change. They can be accessed under the “Settings” in Teams 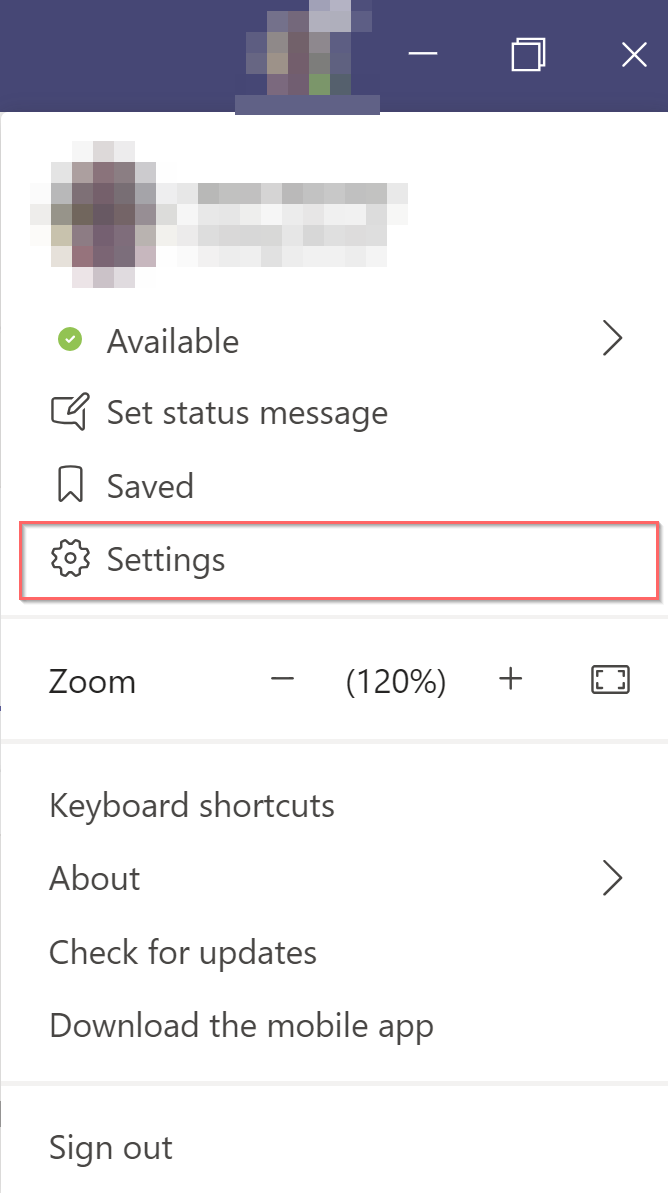 But if Teams was deployed and initially an Office wanted to delay use (*after say, until staff were trained*) it would still launch at login in some cases.

Since I couldn’t find a way online to do it so I decided to investigate. The first question which needed to be answered was “Where are the settings stored?”

To find that answer I pulled out the ever trustworthy tool from Sysinternals called “Procmon” which allows you to see what files and registry entries a process is accessing.

If you are curious on how to use this tool there is an excellent link from Christopher Haun on MSDN as well as a cool video from Scott Hanselman. In addition there are books written by Mark Russinovich and Aaron Margosis to show you all the ins and outs of this great suite of tools.

With a little bit of work I found a file which seemed to be written to when I checked and cleared the respective boxes. It was located under the following folder

Since it was a JSON formatted file, I was able to read it and Convert it to a standard PowerShell object using this piece of PowerShell

Once I had this object I could examine the contents (and did of course!) 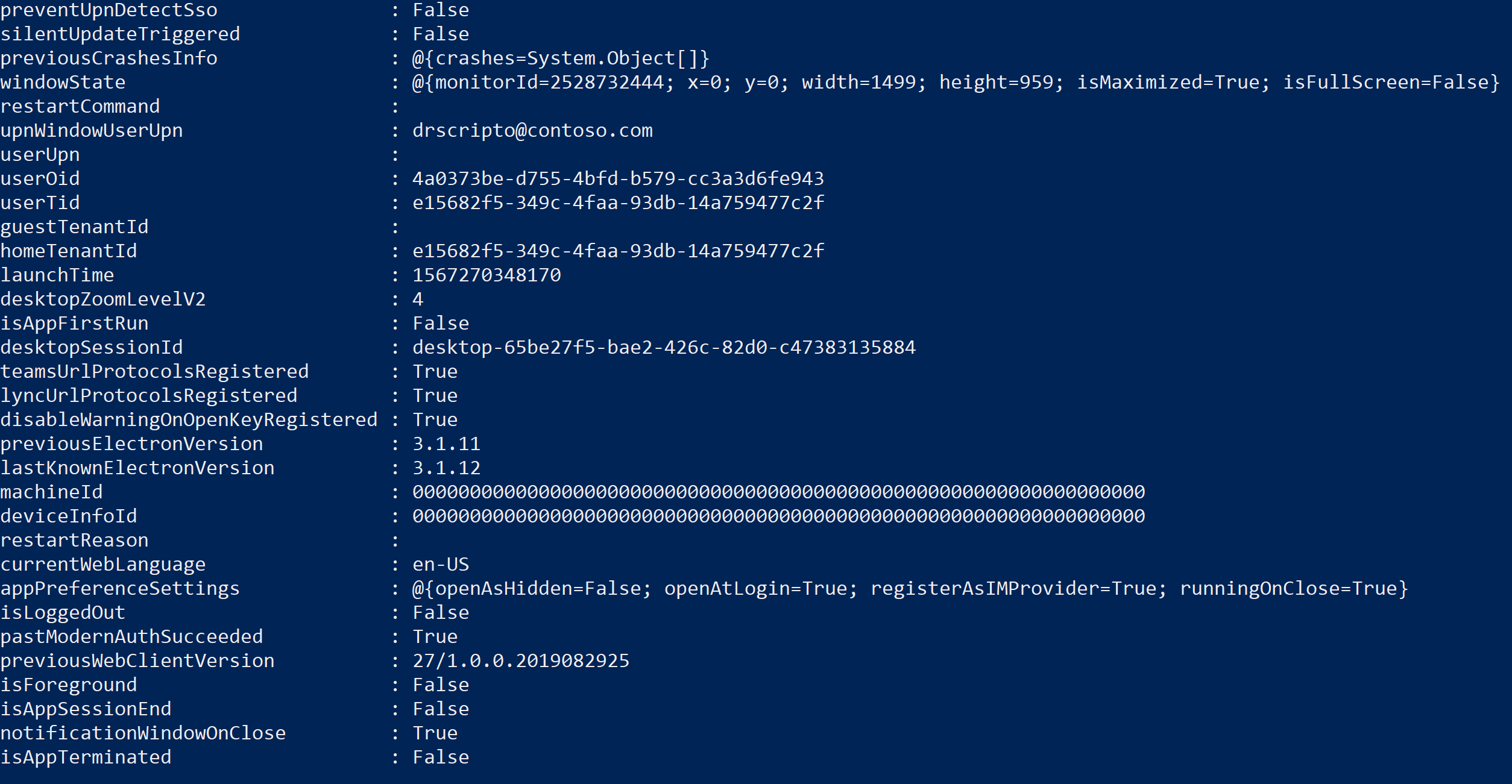 I could see several settings, but one appeared to contain the four I was looking for, “appPreferenceSettings”

I examined one of the values that I was interested in. I needed to know type of an object it contained, in this case the ‘openAtLogin’ one. For this we can leverage the gettype() method which will show us the Type of object it is.

Knowing this was a Boolean Object, if I wanted to clear the box I needed to set it from $True (checked off) to $False (Cleared)

I updated the value in the following fashion.

Now to test this I needed to do three things.

I launched the Teams process and examined the settings which confirmed it was updated properly! I actually did a little dance on that one when I saw it work. (No really I did, and Mrs. EnergizedTech looked at me funny when it happened 😉 )

The process then was clearly simple.

Here it was written as a Parameterized Script

Now with this script it was possible to update the settings in an easier fashion whether by Group Policy, Login script or any one of many other options.

Thanks Sean for sharing that with us! So RL that is all there is to editing the Teams configuration with PowerShell.

I invite you to follow me on Twitter and Facebook. If you have any questions, send email to me at scripter@microsoft.com, or post your questions on the Official Scripting Forum. See you tomorrow. Until then, peace.

PowerTip: Read a JSON configuration file as a PowerShell object
Summary: Using the ConvertFrom-Json Cmdlet in PowerShell to read a JSON formatted file Hey, Doctor Scripto! I've seen a lot of JSON files in use in Azure. I'm not ...

Doctor Scripto September 4, 2019
0 comment
Maximizing the Power of Here-String in PowerShell for Configuration Data
Summary: Discovering some of the awesome and neat ways to leverage a Here-String in a Script or function Q: Hey, Doctor Scripto! I used to write scripts with ...