Microsoft Scripting Guy, Ed Wilson, is here. This afternoon I am sipping a magnificent cup of Oolong green tea. I added a spoonful of jasmine buds to my teapot, in addition to a half cinnamon stick and a spoonful of lemon grass. The result is perfect. It goes well with the macadamia nuts I am munching on right now.

I got it through the pipeline

The next really cool thing about objects is that I can send them down the pipeline to other commands. The other commands might do things or format things. For example, a common way that people who come from other scripting languages write scripts is to “echo” everything. When they find the Write-Host cmdlet, they immediately begin to select the properties they want to display. An example of such a script is shown in the following image: 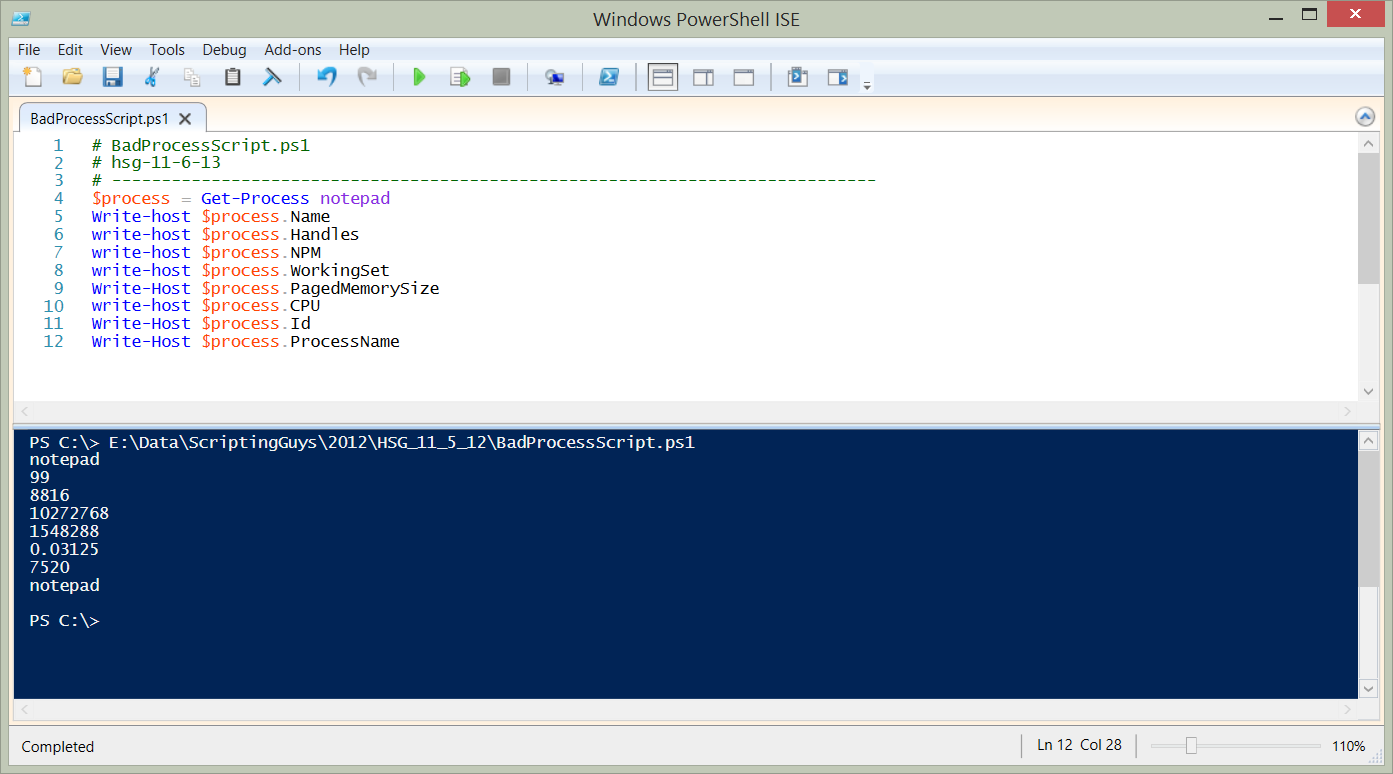 If I send the output to the Get-Member cmdlet, I can see that there are more properties available than just the default displayed here. In fact, there are a number of methods as shown in the following image: 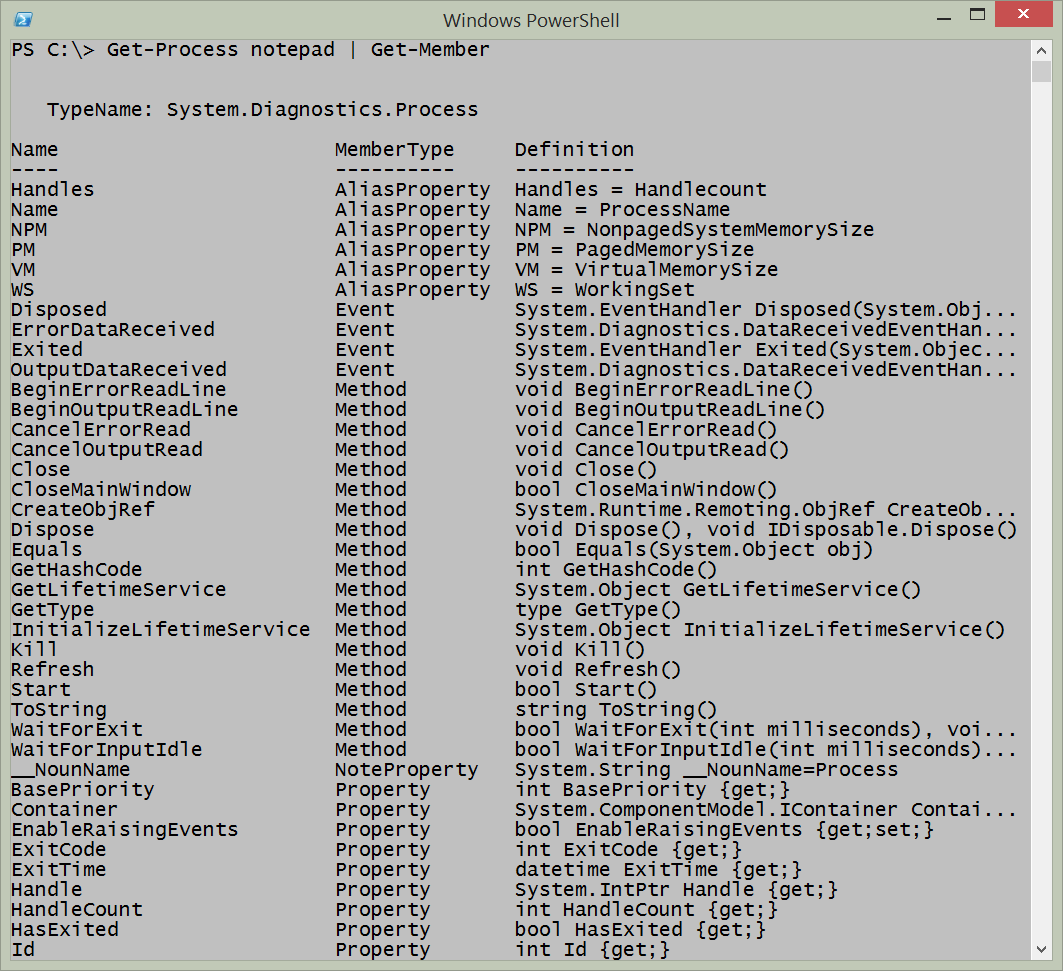 The cool thing about methods is that methods do things. After I use the Get-Member cmdlet, the first thing that appears at the top of the screen is the TypeName line. It tells me that I have an instance of the System.Diagnostics.Process object. If I do not know what that is, I can look up that exact phrase on MSDN, and it will tell me everything about the object—including how to use the various methods that appear in the output.

The cool thing about Windows PowerShell and objects is that I do not need to dive into the .NET Framework or MSDN to be able to do some things. For example, my Process object has the following cmdlets that automatically work:

The following image illustrates the command, and then shows that Get-Process can no longer find any Notepad processes:

Without using the pipeline, I would need to call the Kill method. It is not difficult, but it is another step. Here is an example:

Join me tomorrow when I will talk more about working with objects.