Microsoft Scripting Guy Ed Wilson is here. Today is the official kick-off of Microsoft TechEd 2012. This morning, the Scripting Wife and I headed into the conference hall and met up with Lido and Rohn for breakfast. Here is a photo of Lido Paglia and Rohn Edwards, the winners of the 2012 Scripting Games. 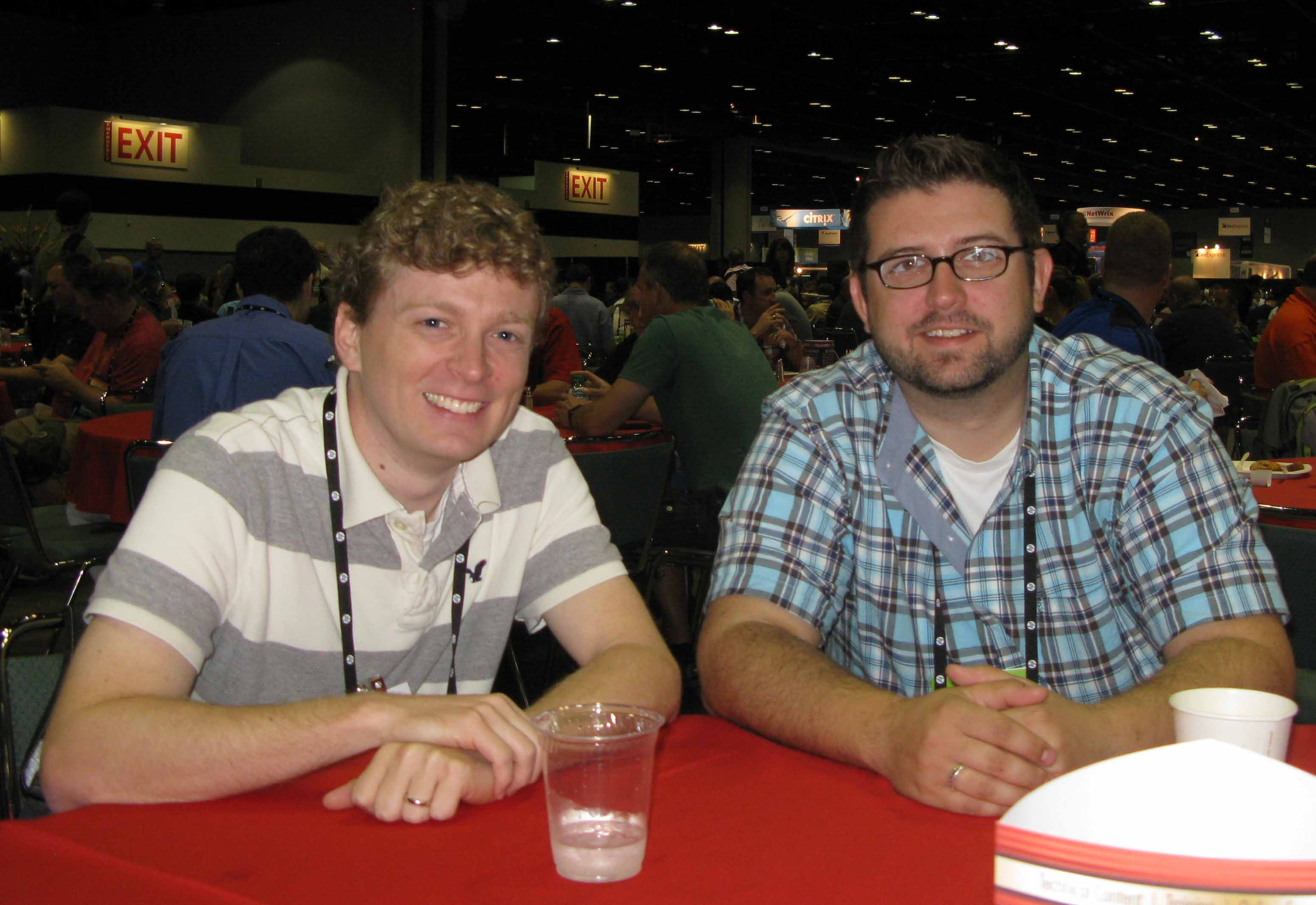 We were joined by Daniel Cruz, who is helping us out at the Scripting Guys booth. Last night we had an impromptu Windows PowerShell party with Microsoft MVPs, Don Jones, Sean Kearney, and Aleksandar Nikolic. Lido was also there, as was Jason Hofferle. (Jason will also be at the IT Pro Camp with us in Jacksonville on Saturday.) Of course, the party itself was sponsored by The Krewe, but whenever there are a few Windows PowerShell people in the same room, things always turn to a discussion of our favorite technology.

The Scripting Guys booth this year is awesome. We are sharing the space with my teammates from the Server & Cloud Division Information Experience. Our space is really cool with a couple of sofas, a table and stools, and of course the Script Center demo station. We worked really hard on the design for the booth. Here is the final product. 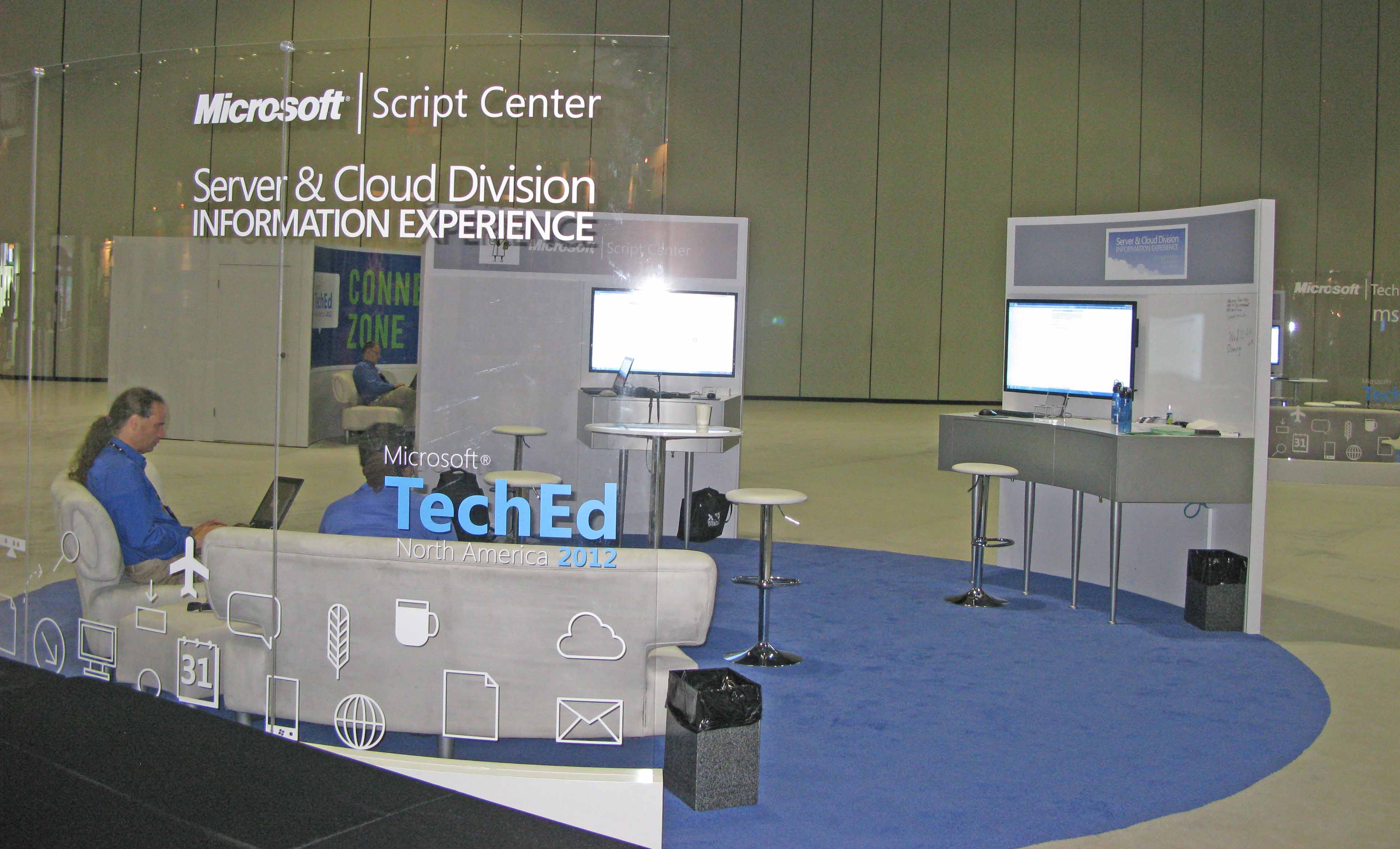 The Scripting Guys booth itself is in the back of the Expo center in an area called the Connect Zone. We are just behind the Windows IT Pro exhibit, and beside the Microsoft Services team near Aisle 2300. Here is a picture of the Connect Zone area.

That is about it for now. I invite you to follow me on Twitter or Facebook. In fact, if you make a tweet, or posting on facebook there is a good chance I will respond back from my Windows 7 phone. If you have any questions, send email to me at scripter@microsoft.com or post them on the Official Scripting Guys Forum. See you tomorrow. Until then, peace.

Scripting Guys Booth Visitors: Round One
Summary: Following the Microsoft TechEd 2012 keynote, the exhibit hall opened, and lots of people flooded in to talk to the Scripting Guys and friends. Microsoft Scriptin