PIX Timing Captures include several analysis features aimed at making it easy to find memory leaks in your title.  These features, coupled with the ability to take captures for extended periods of time, are a compelling combination for finding leaks, even those that can take a considerable amount of time to manifest themselves.

To enable the leak tracking features, select one or both of the memory tracking options when starting a Timing Capture. 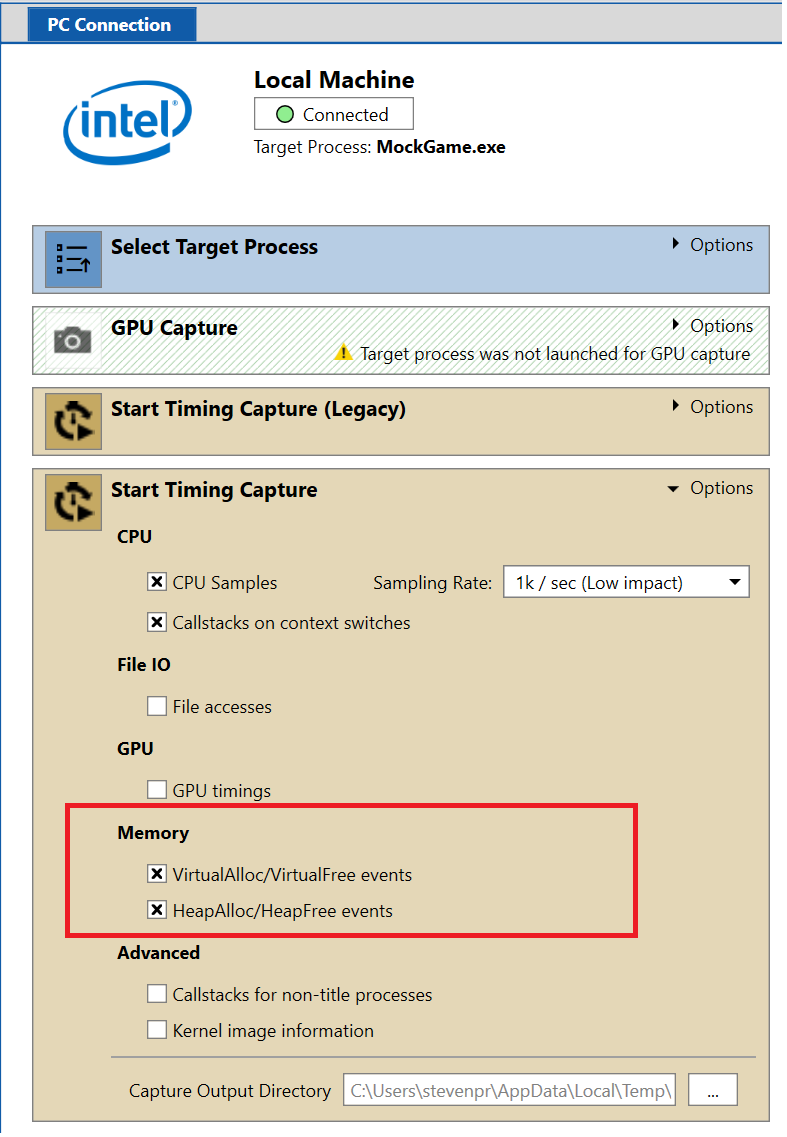 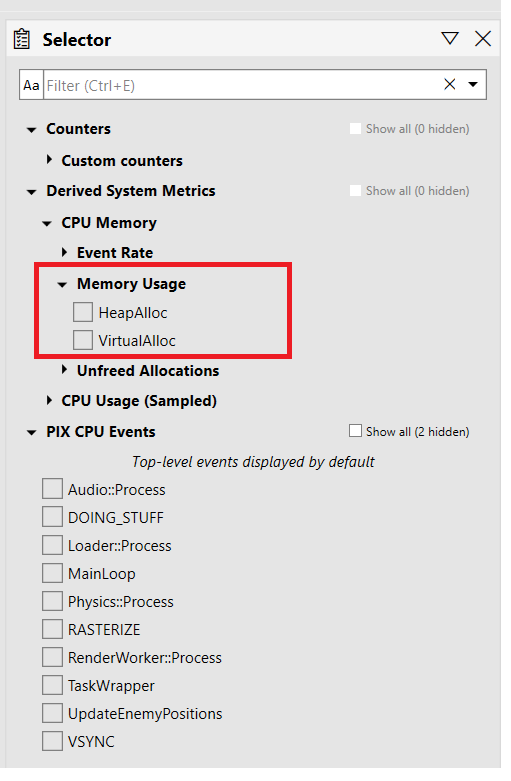 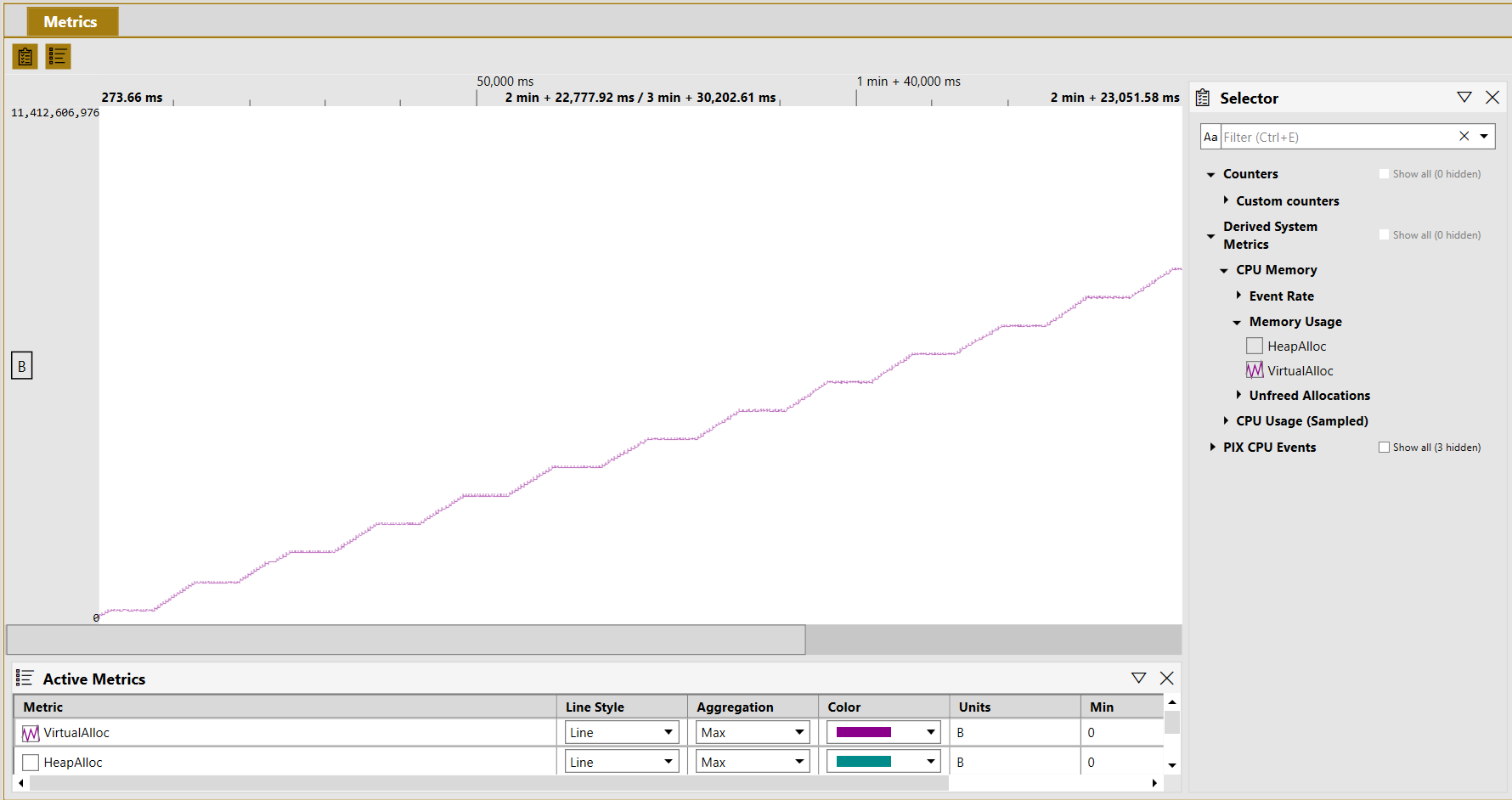 To determine if that’s the case, select a range of time in the Metrics view that corresponds to one or more periods of memory growth.  We’ll then use the Range Details view to analyze an Allocation Stack Tree for the selected period of time.

To make the analysis easier, I’ve created a custom layout that adds a Range Details view to the predefined Metrics View layout.  I’ve also used the Display Options panel in Range Details to set the Time Range dropdown to Sync with Metric View’s Selected Range.  Note that creating this custom layout isn’t required for analyzing memory leaks, I’ve just set it up this was as a convenience.  The Range Details view in the standard Timeline layout can be used as well.

Here’s my custom layout, with an area of growth selected in the graph and the Range Details viewing showing the Allocation Stack Tree. 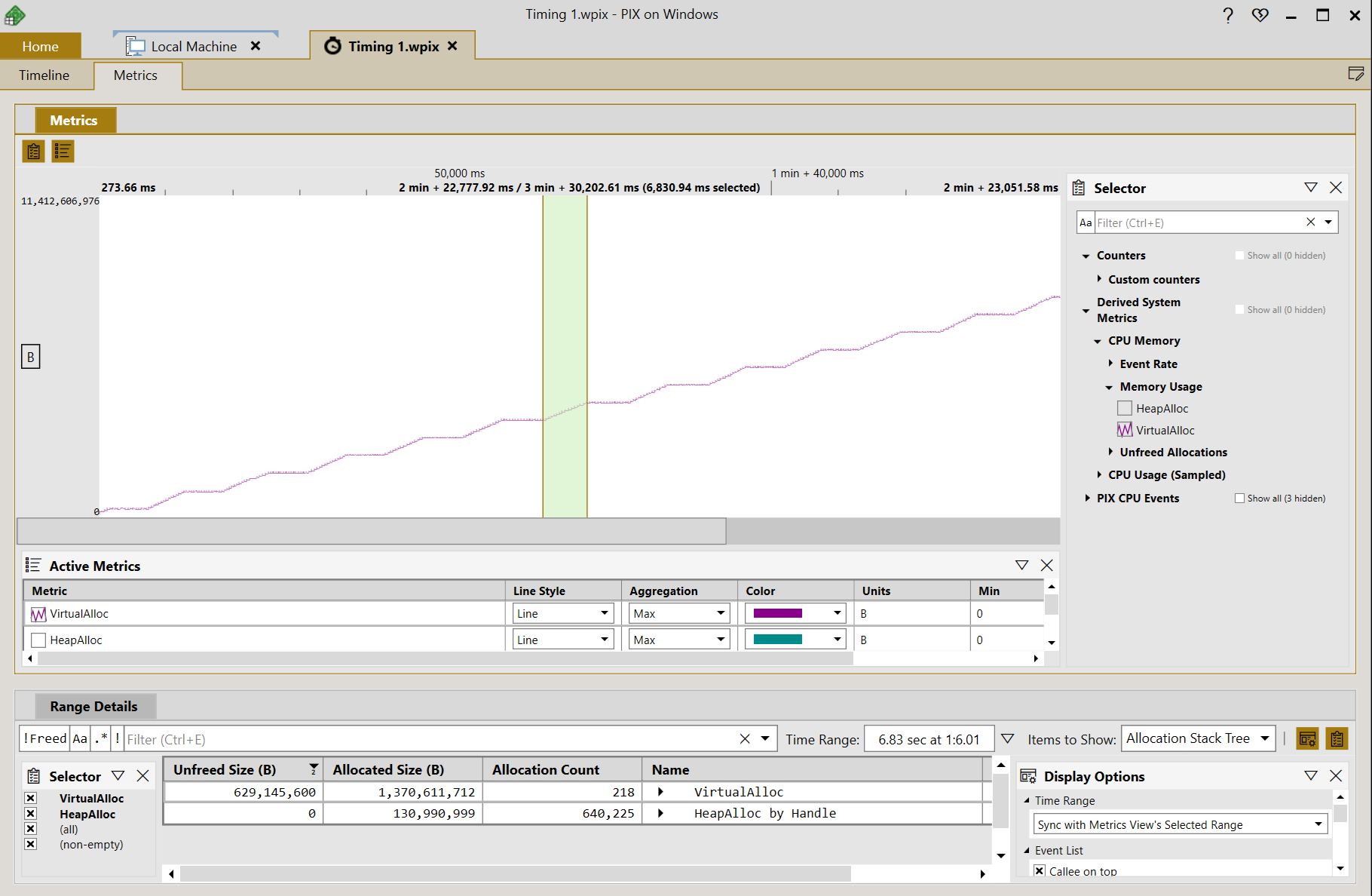 Drilling into the stack and using the Unfreed Size column is one way to find leaks, but given that the memory leak scenario is such a common workflow, PIX includes a shortcut to make this even easier. To find the call tree(s) in your title that are causing leaks, simply use the !Freed button at the top of the Range Details view.