Our partners at IO Interactive, the developers of the award-winning HITMAN franchise, recently added DirectX 12 support to HITMAN 2, with impressive results.  IO Interactive was so excited that they wanted to share a bit about how their innovative use of DirectX 12 benefits HITMAN gamers everywhere.

With the latest update HITMAN 2 is available for DirectX 12 and users report improved performance in many cases. HITMAN 2 is a great candidate for taking advantage of DirectX 12’s ability to distribute rendering across multiple CPU cores, which allows us to reduce the frame time considerably in many cases. The realized benefits depend on the both the game content and the available hardware.

In this post, we look at how HITMAN 2 uses DirectX 12 to improve performance and provide some guidelines for what to expect. 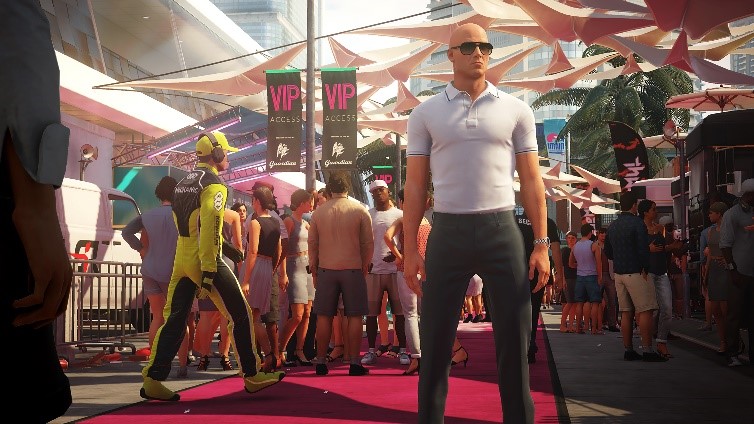 HITMAN 2 levels such as Miami and Mumbai are set in highly detailed environments and populated with big crowds with multiple interaction systems that react intelligently to the player’s actions.

Rendering these game levels often requires more than ten thousand draw calls per frame. This easily becomes a CPU bottleneck as there’s not enough time in a frame to submit all the draw calls to the GPU on a single threaded renderer.

DirectX 12 allows draw calls to be distributed across multiple threads which allows the game engine to submit more rendering work than previously possible. This improves the frame time of exciting game levels and allows us to create new content with even higher level of details in the future.

With its big crowds and complex AI HITMAN 2 is very CPU intensive, so we have built an architecture that allows us to take advantage of the available hardware resources. The Glacier engine powering HITMAN 2 uses a job scheduler to distribute CPU workloads across the available cores, so we already have the necessary engine infrastructure to take advantage of DirectX 12.

With DirectX 12 we can use the job scheduling mechanism of our game engine to distribute rendering submissions across available CPU cores. For complex game levels this offers substantial reductions in the time needed to submit rendering to the GPU and consequently reduces the frame time significantly.

The graph shows a significant reduction of the frame time across all the samples leading to a much smoother game experience. For instance, based on the numbers above the game rendered at 35 FPS 99% of the time on DirectX 11. On DirectX 12 this increases to 50 FPS, or close to a 43% improvement. 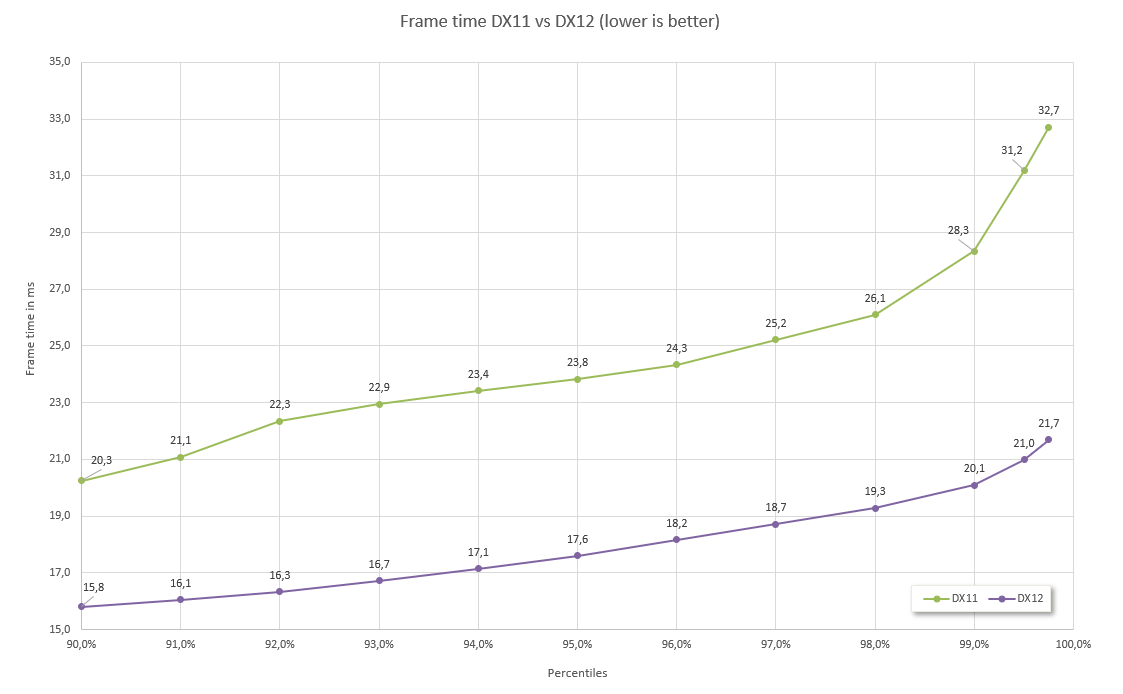 The data was gathered on a 6 core Haswell CPU with an AMD Fury X GPU. We expect to see performance improvements on PCs with a similar or better GPU and at least four available CPU cores.

We hope this new version of HITMAN 2 provides a better experience for some players and look forward to hearing your feedback.

Daniel June 3, 2019
11 comments
Debugger Extension for DRED
Microsoft recently announced the release of DRED (Device Removed Extended Data) for D3D12 in the Windows 10 May 2019 Update (previously referred to as the Windows 10 19H1...