Until now in Cloud-based Load Testing, you could use up to 20 cores (10 agents) in a single load test run. With the support for 100 cores, you should be able to generate 5 times the concurrent users than before. For example, , in a typical single load run using declarative web test, you will be now be able to generate 25,000 concurrent users, where you could generate just 5,000 until now (Of course, if your tests are light you could go well beyond this number). And you can run more than one run in parallel to further get a multiplier effect. You can read more about cores per virtual user and minimum users per core, here.

For leveraging this, you can specify the number of cores you want, in the properties sheet of your ‘Run Settings’ in your load test file. Go to the Run settings->Properties: 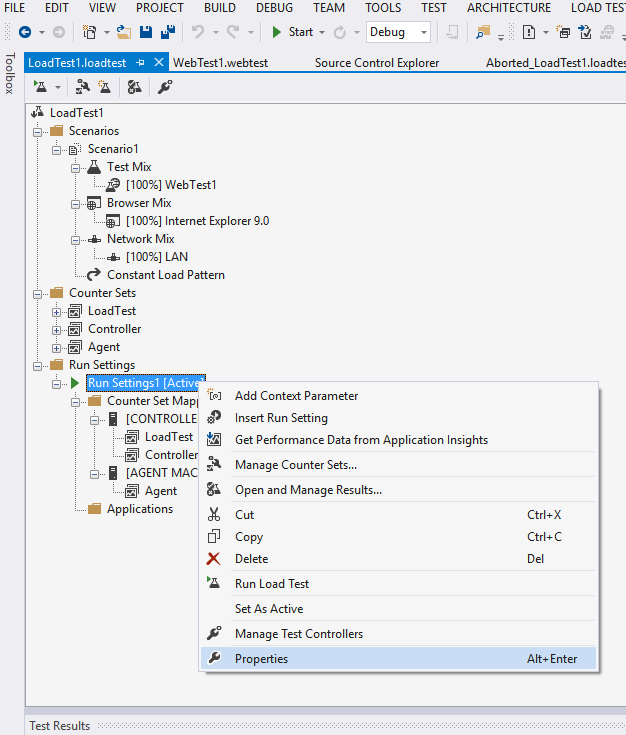 Update ‘Agent Count (Total Cores)’ to your desired number (up to 100 cores): 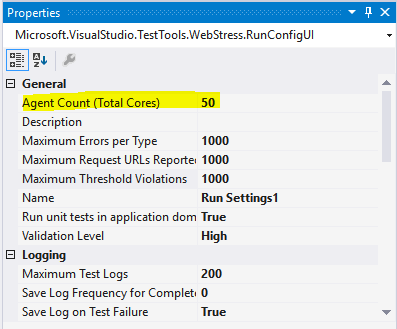 We look forward to any and all feedback on this. You can write to us at vsoloadtest@microsoft.com if you have any questions.

Other recent additions to the Cloud-based Load Test Service includes:

If you have a feature or improvement that you’d like to see in the product, please log them here.

Cloud-based Load Testing can be used for performance and load testing of your application by generating load from Azure. If you are new to Cloud Load Testing then the following links will help you:

Generating excel reports for load test runs done in between 03/19-03/31
Recently there was a bug caused in our system due to which customers will not be able to see the relevant data in the Excel reports for their runs done during the ...

Deepak.Singhal [MSFT] March 31, 2015
0 comment
Application Insights: Choose your own Performance Counters
You’ve always been able to see some performance counters in Metric Explorer: Process CPU, Available Memory, and so on. Windows has lots of other performance counters, ...