These shortcuts are installed with Visual Studio 2012, but only the “Developer Command Prompt for VS2012” (which is equivalent to the shortcut for the x86 native tools) is pinned to the Start screen by default.  The command prompts for the x64 cross tools, the x64 native tools, and the ARM cross tools are installed but aren’t pinned.

If you want to keep them visible on your Start screen, you can right-click on the tile and choose “Pin to Start”: 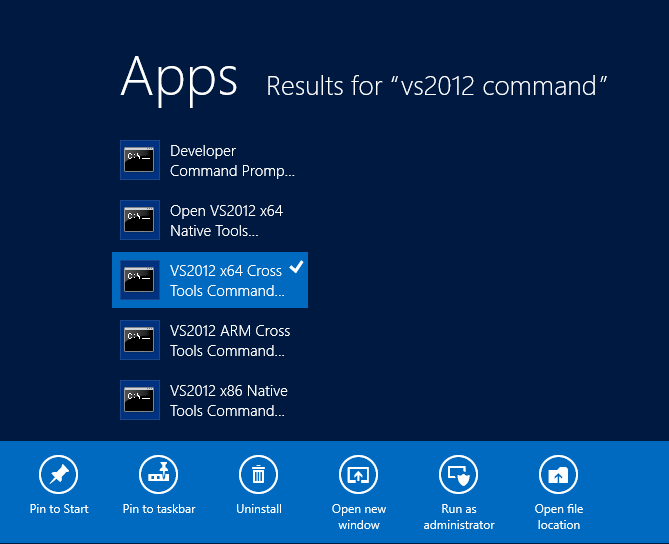 (Please note: depending on the version of Visual Studio 2012 you have installed, you may not see the same list of command prompt shortcuts.  Not all shortcuts are installed with Visual Studio Express versions.)

Profile Guided Optimization (PGO) drives next generation SAP NetWeaver Performance
To introduce myself I am Ankit Asthana and I am the program manager for the backend C++ compiler. In my last blog I provided an introduction to what Profile Guided ...