Big news from the Postgres and Citus team here at Microsoft! Just 1 week after PostgreSQL 15 was released, PostgreSQL 15 GA is generally available in the portal for the Azure Cosmos DB for PostgreSQL managed service—in all Azure regions. Whether you need to provision new clusters in Azure Cosmos DB for Postgres—or upgrade your existing database clusters—Postgres 15 is now a choice for you. Oh, and you can upgrade your existing cluster to Postgres 15 from any of the other supported major Postgres versions, using the in-place major version upgrade feature.

The PostgreSQL 15 release of what many people fondly call the “world’s most advanced open source relational database” includes so many advancements, including (and this is just a few): sort performance improvements, SELECT DISTINCT parallelism, prefetching of pages during WAL replay, planner improvements for partitioning, and more. More details about our Postgres 15 support are in the Citus 11.1 release notes here.

If you missed the recent news at #MSIgnite, the Azure Cosmos DB for PostgreSQL database service came into being quite recently and was formerly known as Hyperscale (Citus). Ozgun Erdogan and Umur Cubukcu’s announcement blog post, Distributed PostgreSQL comes to Azure Cosmos DB, will walk you through what it’s all about.

Powered by the Citus database, an open source extension to Postgres, Azure Cosmos DB for PostgreSQL is a relational, distributed SQL database service that enables you to run on Postgres at any scale—from a single node to a large, distributed cluster. The Citus 11.1.3 open source packages were released with PG15 support (download here) just 2 business days after the new Postgres 15 release, too! 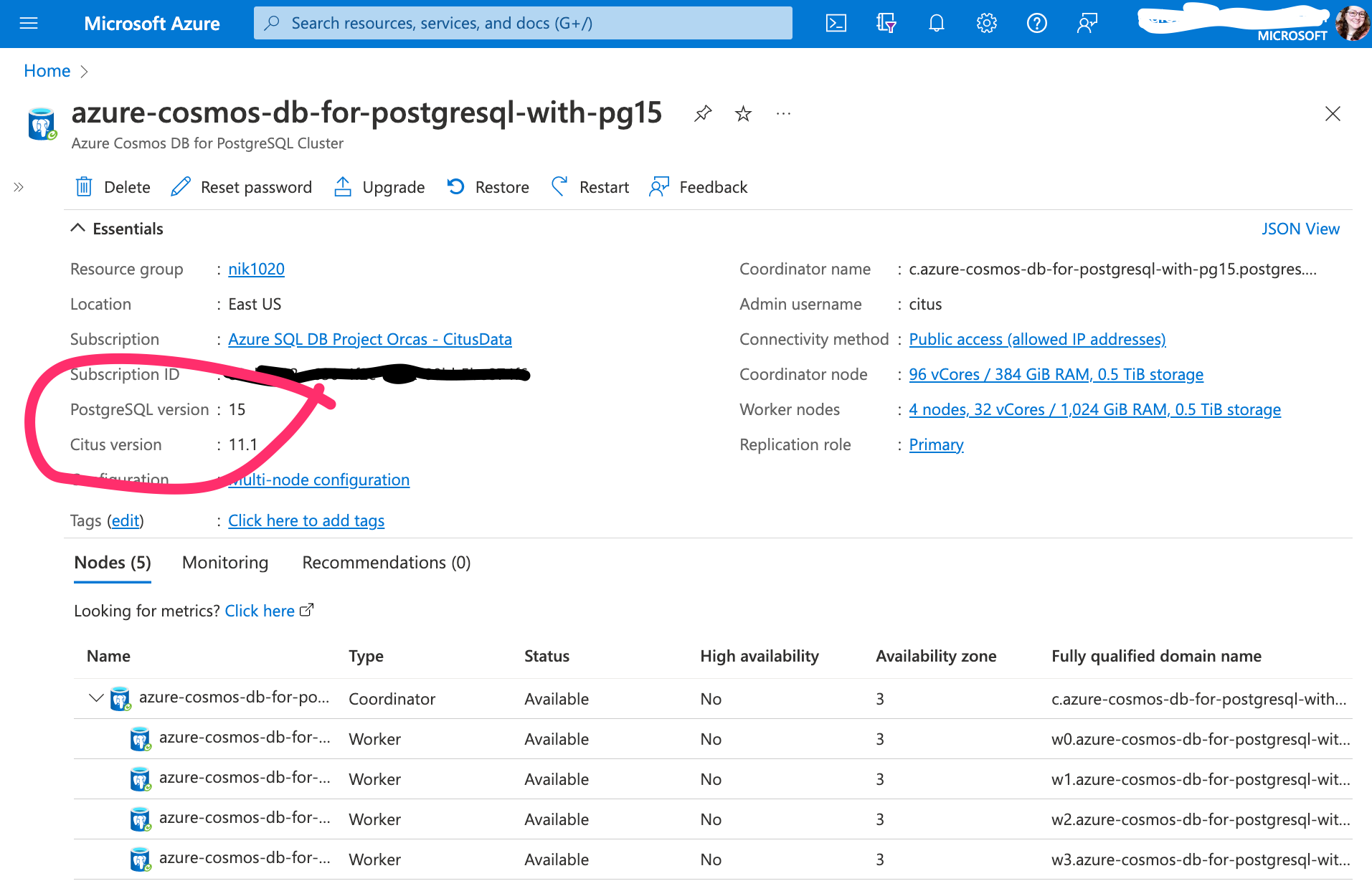 Figure 1: Screenshot from the Azure Portal of a 4-node Azure Cosmos DB for PostgreSQL cluster, showing the PostgreSQL and Citus version numbers.

Postgres, PostgreSQL and the Slonik Logo are trademarks or registered trademarks of the PostgreSQL Community Association of Canada, and used with their permission.