Below is a screenshot of Bash on Windows running ifconfig: 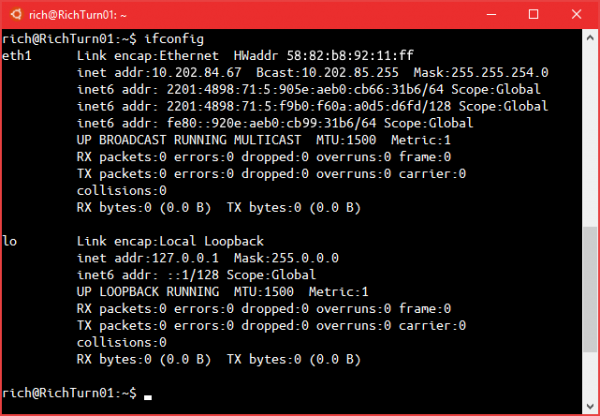 This new feature should unblock tools/languages/features including

Note: At this time of writing, there are a couple of related issues that you may trip over: BSOD starting Vivaldi Browser #1344 Node: invalid argument, uv_interface_addresses #1343 The team are working on fixes for these issues which will bubble up to insiders ASAP.

In the meantime, please do try out this feature and let us know if you find issues!

More easily invoke Windows apps and tools from Bash on Windows
Along with support for ifconfig & network connection enumeration, Windows 10 Insider Build 14965 delivers a small but important change was made which will enable you...

Rich Turner
November 10, 2016
0 comment
Do not change Linux files using Windows apps and tools
Update - May 2019 Windows 10 version 1903 has now been released and allows an important update to WSL that allows Windows applications and tools to access Linux files ...