Oh my – some dashboard candy that is life changing

A month or so ago we opened a Visual Studio Team Services instance in Canada and yesterday it occurred to me to wonder how that was going.  I sent mail to someone who “owns” that scenario and after a little back and forth I had the answer.  He then asked me if I wanted to see that data on a regular basis for all our instances and I said no, that wasn’t necessary but that I’d like to track the growth of new regions for, at least, a few months after we launch them so I can understand how successful they are and what the uptake is.  A few minutes later, he responded with a link and said I could use that to track it.  I clicked on it and was surprised to see it was a link to a VSTS dashboard (I think I was expecting PowerBI or something).  And there was this widget. 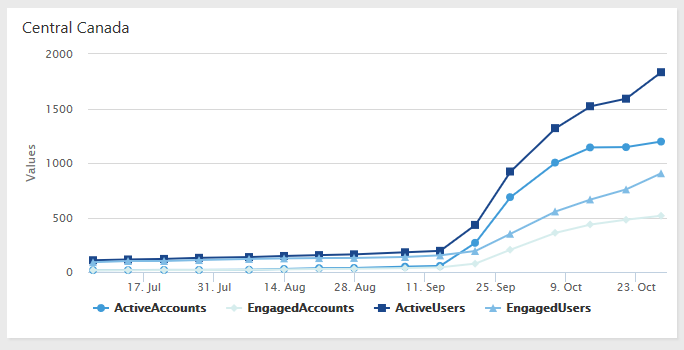 And I thought, wow, that’s really cool.  Where did that come from?  So I went into to configure the widget.  I discovered that the widget was one that connected to Application Insights Analytics (or Kusto, which is our internal instance of AI Analytics) and could presumably be made to work with OMS Log Analytics (which uses the same Kusto engine that AI Analytics does).  Holy crap!  My mind exploded.  You may have seen some of my posts where I’ve raved about how awesome Kusto is and all the amazing stuff you can do with it.  Now, I can bring all that power directly into my VSTS dashboard.  OMG, that’s life changing.  I can mine telemetry from the running applications and mash it up in my VSTS dashboard with engineering data.  So cool. So I poked around Aaron’s dashboards and found more stuff he was using this widget for.  Here’s where he’s tracking install successes and failures of TFS 2018 RC2 installs, grouped by scenario. 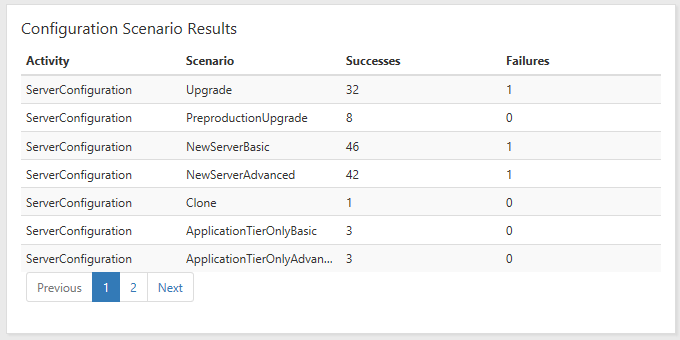 And here’s where he’s tracking VIP swap times and build numbers on production VSTS instances of one of our services (called the “TFS” service ;)). 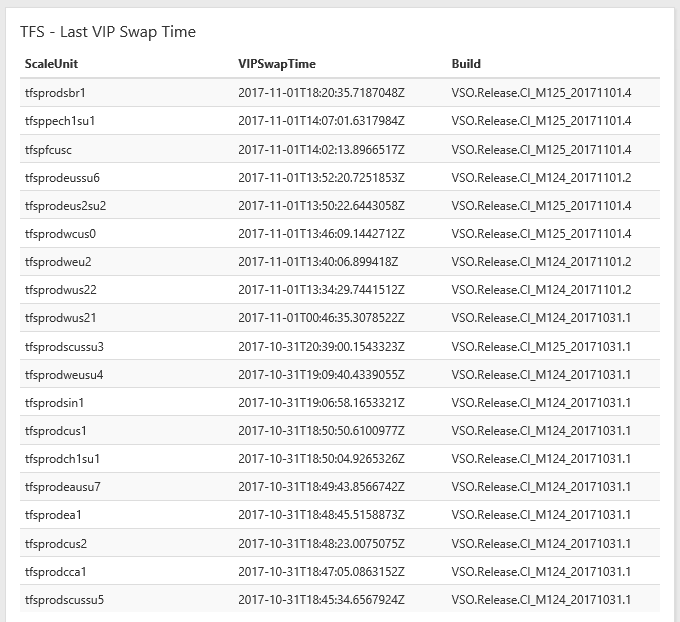 Again, the possibilities boggle the mind.  I’m giddy with excitement and that doesn’t happen very often 🙂

So, I tracked down who built the widget (it’s internal only right now), gave some feedback – it’s cool but it’s got a few rough edges, and asked if there was any way we could work towards making this publicly available.  We’ll see if I can get that done.  It would be so awesome.

Team Foundation Server 2017 Update 3 available
Today we released the final build of TFS 2017 Update 3.  This release follows the release candidate and addresses all the customer feedback we have gotten and all the ...

Brian Harry
November 6, 2017
2 comments
Visual Studio Team Services in Hong Kong
Today we opened a new VSTS instance in Hong Kong - the Azure "East Asia" region.  This adds to our instances in US, Europe, Brazil, India and Australia, giving us ...