I’ve written a couple of posts in the last month or so soliciting performance feedback from you all and talking about our performance efforts.  Since we realized the degree of performance problem that we still had, we have spent a ton of effort working on understanding it and making it better.

Just yesterday, we made available a build we’re calling “SLCTP1” (Super Limited Community Technology Preview 1 :)).  That build is only available under NDA and is only being provided to customers who have reported specific performance issues and worked with us to narrow them down so that we could improve them.  We’ll be doing another SLCTP build in a couple of weeks, followed by a more generally available preview in the new year.  We are serious about addressing your concerns and ensuring that VS2010 is the best version of VS we have ever shipped in almost every respect.

One of the areas we’ve gotten a lot of feedback on is intellisense performance.  We’ve made a ton of improvements.  Below, I’ve included some before and after videos running on a Netbook.  The first video approximates the typing performance in Beta 2 and the second is what we are seeing today (with all of the fixes that we have made).

Now I have to say, I have some trepidation in posting these.  When I looked at these videos myself, I thought – How could we have possibly shipped Beta 2 this way?  And, The current is WAY better but I still wouldn’t call it great yet.  The first thing I will observe is that I have a number of other videos on less constrained hardware where the difference is MUCH harder to see (because Beta 2 wasn’t nearly so bad).  I’ve posted this one precisely because it highlights how much difference we have made.  Clearly we had some serious CPU bottlenecks in Beta 2 that didn’t show up on high end dev machines but did on under powered net books.  Part of what we learned from Beta 2 was that testing on our pristine, relatively new, test machines in our lab was not a very realistic reflection of what customers would see.  We’re addressing that.

Here they are as I grimace 🙁 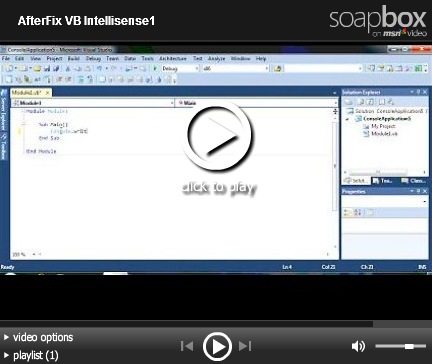 We’re not done.  We have a lot more work in the queue to make performance even better but I wanted to share with you some of the great progress we have made.

Lab Management in VS 2010
One of the coolest new capabilities in 2010 is "Lab Management".  It enables you to automate the setup and configuration of test environments, saving you a bunch of ...

Brian Harry
December 5, 2009
0 comment
Anatomy of a Performance Problem
You've seen me write a fair amount recently about the VS 2010 Beta 2 performance problems - well, you're going to see me keep writing about them :)  We've had enough...