It doesn’t matter if you’re on a Windows or a macOS machine, you have access to amazing IDEs to build iOS, Android, Mac, and Windows apps and libraries with Visual Studio and Xamarin Studio. But, what if you could take all of your code on the go and with you everywhere you go? What if you could open up a code file, library, or Xamarin.Forms project on your iPad and start coding with a full professional mobile development environment with IntelliSense powered by Roslyn? That’s the experience that Frank Krueger, Xamarin MVP, delivers with his new app, Continuous Mobile Development Environment, a professional C# and F# IDE for your iOS devices. 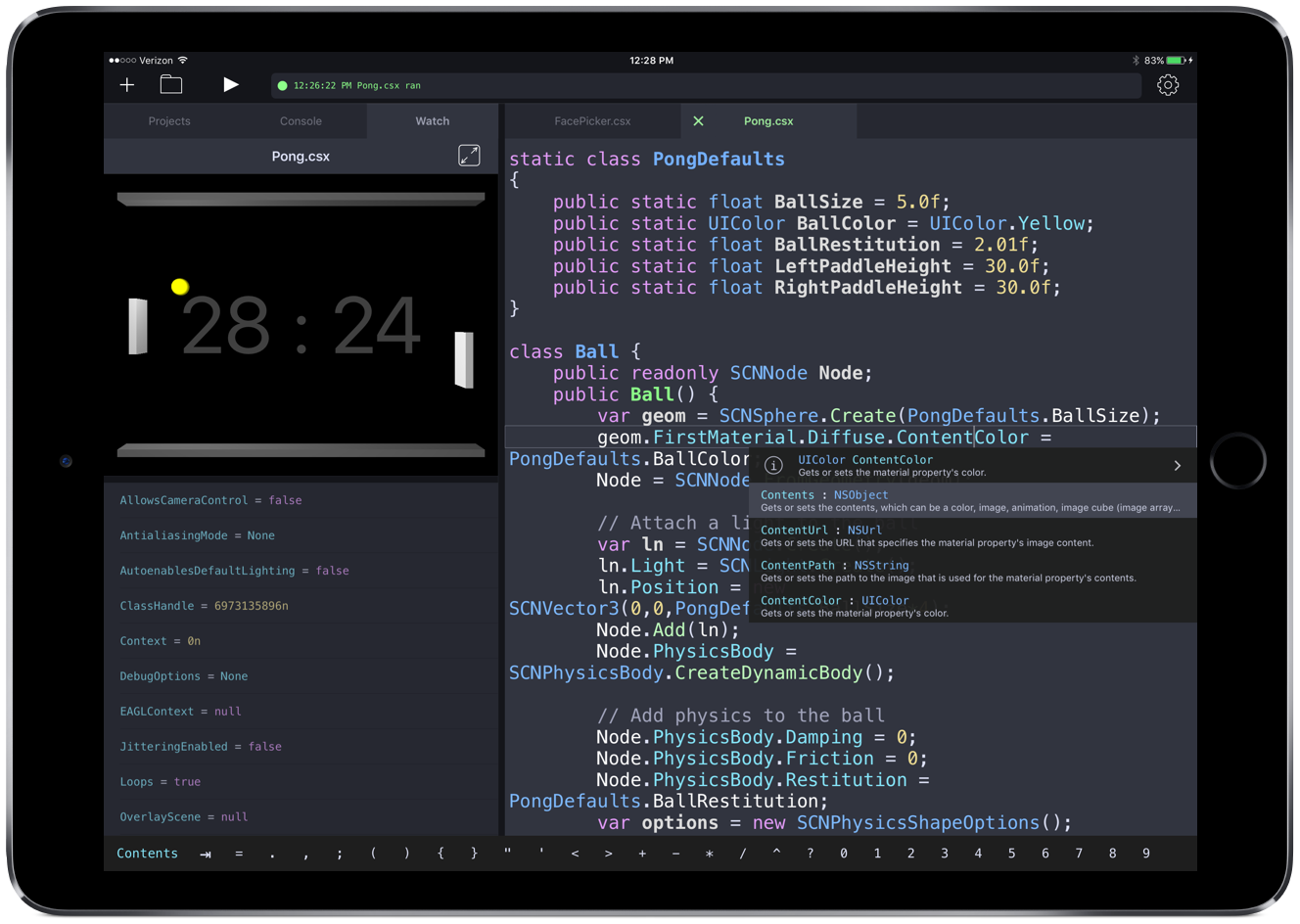 Frank Krueger has been developing apps with Xamarin since it first came out. He’s seen great success as an independent developer with apps including iCircuit and Calca. Continuous demonstrates the full potential that’s unlocked for .NET developers through Xamarin, with full API access across all platforms and the power of .NET.

Powered by the open source .NET compiler platform as a service Roslyn, Continuous offers full syntax highlighting and code completion as well as documentation for over 60,000 symbols. Krueger was able to deliver rich F# support with the open source FSharp Compiler, and to bring Continuous full circle and deliver support for .NET’s standard library, all iOS APIs, and support for Xamarin.Forms, it leverages Mono and the now open sourced Xamarin.iOS and Xamarin.Forms. It’s amazing to see what can be built with these open source technologies!

As a professional development environment, Continuous is lightning fast, has an interactive output window to see your app running live, automatic and constant debugging, and works completely offline. If that wasn’t enough, Continuous deeply integrates into iOS features and has a custom keyboard accessory for quick access to much needed keys for C# and F# development. Continuous doesn’t stop there, though—it also enables developers to carry on development in your favor desktop IDEs, Visual Studio and Xamarin Studio. You can share a single file, zip an entire solution, or collaborate with other iOS apps to synchronize with Git.

You can learn more about Continuous at continuous.code and learn more about its development and release on Krueger’s blog. We want to congratulate Frank on his release of Continuous; we can’t wait to see what he and all developers building apps with Xamarin come up with next. To learn more about all of the open source projects at Xamarin, visit open.xamarin.com

Craig Dunn July 21, 2016
0 comment
Preview: Android Nougat is on the Way
Today, we're excited to release a new version of our Android N Developer Preview, which features bindings to the final APIs of the Android N SDK. The new version inc