The BindingContext is one of the most important parts of the Xamarin.Forms data binding system, especially in MVVM applications. Being built into the Binding type as the common source for bindings in a specific scope reduces plumbing code needed and makes XAML more concise. Unfortunately, for any given View there is only one BindingContext available to bind against. Most of the time this isn’t a problem, but complex data hierarchies often lead to situations where an element needs to bind to the BindingContext of some parent element in addition to its own local BindingContext. For example, you are working with a collection of items using CollectionView. In the DataTemplate of each element you need a Button associated with a Command. However, by default, the BindingContext in the template is an item from the collection. How do we access a Command in the BindingContext of the CollectionView?.

Self indicates the element on which the binding is being set, allowing you to bind one property of that element to another property on the same element. For example, we want to draw a square using a BoxView. We can do this using the element name:
Alternatively, we can achieve the same result using the RelativeSource: 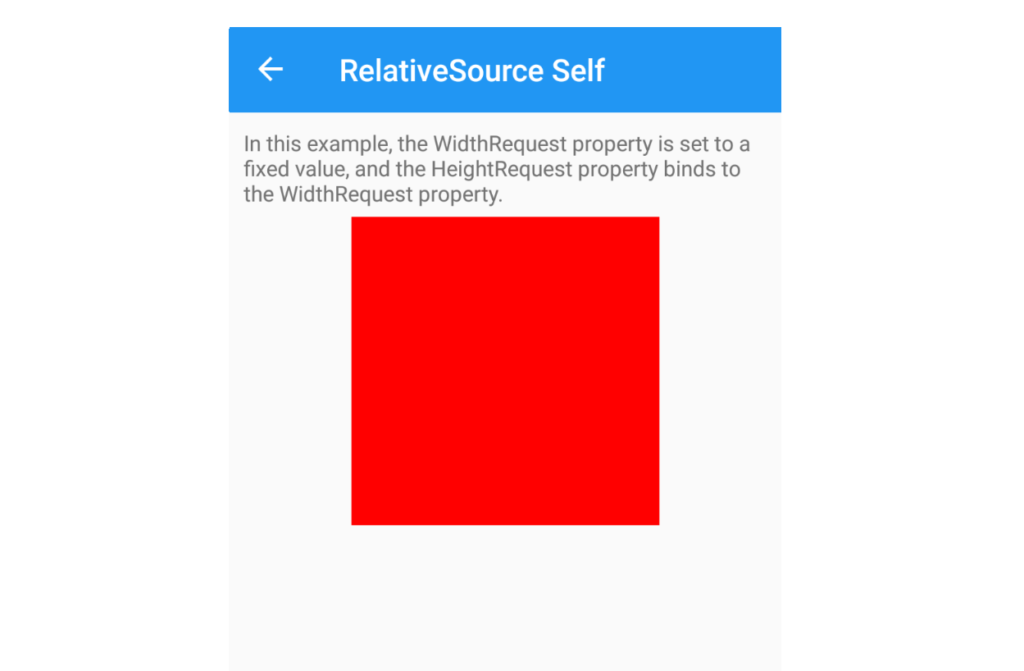 The FindAncestor relative binding modes are used to bind to parent elements in the visual tree.

In this example, the BindingContext of the page is set to the RelativeSourceViewModel property of itself. The CollectionView binds to the Drinks property of the viewmodel. The DataTemplate, which defines the appearance of each item in the CollectionView, contains a Button. The button’s Command property is bound to the BuyCommand in its parent’s viewmodel.
The AncestorType property should be set to the type of the element to use as the source. 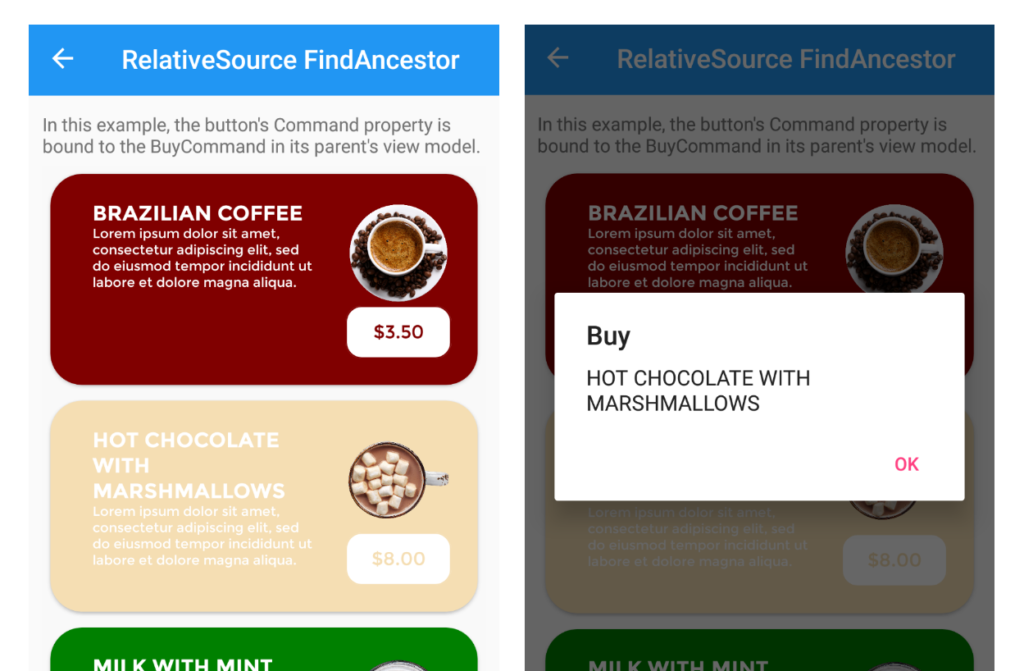 In this example, the Frame, which is the root element of the ControlTemplate, has its BindingContext set to the runtime object instance to which the template is applied. Therefore, the Frame and its children resolve their binding expressions against the properties of each custom control object. 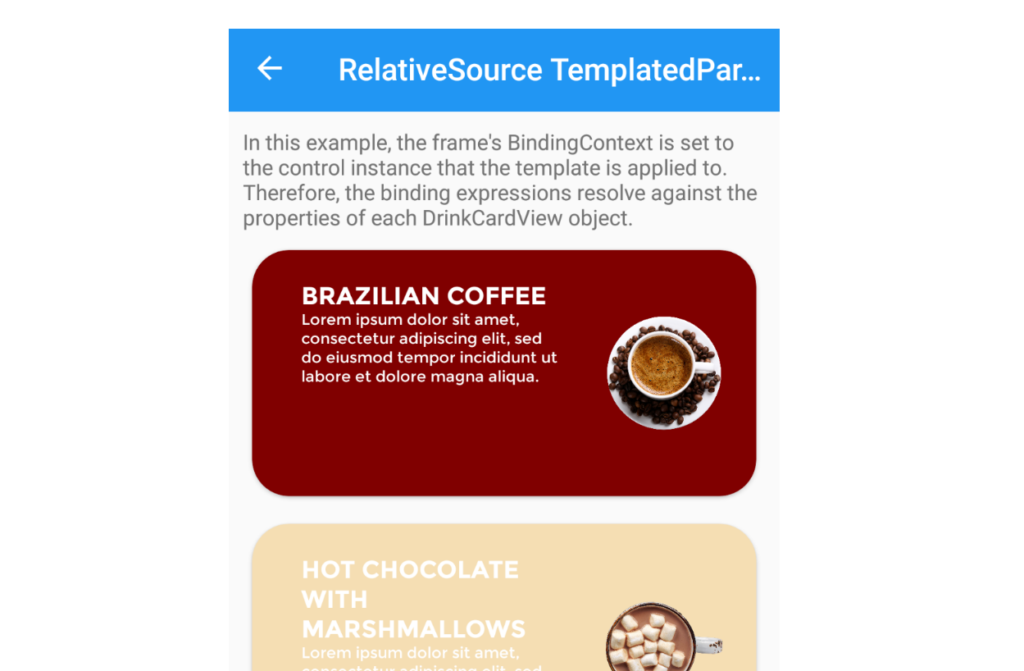 Hopefully this blog was helpful and showed you how easy it is to use RelativeSource. You can find the sample we have seen in this article and read more about RelativeSource in our amazing documentation.

danielhindrikes March 27, 2020
0 comment
Social Authentication with Xamarin.Essentials and ASP.NET Core
Many apps require adding user authentication, and this often means enabling your users to sign in their existing Microsoft, Facebook, Google, and now Apple Sign In accounts. With Xamarin.Essentials' new WebAuthenticator and using ASP.NET Core on your backend it has never been easier. Learn more!