Visual Studio for Mac version 8.10 is available for you to download today.

One of the exciting additions to this release of .NET 6 is the new approach for building minimal APIs in ASP.NET Core: 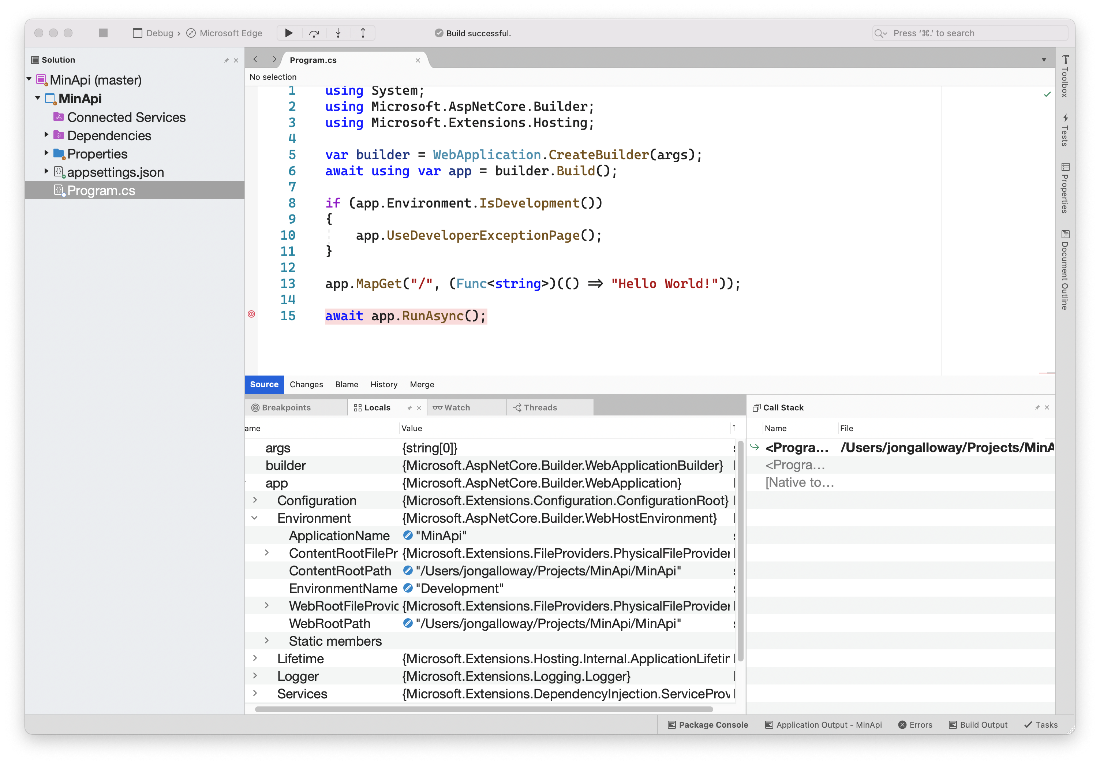 As we recently announced, we’re putting significant effort into rewriting the code responsible for Visual Studio for Mac’s UI to use fully native code. This will provide several benefits, including improved performance and reliability, as well as improved accessibility through better integration with the macOS operating system and its built-in assistive technologies. This is a major effort, and the full UI refresh won’t be complete until the Visual Studio for Mac 2022 release, but we have included a sneak peek at some of this work in this Visual Studio for Mac 8.10 release: a natively rewritten Solution Window and NuGet dialog.

Working towards Visual Studio for Mac 2022

While we expect to offer native support for M1 and Apple Silicon in the future, our first step to M1 support is via the Rosetta 2 translation layer. In our testing, M1 support is working pretty well as of Big Sur 11.2 (which included some fixes for .NET Core support) and later. You can continue to monitor our support for M1, and report any issues you encounter, via the Developer Community issue.

We hope you enjoy Visual Studio 2019 for Mac as much as we enjoyed working on it. To update to this version, you can download the installer from the Visual Studio for Mac website or use the in-product updater to update an existing installation.

John Miller
June 7, 2021
2 comments
Learn What’s New in .NET Productivity
The .NET Productivity team (aka. Roslyn) continues to enhance your developer productivity with the latest tooling updates in Visual Studio 2019. In the last release, we ...