Today, we are releasing the second preview of Visual Studio 2017 version 15.9, and it can be downloaded here. This latest preview contains new features and improvements to Universal Windows Platform development, C++ debugging, and export installation settings. Read more in the feature highlight summary below and check out the Visual Studio 2017 version 15.9 Preview 2 release notes for more details on all the new, exciting features contained in this Preview.

In Visual Studio 2017 version 15.9 preview 2, we have a combination of new features and product enhancements for Universal Windows Platform developers. Read below to see what’s new! 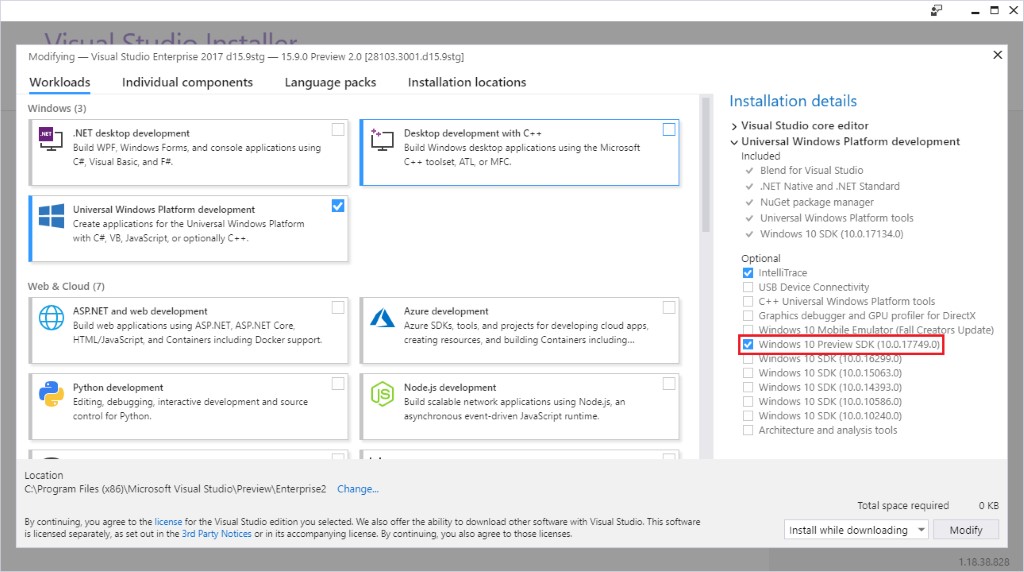 MSIX Package Creation: You can now create .MSIX packages in Visual Studio either through the Universal Windows Platform packaging tooling or through the Windows Application Packaging Project template. To generate a .MSIX package, set your Minimum Version to the latest Windows 10 Insider Preview SDK (build 17754), and then follow the standard package creation workflow in Visual Studio. To learn more about .MSIX packaging, check out this Build talk.

F5 Performance Improvements: We have optimized our F5 (build and deploy) tooling for faster developer productivity with UWP development. These improvements will be most noticeable for developers that target a remote PC using Windows authentication; but, all other deployment types should see improved performance as well.

UWP XAML Designer Reliability: For developers building UWP applications with a target version of Fall Creators Update (build 16299) or higher, you should notice fewer XAML designer crashes. Specifically, when the designer tries to render controls that throw with catchable exceptions, the rendered control will be replaced with a fallback control rather than crashing the design surface. These fallback controls will have a yellow border (shown below) to indicate to developers that the control has been replaced. 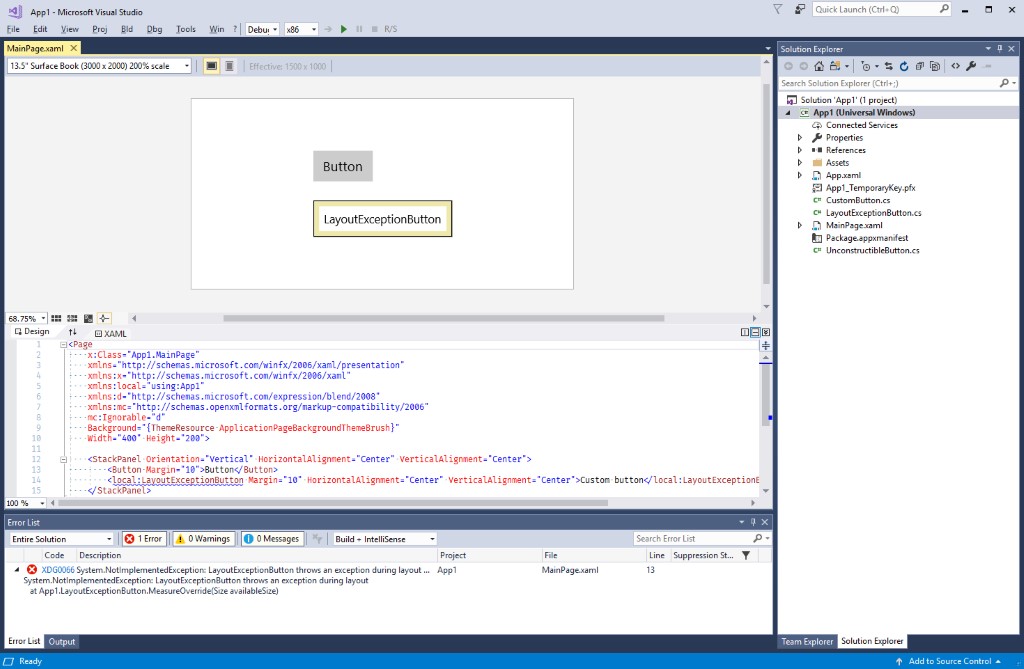 Step Back in the C++ Debugger

In Preview 2, we’ve added “Step Back” for C++ developers targeting Windows. With this feature, you can now return to a previous state while debugging without having to restart the entire process. It’s installed, but set to “off” by default as part of the C++ workload. To enable it, go to Tools -> Options -> IntelliTrace and select the “IntelliTrace snapshots” option. This will enable snapshots for both Managed and Native code. 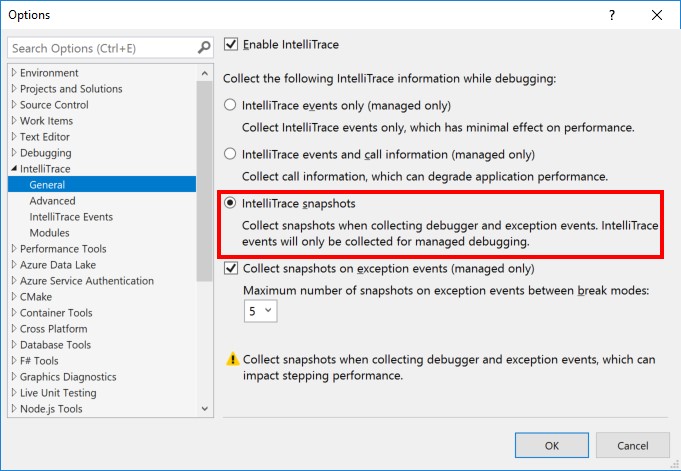 Once “Step Back” is enabled, you will see snapshots appear in the Events tab of the Diagnostic Tools Window when you are stepping through C++ code. Clicking on any event will take you back to its respective snapshot. Or, you can simply use the Step Backward button on the debug command bar to go back in time. You can see “Step Back” in action in concurrence with “Step Over” in the gif below. 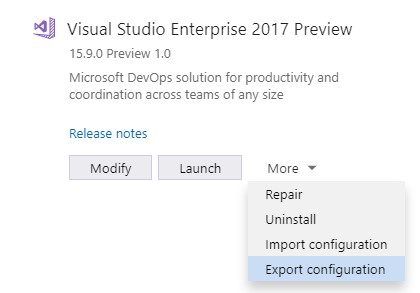 Try out the Preview

How can I pause my code in Visual Studio? Breakpoints FAQ
Have you ever found a bug in your code and wanted to pause code execution to inspect the problem? This blog post showcases the various kinds of breakpoints that can be used to accomplish this task in Visual Studio 2017.