Today, we are releasing Visual Studio 2017 version 15.9. The easiest way to update is directly from within Visual Studio 2017 by selecting Help>Check for Updates or select “Update” from the Visual Studio Installer. You can also download from VisualStudio.com to get the latest release of Visual Studio. If you prefer to try these updates without installing, you can create a Visual Studio image on Azure. You can find the complete list of all the changes in the release notes and view the issues you submitted that are fixed on Developer Community.

Let’s look at a couple of the standout scenarios in this update that you can now try.

Step Back for C++

Step back debugging is a type of historical debugging. Visual Studio works with the runtime and operating system to take snapshots of a running application’s stack, enabling you to hit a breakpoint and then to step backwards and forwards, with full access to the call stack, variables, and watch windows. We first talked about this feature back in October for C# in this blog post and now we’re adding it for C++.

With IntelliTrace events and snapshots enabled in Tools>Options>IntelliTrace, every step (in, out, over) you take has a corresponding “step backwards” command to get back to the state of the app at a previous step. Step Back saves you from having to restart your debug session just to check what state your app was in a few lines above. It also makes it easy to compare the state of your application at two different points. Better yet, the diagnostic tools window contains a list of all the states that you can jump to – just double click on your desired event in the diagnostic tools window.

To use the C++ step back feature, you’ll need the Enterprise edition of Visual Studio and the Windows 10 Anniversary Update (1607) or later.

Have a look at the gif below to see this feature in action, and remember that you can read more about how it works on the Visual C++ Team Blog. 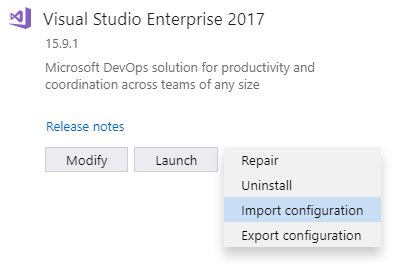 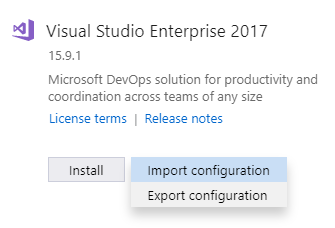 Also, when using the XAML Designer for building UWP applications targeting the Windows 10 Fall Creators Update (Build 16299) or later, developers can now specify control display options. You can choose to have the designer display all controls, including custom user controls, or have the designer-only display platform controls. Only displaying platform controls may improve the stability of the designer and will render fallback controls represented by a yellow border. 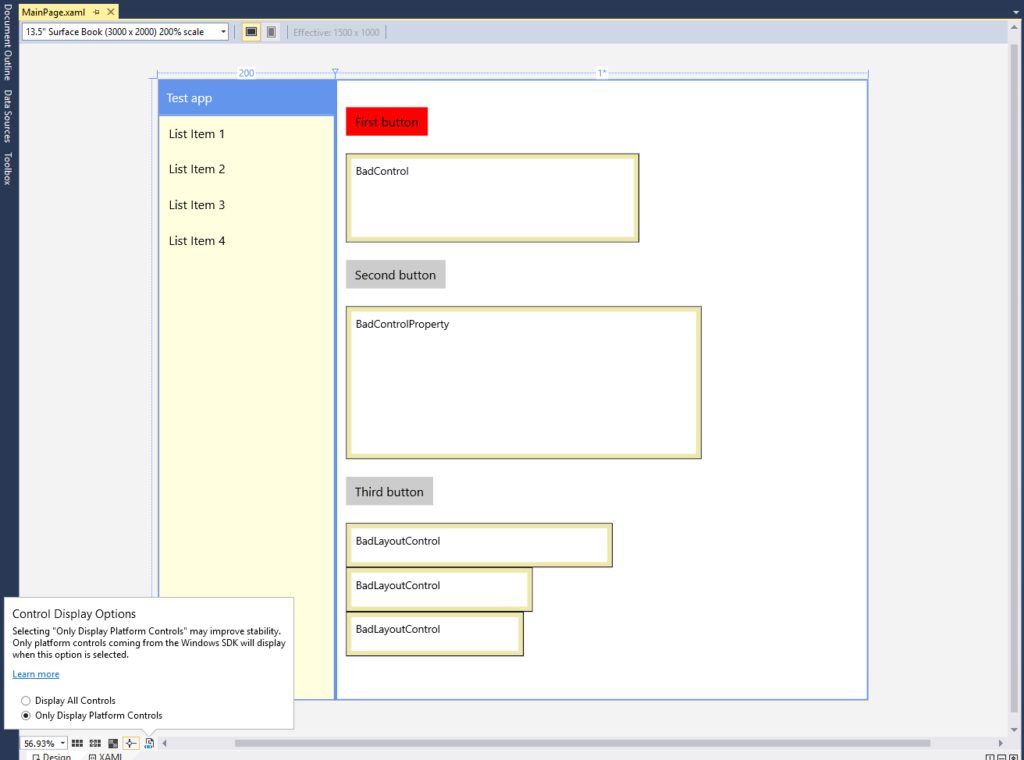 Please note that SharePoint 2019 support is only available in Visual Studio 2017 version 15.9. To upgrade your tooling, we recommend that you install the Office workload when upgrading to the latest version of Visual Studio.

As always, we  love to hear about your experiences with Visual Studio. Please install Visual Studio 2017 version 15.9 and let us know any issues you have via the Report a Problem tool in Visual Studio. You can also track your issues in Visual Studio Developer Community, as well as suggest a feature, ask questions, and find answers. Please engage with us and other Visual Studio developers through our Gitter community (requires GitHub account) or get free installation help through Live Chat Support.

The Latest in Visual Studio 2017 for Mac – Version 7.7
Today, we are happy to share with you the next update to Visual Studio for Mac 2017. Version 7.7 incorporates much of your great feedback and is aimed at improving the ...

Visual Studio Blog
November 29, 2018
0 comment
Qubits in Q#
How should qubits be represented in a quantum programming language? In the quantum circuit model, a quantum computation is represented as a sequence of operations, ...