Update all Visual Studio installations with a single click! 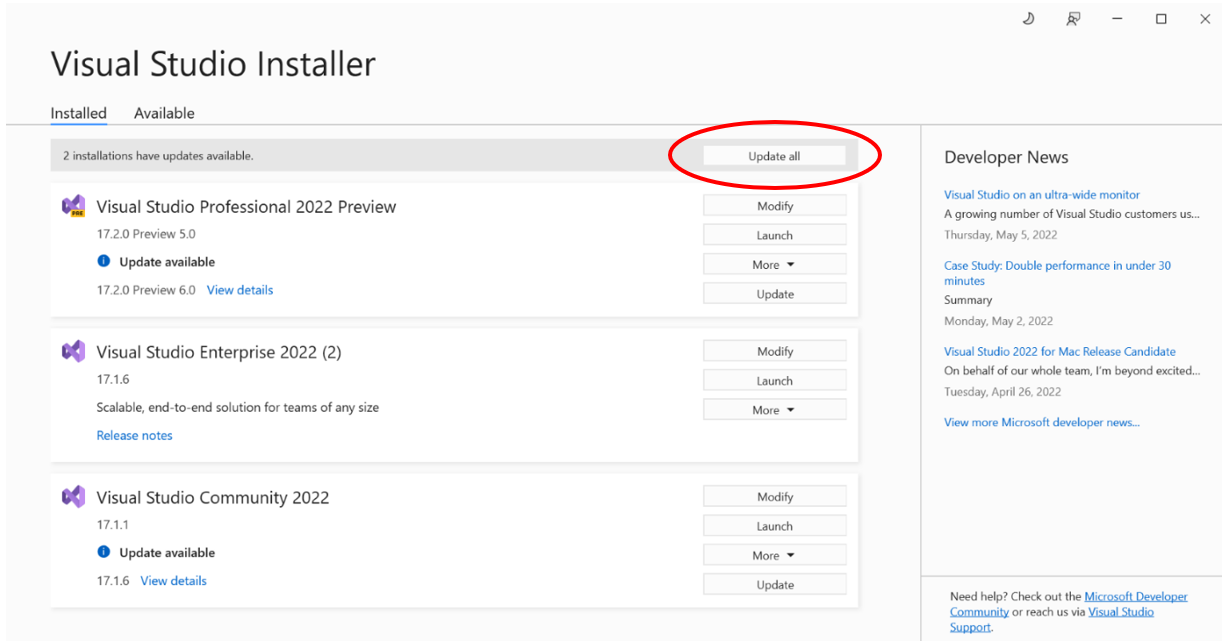 The feature can be found in the Visual Studio Installer, just above the list of installed Visual Studio instances. It’ll only be visible if more than one instance of Visual Studio is available – so don’t worry if you don’t see it!

Once you’ve started an Update all, you will have the option to cancel the ongoing operation by pressing the “Pause” button. If any warnings are encountered during the update of one instance of Visual Studio the installer will continue to the next instance. However, if an error is encountered the update all process will stop and can’t be resumed until the error is fixed.

This command is also available programmatically for those who like to manage updates through scripts or command line.

To learn more about updating and installing Visual Studio from the command line take a look at: Use command-line parameters to install Visual Studio | Microsoft Docs

Let us know your thoughts!

We would love to get your feedback on the “Update all” feature so please give it a try and let us know what you think. You can share any feedback via Developer Community to help us make Visual Studio better for you!

Tim Heuer
May 10, 2022
134 comments
Just-in-time refactoring made even easier with IntelliCode auto suggested code for C#
Have you ever wondered if there was a tool to help you with routine code tasks like writing common constructors or inserting similar code to a few different spots? Maybe ...