Today we’re inviting you to try out Visual Studio 2022 for Mac as we share our first private preview release. This is the first release of our .NET IDE with a refreshed, fully native macOS UI. We’d love for you to download it, try it out, and share your feedback to help us shape the next major release of Visual Studio for Mac.

The Visual Studio 2022 for Mac preview can be installed side-by-side with earlier versions of Visual Studio for Mac and is free to use.

Our goal with Visual Studio 2022 for Mac is to make a modern .NET IDE tailored for the Mac that delivers the productive experience you’ve come to love in Visual Studio. This release focuses on:

With this private preview, we’d like to share our new native macOS UI and hear from you about what we got right and where we need to keep iterating. Visual Studio 2022’s fully native UI is the result of an engineering effort that included substantial changes to the UI layer with a focus on some key technical internals. With these major investments, we are setting the stage to deliver improved stability and performance in the final release. This update affects every part of Visual Studio for Mac, so the scope is much bigger than our usual previews.

A fast and fluid experience, for everyone

We’re moving Visual Studio for Mac to native macOS UI, which will fix over 100 previously reported issues related to performance, reliability, and product quality. An added benefit of using native macOS UI is that the IDE works more smoothly with macOS’s built in assistive technologies. Some of the biggest improvements for accessibility include support for new High Contrast themes and a more intuitive experience with VoiceOver. In this initial preview release, we’re giving you a glimpse at the IDE and have focused on the main features .NET developers use to build applications for the web. The video below gives you a quick feel for some of the improvements made to improve the speed and fluidity of the UI.

A modern .NET IDE hand-tailored for the Mac

We’ve introduced a new look and feel in Visual Studio for Mac that combines the modern macOS UI with the productive experience you’ve come to know and love in Visual Studio. Some of the most visible changes include a footer status bar, new tab model for documents/tool window, and refreshed light & dark themes. 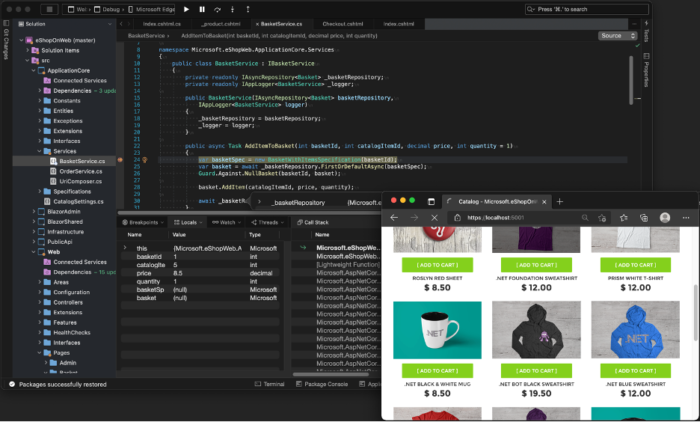 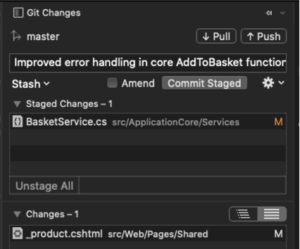 Looking ahead to the first public preview

Our team has high standards for the quality of this release and is working on a list of known issues we want to fix before sharing out a larger public preview. These future previews will also include changes such as a new preferences UI, tool window drag and drop, and a Git branch selector in the status bar. Check out our recently updated roadmap to learn more.

We’ve been working hard to address issues developers encounter when using Visual Studio for Mac on a daily basis, with a particular focus on reducing crashes and hangs. Your bug reports are very important to us as we continue to improve the product – please keep those suggestions and problem reports coming! You can use the Help > Report a Problem or Help > Provide a Suggestion menus to share feedback, or go to the Visual Studio for Mac Developer Community site to vote for those that impact you the most.

Take the first steps to becoming part of the future of Visual Studio 2022 for Mac by signing up below. Once you’ve signed up, installed, and had a chance to try out the private preview, we’d love your thoughts on what we did well and how we can continue to improve.

Dmitry Lyalin
July 29, 2021
15 comments
Load Only the Projects You Need with Solution Filters
You, like many other developers, may work in very large codebases that contain hundreds or thousands of projects in a single Visual Studio solution. However, you may only...