Check it out, the team just released a new version of the Visual Basic Power Packs which now includes a Data Repeater control. Power Packs are free Add-Ins, Controls, Components, and Tools for you to use that make developing .NET applications even easier.

From the Power Packs Team:

Today we are announcing the release of the third version of the Microsoft Visual Basic Power Packs!

This version includes a new Data Repeater control that enables you to use standard Windows Forms controls to display rows of your data in a scrollable container, giving you more flexibility and customization than standard grid controls. 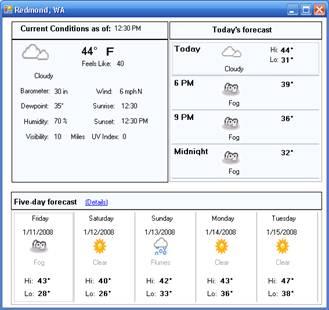 You can download the new Visual Basic Power Packs here.

You can also check out the Channel 9 screen-cast that I recorded with John Hart from the QA team which demonstrates how to use this new control.