Use PowerShell to Work with Analysis Service Database Backups 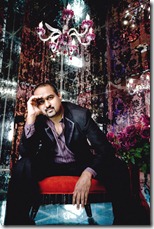 He plays an active role in forums as an SQL expert and moderator. He teaches database administration at the University of West Florida and SQL Server part-time in New Jersey. He has published online articles in SQL-Server-Performance.com and SQLServercentral.com, and he is a contributing columnist in DatabaseJournal.com.

Take it away MAK…

SQL Server 2008 and SQL Server 2005 allow us to install multiple instances on the same host. SQL Server Analysis Service can be installed as a default instance or a named instance. So first, we should take both into consideration when we save the information to a variable or use it in the Windows PowerShell script parameter, as shown here.

The resulting output is shown in the following image. 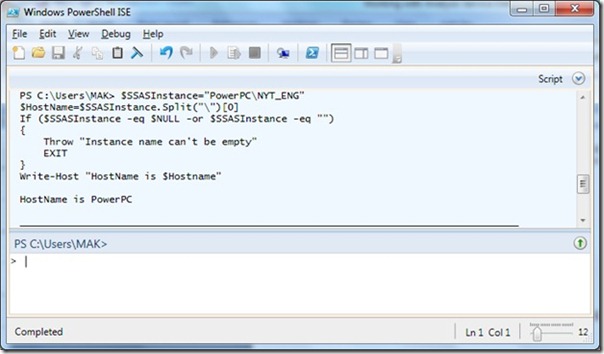 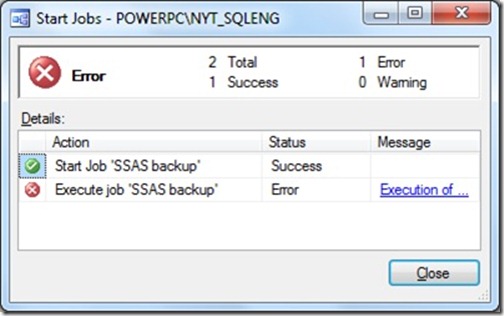 The next step is to find the host where the SQL Server Analysis Service is up and running. The easiest way to check if a server is up and running is by pinging the host name. To ping a host, I use the WMI class Win32_PingStatus as follows:

Write-Host “Step1: $Hostname not up or cannot be reached or not pingable. ”

If you want to explore more information related to $Server (such as methods and properties), you can use the Get-Member cmdlet, as shown here.

The next step is to find if the database that we are trying to back up really exists in the database collection on the server. This is shown in the following code.

Throw “No Such Database name in the collection”

Now it is time to find the backup location from the SQL Server Analysis Service system configuration. The following code gets that information from the server properties and stores it in the variable $BackupDir.

Throw “No Such Backup Directory”

If all the previous steps ran successfully without any errors, it means that:

The backup will be stored in the following location:

Thank you, The MAK, for sharing your knowledge and your time.

That is all there is to backing up an Analysis Service database by using Windows PowerShell. SQL Week will continue tomorrow when I will talk about querying the SQL error log.