Microsoft Scripting Guy, Ed Wilson, is here. This morning, it is cool and crisp outside. I decided to make a pot of English breakfast, but I also put a spoonful of Darjeeling tea in it. Together with some lemon pith, a cinnamon stick, and a half spoon of Lavender, I have a very refreshing cup of tea to accompany me to the lanai.

Note  Last week I wrote a three-part series that talked about Windows PowerShell objects, which have information related to today’s post:

One of the really cool things about Windows PowerShell is how easy it makes it to collect lots of useful information. For instance, when I begin to troubleshoot a computer, I look at the system and application event logs. Generally, in that order. I also look at processes and services. For this initial look, however, I do not want to look at all the events, I usually only look at the first few events. Also, for the initial look, I only look at running services. Later, I look for automatic starting services that are not running, but I do not do that initially.

I decided to put these four commands into a simple script, and to return a custom object with the collection of information. This makes it easy to get all the information, but it does not clutter stuff when I am going through the output. It is actually a pretty cool technique. Here is the script:

Now for the shocker

So I have this really cool script, but the output from the script is probably not what one might expect. In fact, when I talk to newbies about Windows PowerShell, generally one of the first things that comes up when dealing with objects is what to do when a property of an object contains other objects. This is, in fact the beauty of this technique. My custom object is simply a repository that holds the objects that returned from the earlier commands. So it is an object that is itself a collection of other objects. When I run the script, the output is less than impressive: 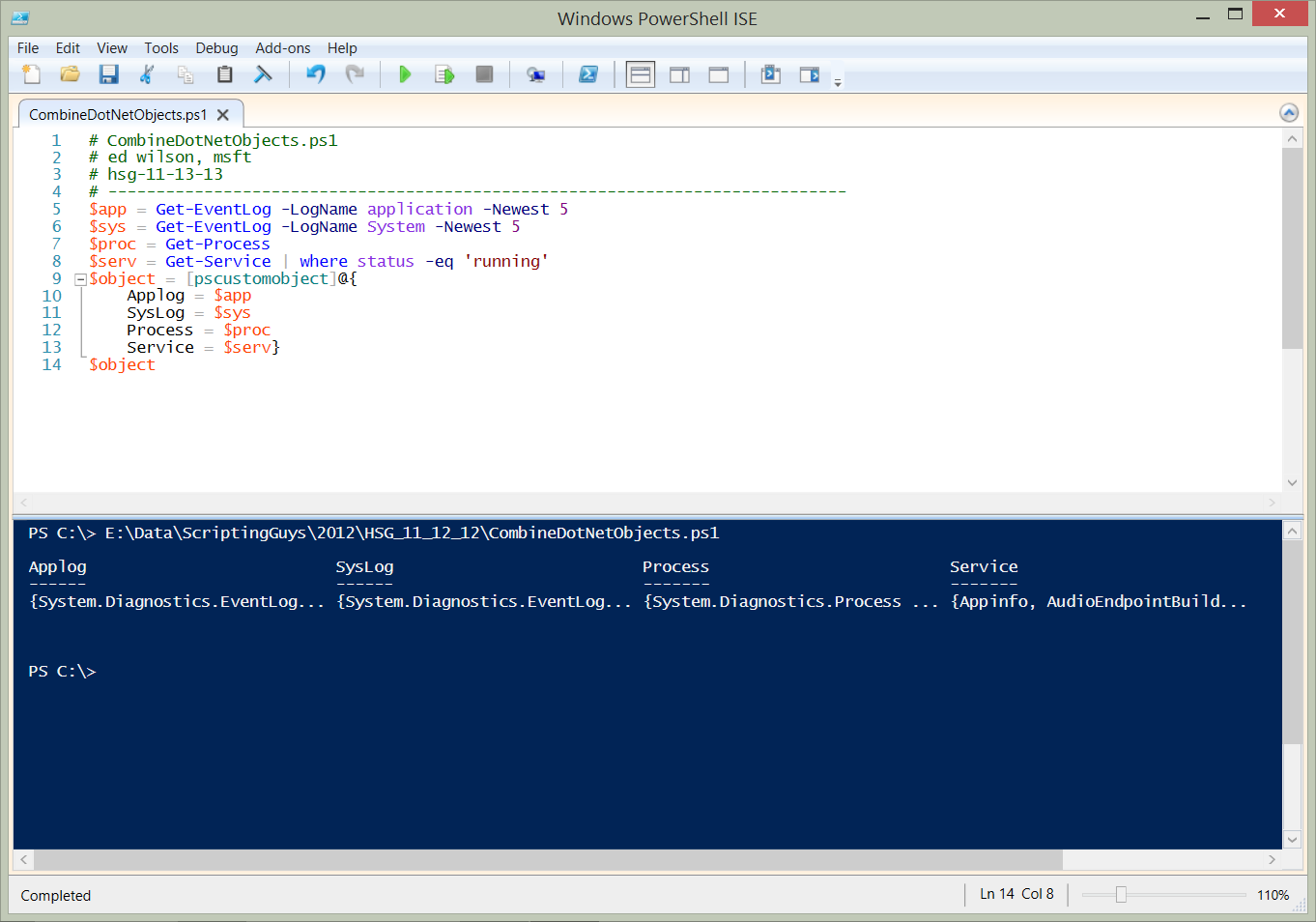 Less than impressive? In fact, the output is downright useless. But remember, that each property contains other objects. So I can use the $object object to access the objects stored in each property. For instance, here are the five application logs:

Here are the five system logs:

When I access the Process property from the object, the output is exactly the same as would have been produced by the Get-Process cmdlet. Here is the command and the output: I get the same sort of output from the Service property, as shown here: 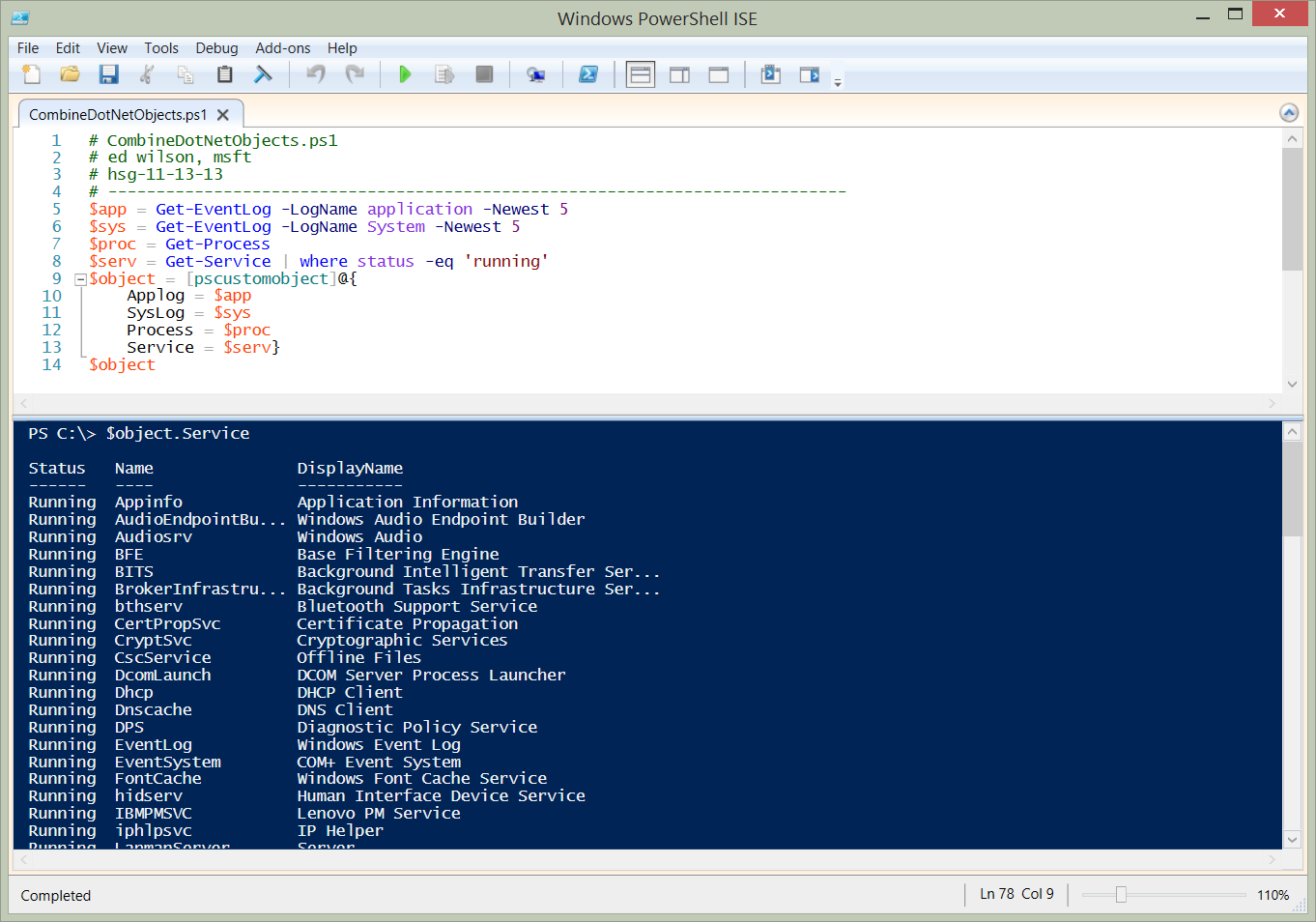 Now, I could add a bit of additional script, and unravel all of the objects to the Windows PowerShell console when the script runs. But at that point, it is the same as running the four commands and not storing them in variables, but storing them in a custom object.

The big advantage comes from the fact that all the commands run at essentially the same time, so my object becomes a snapshot in time. I then have the opportunity to peruse the data in the stored objects and compare results from one to the other. This technique promotes interactive analysis and discovery.