Use PowerShell to Remove Optional Features from Windows VHD

Microsoft Scripting Guy, Ed Wilson, is here. This morning started off early. IIS MVP, Teri Donahue, stopped by to pick up Teresa’s Surface Pro 2. Teri and Teresa are meeting at an MVP conference in Philly. I had to get a new SIM card for the Surface because the dial-up adapter quit working, and Teri is taking it to Teresa, who is pretty much going through withdraw without her device.

Not that she is completely deviceless, she had my Surface Pro 2 and her original Surface RT with her, not to mention her Windows Phone, but still she was jonesing without her favorite device. Thanks Teri! Anyway, I took the early morning wake up to head to the gym to get my workout over so I could get back to work answering email sent to scripter@microsoft.com.

It is actually pretty easy to use Windows PowerShell to remove unneeded features from your VHDs. (This technique also works for WIM images.)

One of the cool things about using the DISM cmdlets is that it permits me to work with optional features in a supportable and reliable method. In the old days, I had to worry about dependencies and hope that I did not break things when I used tools that were designed to shrink Windows images, but that is no longer the case.

The first thing I do is mount an image that I want to work with to a folder. Here is the code I use:

After I have my virtual machine mounted to a folder, I use the Get-WindowsOptionalFeature to look at the optional features:

The following image shows the output from this command: 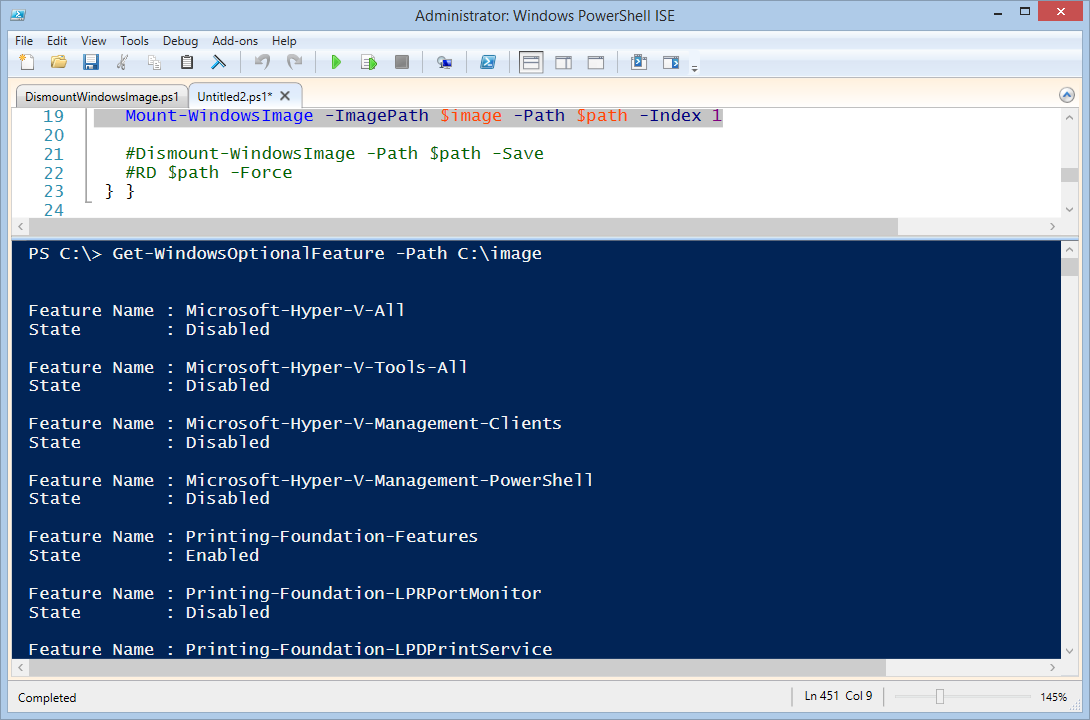 To remove an optional Windows feature, I pipe the results of the Get-WindowsOptionalFeature cmdlet to the Disable-WindowsOptionalFeature cmdlet. I also use the –Remove switch to actually remove the feature and not simply disable the feature. This command is shown here (this is a single-line command that wraps at the pipe character for readability):

Now, I put everything together into a script:

When I run the script, the following output appears: 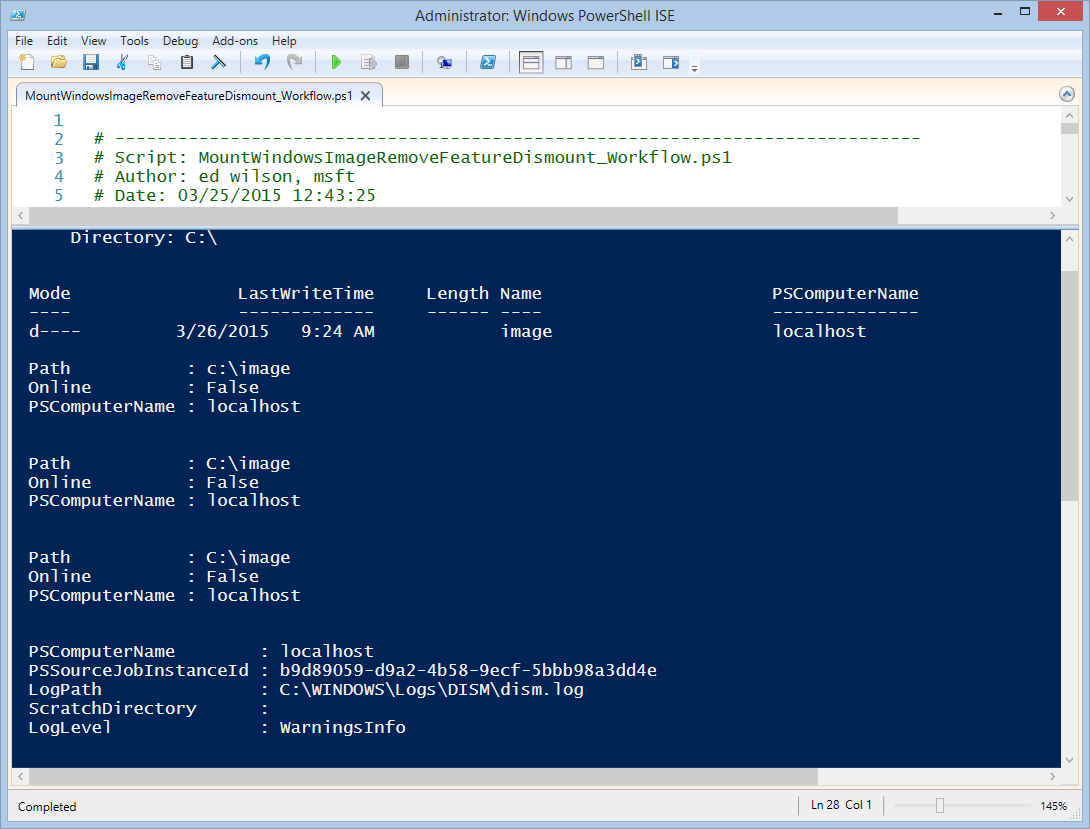 CG, that is all there is to using Windows PowerShell to remove optional features from virtual machines. Join me tomorrow when I will have a guest blog post by Windows PowerShell MVP, Teresa Wilson. She will talk about plans for the Scripting Guys Ignite booth.