Use PowerShell to Create New Registry Keys on Remote Systems

Summary: Learn how to use Windows PowerShell to create new registry keys on remote systems by using remoting.

Microsoft Scripting Guy, Ed Wilson, is here. I just finished a team meeting where we were talking about documentation for the Windows Server “8” Beta release—really exciting stuff. I can tell you that Microsoft is the most exciting company for which I have ever worked. It is everything I hoped for when I joined nearly 11 years ago—and even more. I am dying to start writing about Windows PowerShell 3.0 and Windows Server “8” Beta, but I imagine that most IT Pros have not yet deployed it to their systems, so I will forgo that until the product actually ships.

I am sipping a cup of Darjeeling tea with some lemon grass and a cinnamon stick, accompanied by a slice of 90 percent cacao chocolate. It is the perfect afternoon snack. This week is turning out to be a lot of fun. Tonight, the Scripting Wife and I are having dinner with one of the members of the Charlotte Windows PowerShell Users Group. We will be talking about upcoming user group presentations. It is always a lot of fun to get together with fellow Windows PowerShell geeks because the conversations are usually $cool.

Note   This is the third blog in a series of Hey, Scripting Guy! Blogs that discuss using the Registry provider. The first blog, Use the Registry Provider to Simply Registry Access, posted on Monday. Tuesday I discussed using the *restore* cmdlets to perform a system state backup of a computer prior to manipulating the registry. On Wednesday I talked about creating new registry keys and assigning default values. For additional information about working with the registry via Windows PowerShell, see this collection of blogs.

Entering a remote session to create a new registry key

If you only have a single computer upon which you need to create one or more new registry keys, it is probably easiest to enter a remote Windows PowerShell session. Doing this provides you with the equivalent experience of opening the Windows PowerShell console and working in an interactive fashion. There are several steps involved, but they are not too difficult.

The use of these commands and the associated output are shown in the image that follows. 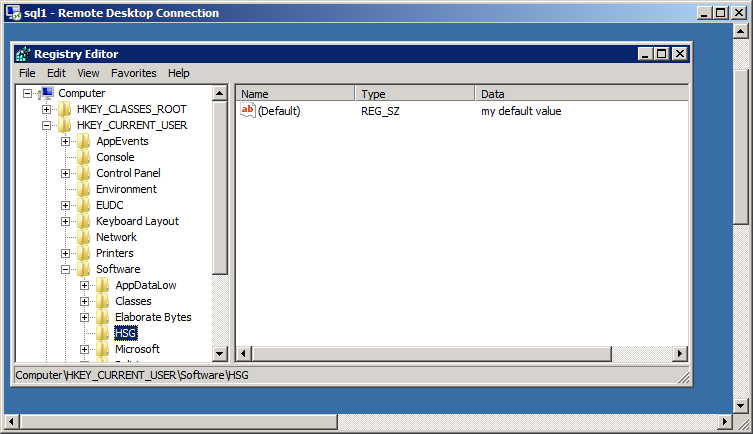 Entering a remote Windows PowerShell session to create a registry key on multiple computers is a tedious and time-consuming process. To perform a command on multiple machines, it is better to use the Invoke-Command cmdlet.

The following commands create a new registry key on the HKCU drive on three different servers.

The commands and the output associated with running the commands are shown in the image that follows.

The returning output from the Invoke-Command cmdlet displays the computer name and illustrates the newly created registry key. However, if you wish further confirmation that the registry keys created properly, it is easy to change the New-Item command to Test-Path. Because the server names reside in a variable, in addition to the credentials, using Test-Path inside the script block of the Invoke-Command cmdlet is trivial. Here is the revised command.

The newly created registry key property is shown in the image that follows. 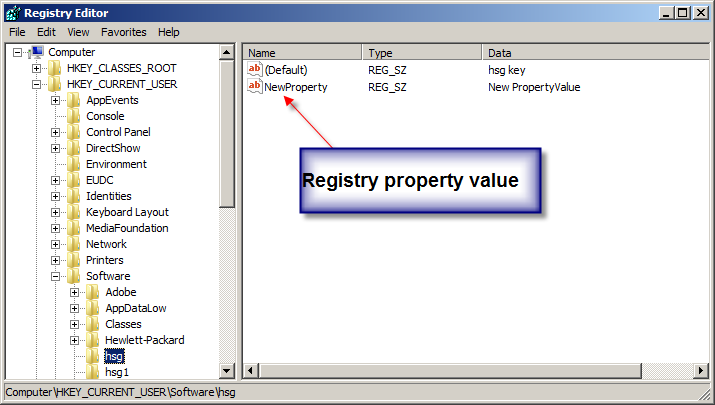 YH, that is all there is to using Windows PowerShell to create registry keys on remote systems. Registry Week will continue tomorrow when I will talk about enumerating registry key properties.

Use PowerShell to Enumerate Registry Property Values
Summary: Microsoft Scripting Guy, Ed Wilson, shows how to use Windows PowerShell to enumerate all the properties and their values under a registry key.  Hey, ...