Use PowerShell to Automatically Create a CSV File

Summary: Learn how to use Windows PowerShell to automatically create a CSV file.

Microsoft Scripting Guy Ed Wilson here. I am about finished playing around with CSV files for the time being. I do not always use the ConvertTo-CSV or the Export-CSV cmdlet. There are times that I write code and create my own CSV file from scratch. An example of this is the CreateCSVFile.ps1 script that follows:

This script creates a CSV file that I can use to create a nested folder hierarchy. It is useful when testing certain applications, or for testing a Windows PowerShell script. I create five folders, and inside each folder I create 11 files. The folders are off the root and are named Folder1, Folder2, Folder3, Folder4, and Folder5. The files are named file0, file1, and so on through file10.

The newly created CSV file is shown in the following figure. 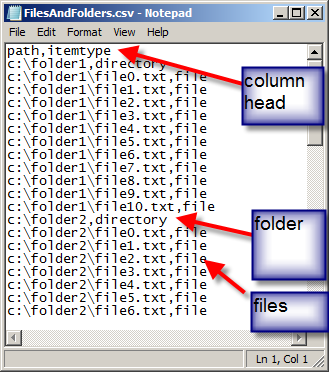 I use the Import-CSV cmdlet to import the CSV file, and I pipe it to the New-Item cmdlet as shown here: 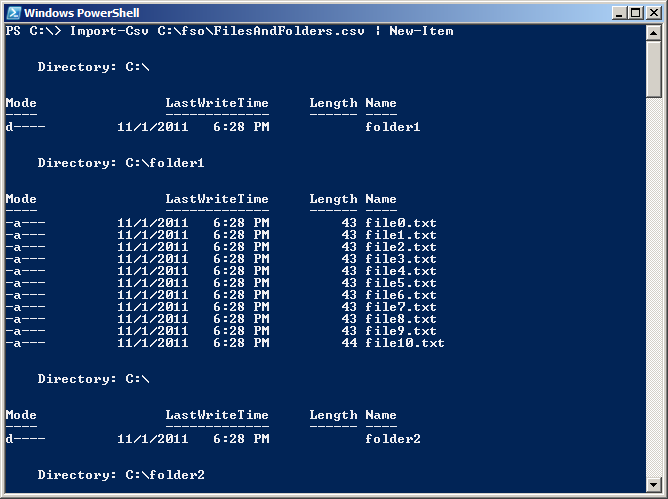 One of the folders and associated files is shown in the following figure. 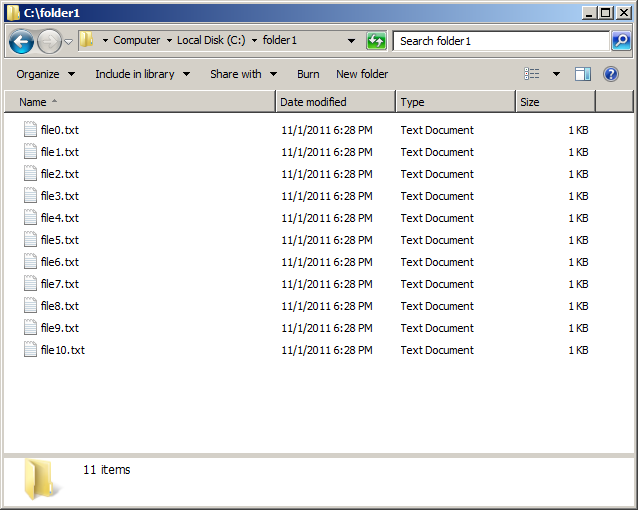 As you can see, there are times when it is easier to use a little bit of code to create the CSV file. This makes it a lot easier when it comes time to import the file and to pipeline it to another cmdlet.

This is all for today. I hope you have a great day. See you next week.

Doctor Scripto November 7, 2011
0 comment
Use PowerShell to Pause a Script While Another Process Exits
Summary: Learn how to use Windows PowerShell to pause a script and wait for another process to exit before continuing. Hey, Scripting Guy! I am attempting to use ...