Is this a big deal? You betcha…as they may say in some places.

Before Windows PowerShell 5.0, if I wanted to create an enumeration, I basically wrote inline C# code. Here is an example that creates a simple enumeration that assigns numeric values to three different types of fruit:

This is pretty cool code, and the fact that I could create a custom enum in a scripting language was pretty wild. I wrote this code in 2010, and it has worked ever since. In fact, nothing has improved in this regards in the past five years–—until Windows PowerShell 5.0 came out in Windows 10.

Use the enum keyword

So, whereas I used to have to create a giant string, with embedded C# code, and then use the Add-Type command to add in C# code, now I have an enum keyword. This makes the code much cleaner, and very easy to use.

I use the enum keyword and assign a name for the enum. I then open and close a script block. This appears here:

Now I simply assign numeric values for each property:

When I run my script, it creates the enum. I can then access each property as a static property. This is shown here:

The cool thing is that IntelliSense pops up and shows the permissible members: 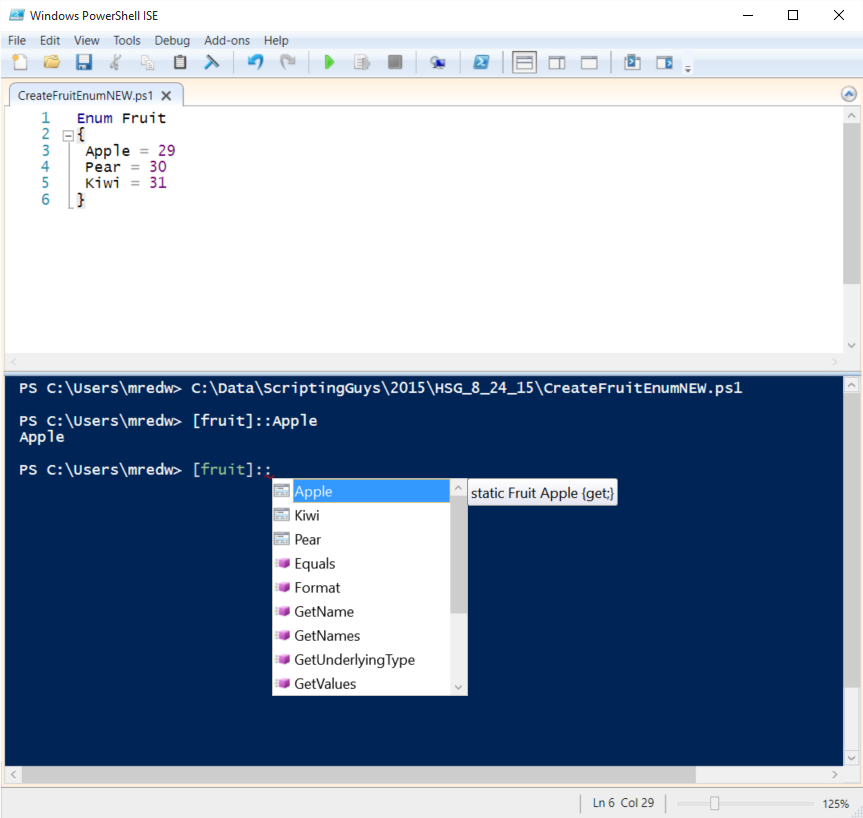 That is all there is to using enumerations in Windows PowerShell 5.0.  Join me tomorrow when I will talk about more cool stuff.