Hey, Scripting Guy! I can see where being able to run a command on a remote computer might be kind of cool. But more often than not, I need to actually sit at the console of the remote computer. For this, I have been using remote desktop protocol (RDP) to display the remote desktop. I then open Windows PowerShell and do my work. It is okay, but a bit slow. I am wondering if there is a better way to do things?

Microsoft Scripting Guy Ed Wilson here. Well things are certainly getting exciting. It is now official—there is a Windows PowerShell Users group in Pittsburgh, Pennsylvania, in the United States. The first meeting is on December 13, 2011, from 6:00 P.M. until 8:00 P.M., and the Scripting Wife and I have been invited to the first meeting. Mark your calendars! If you are within driving range (or even a short flight), you do not want to miss this exciting presentation. The meeting will be held at the Microsoft office in downtown Pittsburgh. I will be speaking about Windows PowerShell best practices (and the Scripting Wife will be there signing autographs, and being nice and fun to talk to). Make sure you go to the PowerShell Community Groups and join the Pittsburgh PowerShell Users Group, and register for the meeting. This will allow the president of the group, Ken McFerron, to know how much food to order for the meeting.

CH, the first thing I do when working with remoting is use the Get-Credential cmdlet to store a credential object in a variable. This allows for a great deal of flexibility, and permits me to try various commands without the need to constantly type the user name and password. The command here prompts for the password for the administrator account of the Contoso domain:

In the following figure, I store credentials in a variable, enter a remote Windows PowerShell session, and use the hostname.exe command to determine the name of the computer to which I am connected. 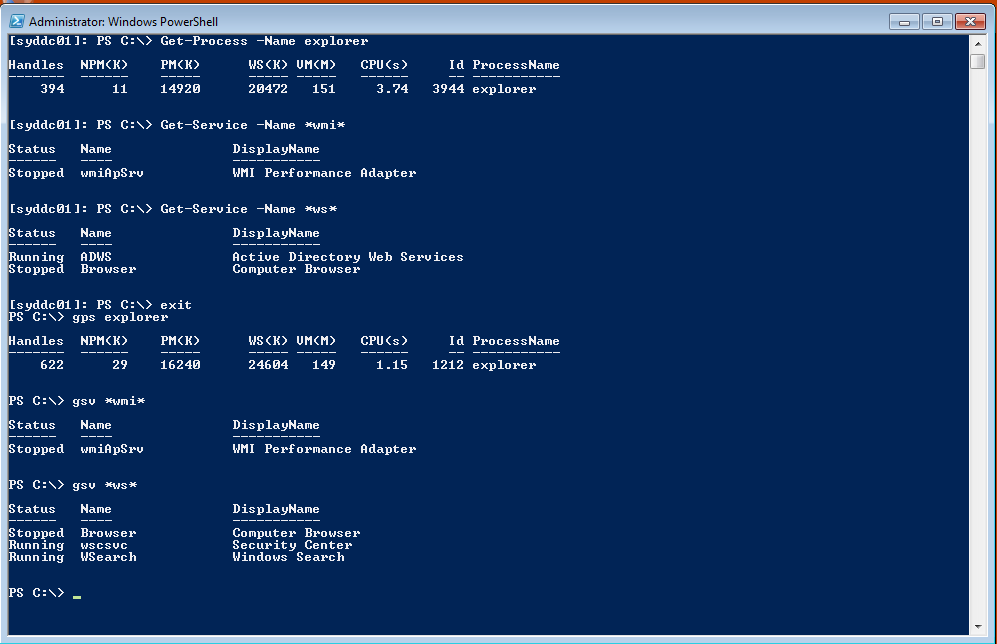 I can even enter a remote Windows PowerShell session on another computer, and still use the same history of commands. This makes it really convenient to run the same commands on multiple computers.

To see if there are any Windows PowerShell sessions running, I use the Get-PSSession cmdlet. This is the syntax:

One of the things I like to do is to store a session. This allows me to enter and leave the remote Windows PowerShell session without worrying about overhead. To do this I use the Get-Credential cmdlet to obtain a credential object to use with the remote computer for creating a remote Windows PowerShell session. I then store the credential object in a variable. Syntax for this command is shown here:

Next, I use the New-PSSession cmdlet to create a new session to a remote machine. I specify a name for the session, and the computername of the remote computer. For credentials, I use the credentials I stored in the $cred variable. I store the returned PSSession object in a variable:

I can now work in the Windows PowerShell remote console as if I were working on my local computer. I can use the Get-Service cmdlet to return information about the bits service. I can also use wildcard characters with Get-Service to display information about every service that matches a wildcard pattern. I can then exit the Windows PowerShell session by using the exit command. Next, I can use the same commands on my local computer, and then return to the remote session by again using the Enter-PSSession cmdlet. I can again exit the session, and run commands locally. These commands are shown here: 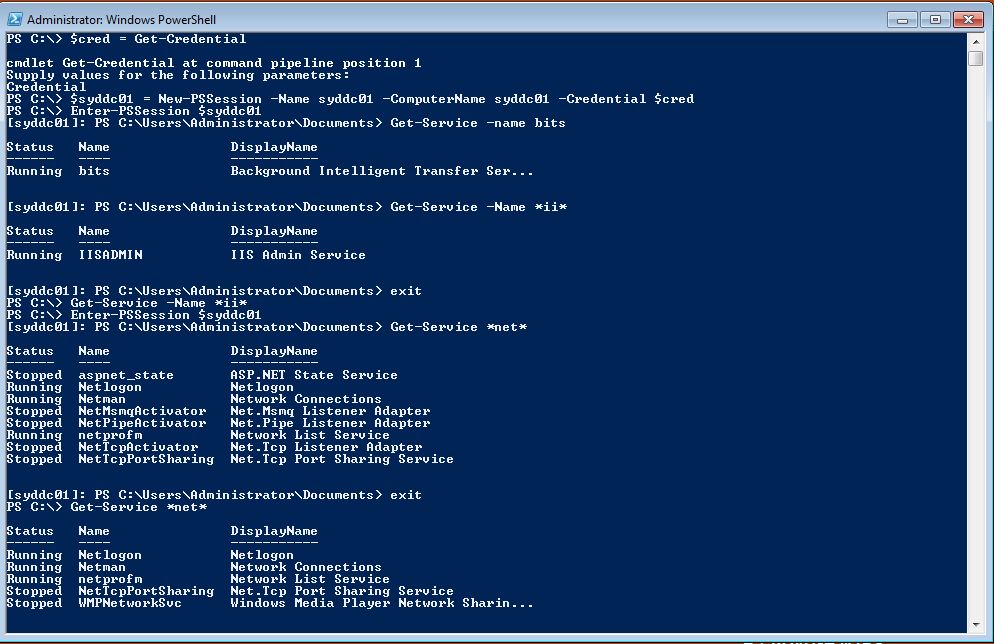 After I am finished with my remote work, I remove the PSSession; removing unused PSSessions frees up resources. The easy way to remove a PSSession is to pipe the results of Get-Session to Remove-PSSession. This command is shown here:

Use the PowerShell Passthru Parameter and Get Back Objects
Summary: Learn how to use the passthru parameter in Windows PowerShell to return objects from commands and allow more management tools.   Hey, Scripting Guy! I have ...

Doctor Scripto November 18, 2011
0 comment
Query AD for Computers and Use Ping to Determine Status
Summary: Learn how to use Windows PowerShell to query Active Directory for computers, ping for status, and display in green/red.   Microsoft Scripting Guy Ed Wilson ...