Change Drive Letters and Labels via a Simple PowerShell Command

Hey, Scripting Guy! First of all, I want to thank you for being cool and for all the neat things you do with the Windows PowerShell community. Second of all, I was reading your blog last week where you were talking about writable properties in WMI. You said it would allow you to do things. What kind of things did you have in mind? By the way, when can I sign up for the 2011 Scripting Games?

Hello EB, Microsoft Scripting Guy, Ed Wilson, here. Thank you for your kind words; I absolutely love working with the community. It lets me combine two of my favorite things—talking and Windows PowerShell. Therefore, I am happiest when I am talking about Windows PowerShell.

When I tweeted this, Microsoft MVP Tobias Weltner (@TobiasPSP) tweeted an easier way to obtain the previous information. Here is his code.

The methods and properties for the class are shown in the following image. 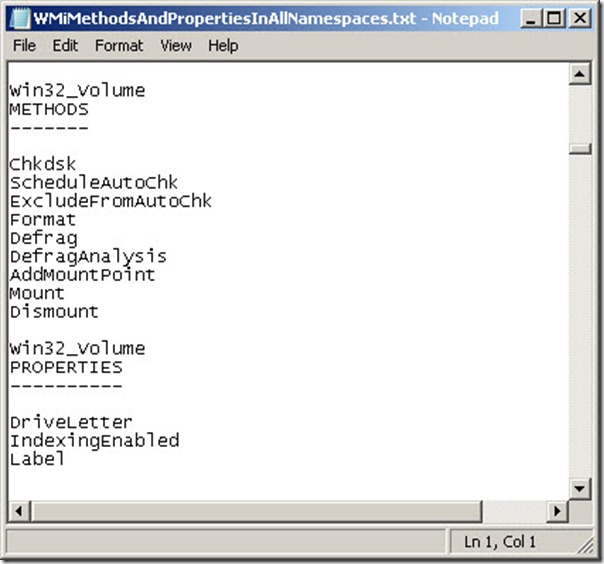 There are several ways to use these properties. The way I have always used these types of properties in the past, is the way I did it in Windows PowerShell 1.0. That is, grab an instance of the object, store it in a variable, assign a new value to the property, and call the put method. The code to write a new label for drive E is shown here.

When I attempt to do this, an error message appears. The error, which is shown in the following image, is misleading.

The reason for this error is that the Windows PowerShell prompt is not running with Administrator rights. Unfortunately, the error that bubbles back up from WMI does not tell us that the problem is related to rights. I want to change the label that is associated with drive E. The original label says New Volume as shown in the following image. However, by using the Set-WmiInstance Windows PowerShell cmdlet, I can update multiple properties at the same time by using a hash table. The easiest way to use Set-WmiInstance is to first use the Get-WmiObject cmdlet to retrieve an input object that represents the object you wish to modify. In this case, the object is drive E, and it is an instance of the Win32_Volume WMI class.

After I have the WMI object that represents the drive stored in the $drive variable, I call the Set-WmiInstance Windows PowerShell cmdlet and pass the $drive variable to the input parameter. The hash table consists of the properties that I want to modify and the new values for those properties. The code is shown here. One thing that is pretty cool is that when the drive letter has changed, my Windows 7 machine thinks a new drive has attached. Therefore, the AutoPlay dialog box appears, as shown in the following image. EB, that is all there is to writing to WMI properties. Join me tomorrow when I will talk about calling WMI methods.