Microsoft Scripting Guy, Ed Wilson, is here. When the Scripting Wife and I were in Amsterdam, Windows PowerShell MVP, Jeff Wouters, told me that a lot of people he ran across had problems looping through collections with Windows PowerShell.  Here is a picture of Jeff and me. 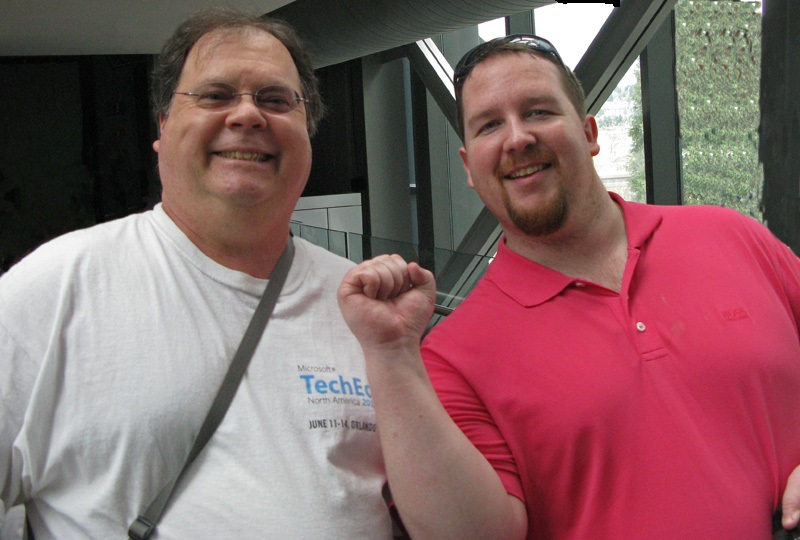 Most people coming to Windows PowerShell for the first time understand about variables. For example, if I store a value in a variable, and if I want to get at that value, it is no problem. I address the variable as shown here:

One thing that makes Windows PowerShell easy to use, is that it automatically unravels arrays. An array is when I add more than one thing to a variable. For example, earlier I assigned three values to three variables. Now, I want to add those three variables to a single variable. So I will use $d to hold an array comprised of $a, $b, and $c. In Windows PowerShell, it is easy to see the values. I just call the variable as shown here:

I can also access the values of the variables by position in the array. The first position is [0], and the last position in our array is [2]. So I can access specific elements from the array by using the position numbers. This is shown here:

Walking through the array

Suppose I want to add the number five to each of the three values I have in $a, $b, and $c. If I work with them individually, it is easy. I just do the following:

The problem comes with the values I have in my array that is in the $d variable. In Windows PowerShell, if I add 5 to my $d variable, I end up actually adding the value as another element in the array. This is shown here:

The placeholder variable I use represents the current item from the collection that I will be working with. The variable only gets a value inside the script block, and it will always be a different item each time I loop through the collection. The Foreach command is shown here:

What I want to do to the placeholder variable

In my example, the Foreach command is shown here: 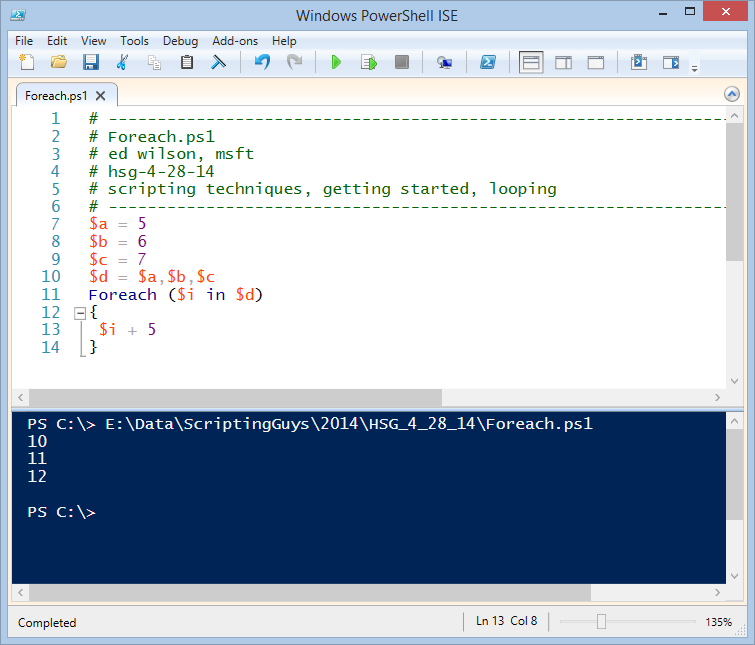 That is all there is to using Foreach to loop through a collection. Looping Week will continue tomorrow when I will talk about using Foreach-Object in the pipeline.