Here is the web.config file for the local web application running on IIS that caused the “location tag” issue for the migration tool:

Fortunately, it is relatively straightforward to move this type of content into an Azure App Service. The source code for the this simple static web site and custom HTTP module is available in this GitHub repository.

The sample repository code is a very basic static web application. It primarily consists of a single main page, index.html and a CSS file site.css. The HTML for the main page is simply:

Another element in the repository is a custom HTTP module named DemoHttpModule. The key parts of the implementation for this module is:

The sample custom HTTP module prepends and appends HTML to every static web page request. The compiled assembly for DemoHttpModule is output into the \bin folder of the root directory for proper placement when the web application is deployed to the Azure App Service.

The final piece required is an XDT transformation to dynamically generate the configuration bindings for the DemoHttpModule in the Azure App Service. The XDT transformation is located in the applicationHost.xdt source file and has the following contents:

With the source code in place, we are ready to create build and release pipeline definitions to package and deploy the web application automatically. For more information on Azure DevOps pipelines, refer to the article Getting started with Azure Pipelines.

Two tasks are used for the build pipeline: Archive Files and Publish Build Artifacts. The YAML fragment for the build job tasks is:

In the designer, the build definition appears visually as follows: 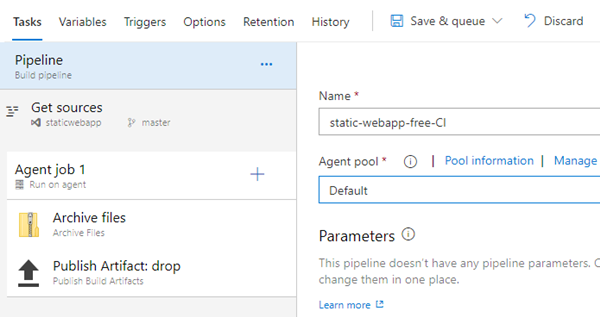 The release pipeline consumes the artifact published by the build pipeline and is configured to trigger whenever a new build artifact becomes available. It is represented visually as follows: In the designer, the release definition task appears visually as follows: 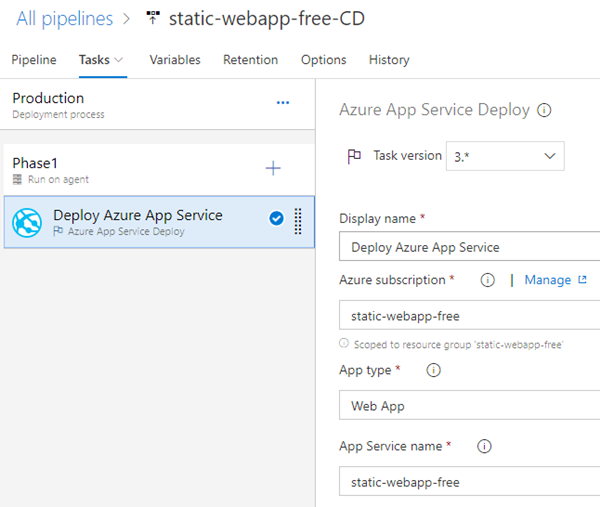 Once you have created your build (CI) and release (CD) pipelines, deploying the static web application with custom HTTP module is as easy as committing a change in the code repository.

After the build and release pipelines complete, loading the web application in a browser displays our test page:

Building a better DSC script
For those people that want to build a better DSC script, one that checks for most conditions and wants to keep their custom scripts from failing with no error handling, check out these recommendations.

Premier Developer May 10, 2019
0 comment
Microsoft Security Risk Detection – What’s New
MSRD is a self-service, AI-powered Dynamic Application Security Testing service that optimizes your web development cycle to identify and remediate bugs and security risks as they’re introduced into the codebase – not after they are already in production.