Microsoft Teams – What’s in it for Developers, Part 2

App Dev Manager Pete Fuenfhausen recaps the past 6-month of announcements in Microsoft Teams with regard to developer collaboration and integration with GitHub and Azure DevOps.

This past January, I posted in this space about Microsoft Teams and what’s in it for developers. Since then, a lot had happened with Teams in terms of adoption and features. With the fast-changing environment for collaboration systems like Teams and developers tools across the board, it’s time to update developers on the opportunities that Microsoft Teams continues to offer.

Back in January, I noted that Teams was used by 329,000 organizations. As of today (November, 2019), Teams has 20 million daily active users, up from 13 million just in July. Teams continues to sweep up more daily users thanks to the uptake of Office 365 users formerly using Skype for Business. The tremendous growth in the past 6 months is one developers should heed.

This past year, Microsoft announced the acquisition of GitHub. This action promises to bring even more positive impacts for developers. In May, even before the GitHub acquisition announcement, a first-class GitHub app for Teams was launched driving even more GitHub collaboration through Teams. 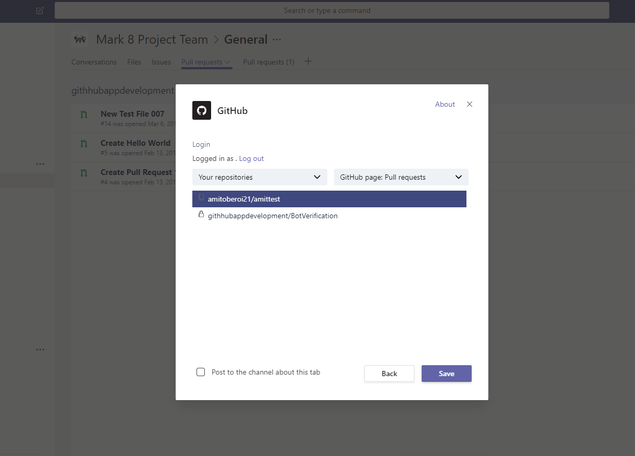 The GitHub Teams app lets you access your repos, issues, pull requests, and receive notifications from subscribed repos. The app also lets create, close, or reopen issues, all in the post stream of a Teams channel. 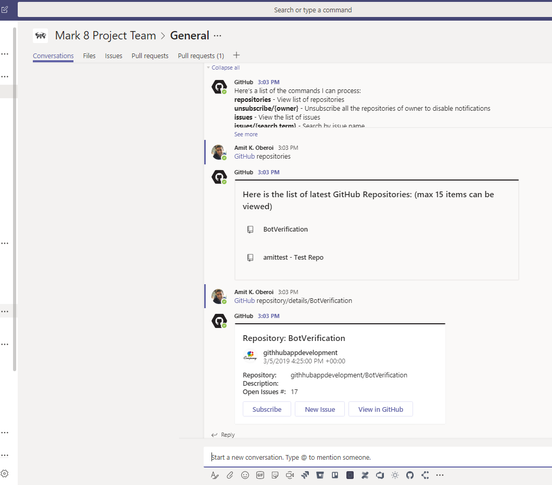 The Github Messaging Extension lets you have an in-context conversation about your issues or pull requests. 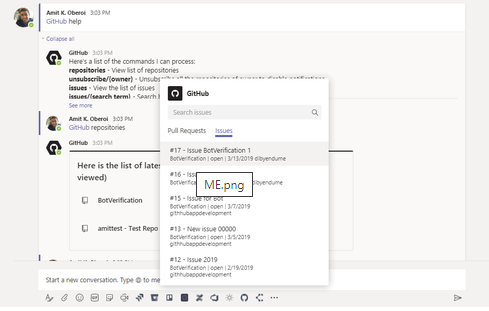 You can also use the personal scope of the GitHub app to track your personal work without having to leave Teams. 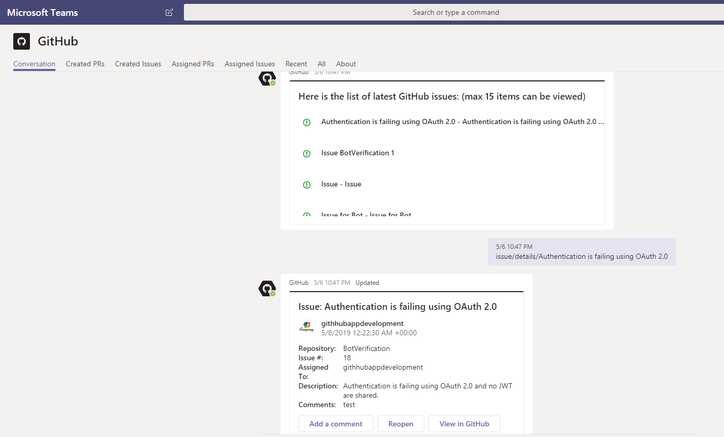 To get started, simply add the GitHub app from Teams App Store. 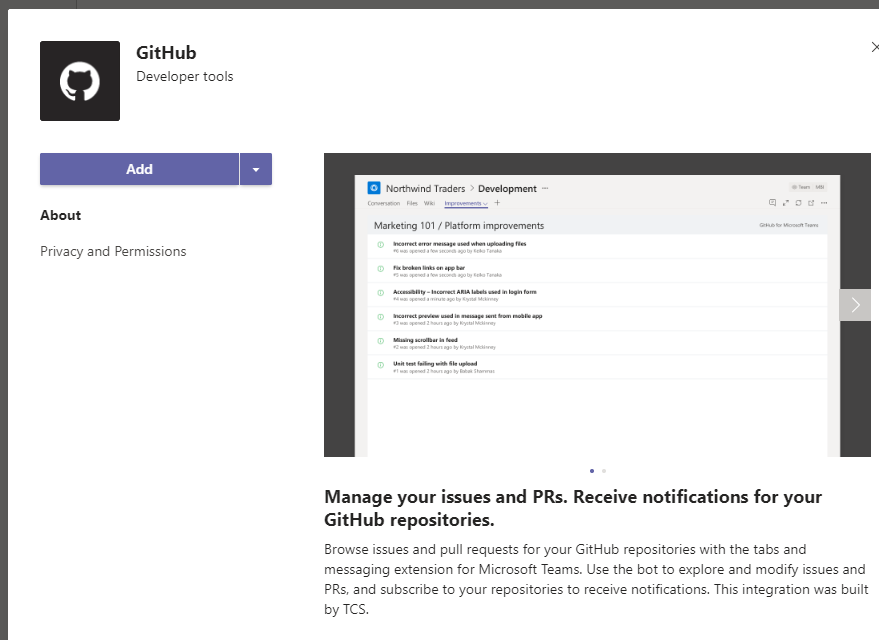 In addition to the GitHub app, this year we added three new Teams apps to complement features in Azure DevOps. The new Azure Boards, Azure Pipelines, and Azure Repos apps give you even more access to your assets in Azure DevOps directly from your Teams channels.

With the Azure Boards app, developers and their teammates can create an monitor work items from your Azure Boards in your Teams channel. 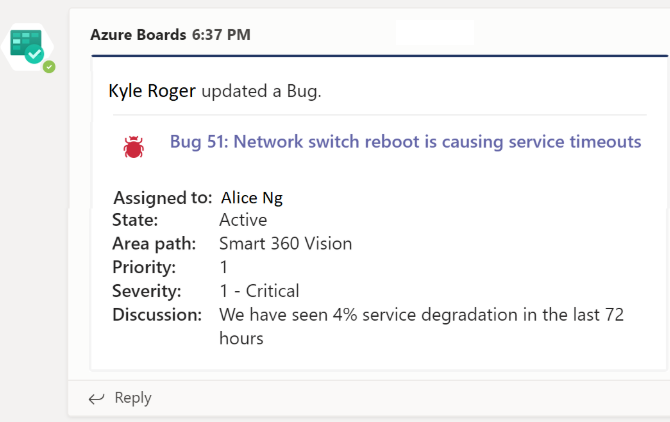 The Azure Repos app for Teams lets you easily monitor your repos in Azure DevOps by getting notifications in your Teams channel when code is checked in or when a pull request is created. This keeps your team fully informed of what’s happening in your repo. Bot Git and TFVC repos are supported. 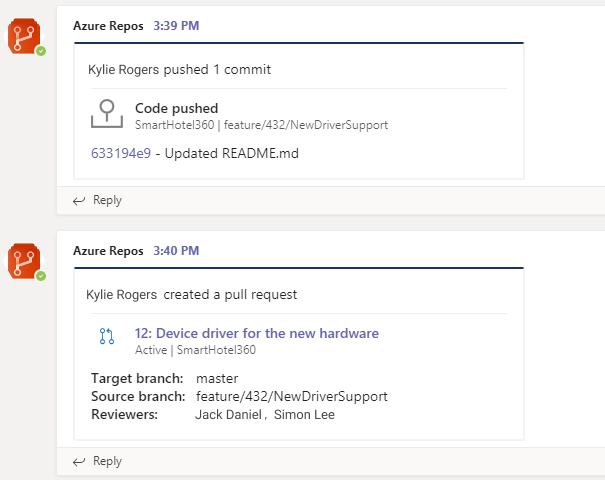 The Azure Pipelines App for Teams allows you to easily monitor activities in your Azure Pipelines. You can set up subscriptions for builds, releases, YAML pipelines, pending approvals and more, with notifications to the Team channel. 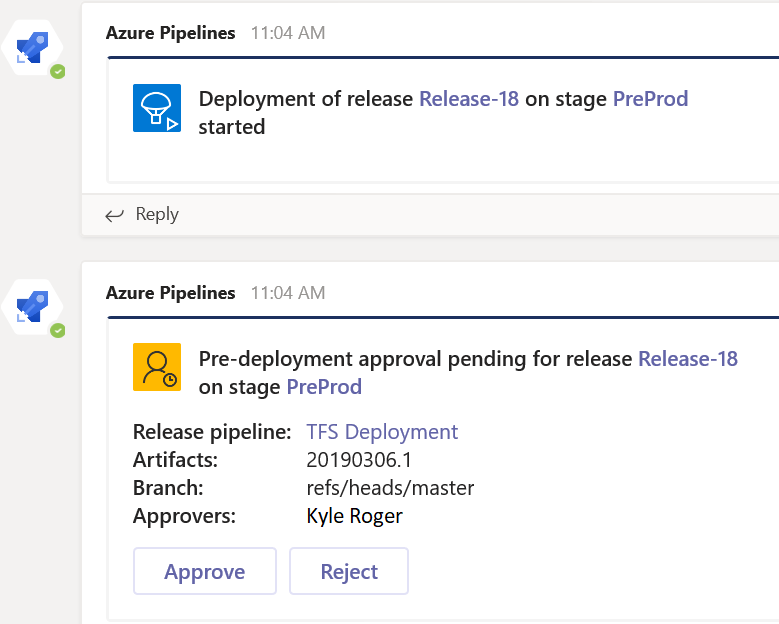 These new apps for Teams give developers the ability to keep their teams in close collaboration with real-time notifications about all the important activities and events in their projects.

DACPAC always changes previously replicated tables on the target
Learn how to prevent the DACPAC from rebuilding all objects that once participated in transactional replication and have no changes in development.